Fortnite has become one of the most perplexing games to grace esports in recent memory. Rapid-fire actions per minute combined with analyzing other players’ movements are only a few of the details that top-level Fortnite has become.

We have seen Fortnite Competitive go through some troubling times over the course of 2020, but now the future is looking bright with the announcement of Trios for the duration of 2021.

Trios is a game mode that is typically comprised of three separate roles.

An in-game leader, someone who is directing the other two players and is typically in charge of rotating and tarping through the chaos that is endgame.

A support player, one responsible for dropping the leader materials and supporting other players when trying to engage another team.

And finally, a fragger; one that is best known for finding easy eliminations so that they can replenish their materials.

These three roles have been vital throughout the Trios game mode, but one player has emerged as one of the elites in multiple roles. It is not often we see an IGL possess the mechanics and aim of some of the elite fraggers within the scene.

But, Evan ‘Cented’ Barton has emerged as one of the best in both of these regards. The star player for worldwide organization Team Liquid has maintained consistent results throughout the year and has rightfully earned his spot as one of the best players in 2020.

Be sure to follow Cented on all of his social media accounts which we have linked below!

Cented was previously known for his domination in the North-American West Trio FNCS, where he and his two teammates; Ben "Edgey" Peterson and ‘Rhex’ steamrolled the competition.

In the New Year, Cented and Edgey relocated to Virginia; to play within the highly competitive North-America East region, along with obtaining that elusive zero ping within Virginia. Regarded as one of the most popular duos within the scene, the pair have played nearly every team event together since the Fortnite World Cup Qualifiers.

Before the back-to-back Solo FNCS; the pair accomplished the following results:

Although the pair fell short in the Duo FNCS Grand Final, they have been a force to reckon with ever since they landed within NAE.

One Of A Kind

Cented is one of the rare IGL’s within the game, as he is equipped with the mechanics and aim of someone who under normal circumstances would be a fragger within a team. T

his has been praised heavily by former Team Liquid player and friend of Cented; Ryan ‘Chap’ Chaplo. The latter is recognized as one of the premier IGL’s in Fortnite’s history but has faltered when it comes to solo plays or the ability to eliminate other players.

Cented has taken a new dedication to this, as he has produced some of the best solo results we have seen out of an IGL; and it appears he is only getting better as time progresses.

He has managed to place highly in the following solo events throughout 2020:

This is evidently one of the most vital components of an IGL; layer changes and when to do so is what some of the best IGL’s such as Chap and Zayt have honed to perfection. Taking a look at any of Cented’s recent endgame highlight videos; the 17-year-old has a mental fortitude that is one of the best within Fortnite. 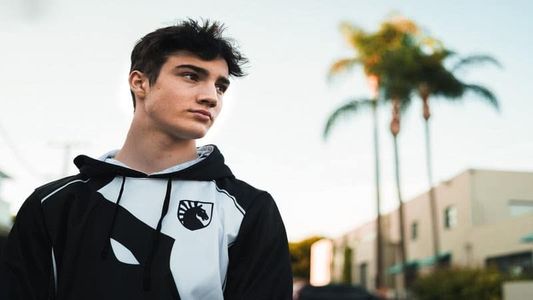 Knowing when his layer is about to get too congested or when to go up to take the high ground are all overlooked aspects of most IGL’s game. We often do not get to know what is going on within their minds, and for the most part, we see a lot of the same when it comes to tarping and weaving in and out of certain builds.

Speaking in a recent interview after Cented after his Trio won the Chipotle Challenger Series; we got a look into what goes into the perplexing thought process that is an IGL. Noting that because of the new ‘Rift Fish’ within the loot pool; it has become increasingly easier to take the low ground as opposed to last season. Cented also noted that these Fish have generated more layers within endgame, because of the fear of a team rifting above everyone.

This little snippet inside Cented’s mind is just a glance of how proactive IGLs need to be within Fortnite. The meta is constantly shifting, and players are only getting better and better each day. Being a mastermind during a match can only get you so far, and Cented has proved to be a unique talent within the community.

Looking ahead to 2021; Cented, Edgy, and Commandment have solidified themselves as one of the top two trios in NAE, if not the best.

The Trio was recently crowned victors at the Chiptole Challenger Series, and with the next wave of FNCS beginning on February 4th, 2021; all eyes will be on Cented and co as they look to captivate even more success within the NAE region;