Level up FAST with these tips

As Treyarch prepares Call of Duty: Black Ops Cold War for the first season of post-launch content, the developer has announced that there will be a period of Double XP and Double Weapon XP in multiplayer and zombies.

The first season of content for the fifth chapter of the Black Ops sub-franchise launches on December 16th after a short delay.

Season One is set to be the largest drop of free content in the history of Call of Duty, with new maps, Operators, game modes, and more set to arrive during the course of the season.

Before the new season gets underway, the period of Double XP and Double Weapon XP is the last chance for players to reach third Prestige before a brand-new level progression system is added.

With so much XP up for grabs, what exactly is the fastest way to reach the top level?

For those that have yet to reach Level 100 in the pre-season, Double XP is the perfect time to reach the highest possible level before your level is reset to 55 for the start of Season One.

With the opportunity to earn tens of thousands of XP points to level up, there are a few techniques that can be utilised to maximise the amount of XP earned in a single multiplayer match.

These techniques suit all styles of play, so you can play however you choose to and still reap the rewards. 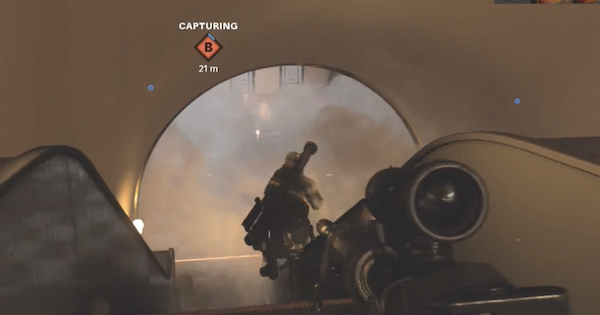 This is a simple, yet extremely effective way to earn some additional XP during a match.

Select Kill Confirmed, Hardpoint, or Domination and focus on collecting tags and securing control of the objectives.

There is plenty of XP that can be earned by simply collecting the dog tags in Kill Confirmed alongside Domination and Hardpoint, where you receive XP bonuses for taking control of objectives and scoring eliminations when inside the points.

Another way to maximise your XP earnings is by completely ignoring the objective altogether and focus on eliminating as many opponents as possible.

This usually works best on Team Deathmatch where the sole objective is to score more eliminations than the other team.

By scoring more kills, the greater amount of XP you will earn. We recommend using the Krig 6 or MP5 depending on how aggressive you want to be!

It’s important to utilise Double Weapon XP when you want to move through the ranks quickly.

By ranking up the 29 weapons in the Black Ops Cold War arsenal, you receive XP when you unlock a new attachment.

This is a sure-fire way of further increasing your XP total, allowing you to reach the top level that much faster.