Sackboy A Big Adventure Review: Rooting For The Little Guy

There's always been something comforting and uplifting about Sackboy, the LittleBigPlanet protagonist first introduced to us during the PlayStation 3 era. It's been a whopping six years since we had a chance to spend time with the little guy, but now that the PlayStation 5 is finally here, we've got a new chance with Sackboy: A Big Adventure.

Though Media Molecule isn't on board to fashion a new adventure for the diminutive hero, Sumo Digital was kind enough to step in to create a whimsical, magical adventure that takes Sackboy and brings him into a sunny environment to test his platforming skills: Craftworld. 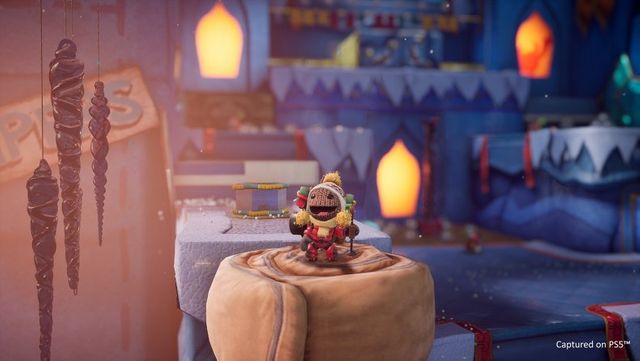 Sackboy is as endearing as ever

The PlayStation 5 needed another brilliant platformer after launching with Astro's Playroom, and it got it with Sackboy: A Big Adventure.

Sackboy has a wide variety of new moves with him that helps move him past the 3D exploration space and into a more purely platforming space like that of the Mario classics or Crash Bandicoot. Sackboy can now cling to things, pick up helpful gadgets, and learn a variety of different abilities. This new arsenal makes for an interesting new set of stages that are extremely fun to explore.

Sackboy must challenge a variety of new stages as he works to thwart Vex, the game's villain who's working to enslave all of Craftworld. You can work solo or with up to three friends thanks to the game's co-op mode to explore five unique worlds and a few bonus environments to bring his misdeeds to a halt. 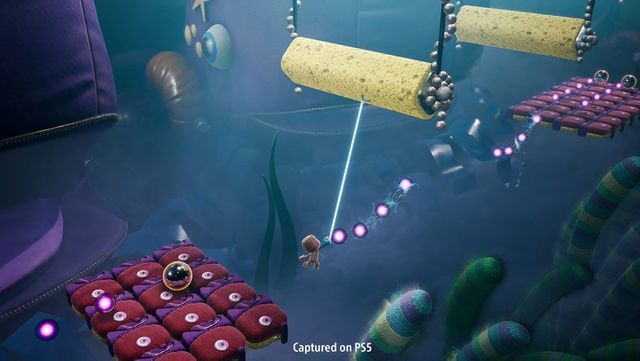 From dazzling sci-fi cities to hidden underwater kingdoms and everywhere in between, Sackboy has his work cut out for him as he toddles his way through areas that you need to poke and prod every inch of. But since Sackboy has a new and improved arsenal, doing so feels more like a vacation of sorts and less like work as the LittleBigPlanet games often felt like.

Those moves include jumping, punching, rolling, and more, with a variety of stage-centric pick-ups you can use, like shurikens in later stages or even jet boots you can use to hover over to areas. You'll have to be crafty about using these items, as you only have them for a short amount of time, but they make your journey through Craftworld with Sackboy a wholly enjoyable one.

While the game isn't very long, spanning about 12 hours to complete its main set of worlds and challenging bosses, it never feels like you aren't getting the most you possibly can out of the experience.

It can get repetitive, sure, but it's such a pleasant romp that you never really notice that you're sometimes performing the same formulaic actions again in some areas. Plus, you have plenty of tongue-in-cheek jokes and silliness to contend with that’ll keep you going throughout the game as well.

Sackboy: A Big Adventure is one of the best ways the PlayStation 5 could have reintroduced Sackboy and the LittleBigPlanet series. While you may end up wishing it were a full-fledged level design toolkit the way the LittleBigPlanet series previously offered, it’s everything you could have wanted from a solo adventure for the little guy and more. It’s just a shame it isn’t longer.