The Pokemon villains are back, it's Jessie and James!

Pokemon GO will be holding special events in collaboration with the new Secrets of the Jungle movie throughout December 2020!

As part of the event, Pokemon Team Rocket Leaders Jessie & James are returning to the game from Monday, December 14, 2020.

Whilst Jessie & James are not quite as hard to beat compared to other Team Go Rocket Leaders, they are slightly more challenging than a normal grunt.

So keep reading for tips and counters on how to defeat them, plus all you need to know about event times and their balloon spawn rates.

During December, a limited-time Special Research story inspired by the film 'Pokémon the Movie: Secrets of the Jungle' will be available.

Complete this research line to encounter Shiny Celebi. In an odd twist of events, Jessie and James will be guiding you through this Special Research story instead of Professor Willow.

Jessie and James will be returning in their Meowth balloon with different Shadow Pokemon to battle.

How to find Jessie And James Meowth Balloon

If you want to know how to find Jessie and James Meowth balloon, then you need to make sure you keep your eyes locked on the skyline and map within the game.

Obviously, the Meowth balloon is a little easier to spot compared to the normal Team Rocket Balloons, but you need to remain observant.

According to the experts at Pokemon GO Hub, the Meowth balloon spawn rate is once in every 6 hours.

Unlike other Team Go Rocket Leaders, players will actually fight Jessie and James back to back.

This isn't all too difficult with the right lineup, not least when you're able to heal during the fights as well.

To make things that little bit easier, both Jessie and James will always use the same Pokemon team, so at least you know what to expect.

Players who beat Jessie and James will receive 500 Stardust and a Rocket Radar component for each victory.

But the real prize is being one step closer to that Shiny Celebi.

Need help defeating Jessie and James? Don't worry, have a read of these counters just below 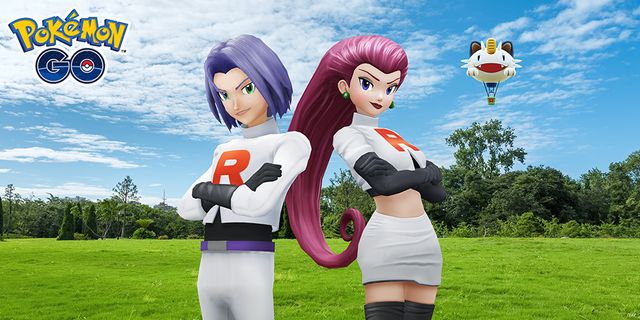 Your best counters for Scyther are fire and rock type Pokemon, who are strong against bug-type Pokemon like Scyther.

Ekans is weak to ground-type Pokemon. Since Ekans is a pretty weak Pokemon you can get away with using any of your strongest Pokemon, regardless of their type.

Stantler is weak to fighting-type Pokemon. Since Stantler is a pretty weak Pokemon you can get away with using any of your strongest Pokemon, regardless of their type.

Your best counters for Pinsir are fire and rock type Pokemon, who are strong against bug-type Pokemon like Pinsir.

Koffing is weak to ground or fire-type Pokemon, but given that Koffing is also a fairly weak Pokemon you should be able to get by with any strong Pokemon regardless of type.

Grimer is weak to ground or fire-type Pokemon, but given that Grimer is also a fairly weak Pokemon you should once again be able to get by with any strong Pokemon regardless of type.

Head back to our main Pokemon category for all the latest news and detailed step-by-step guides. Otherwise, make sure you're up to date on the current Egg pool, Ditto Disguises and Field Research Tasks, including the current Spinda you can catch in the wild. We've also recently learnt about some of the upcoming Pokemon GO January 2021 Events, including the next January 2021 Community Day and a special New Years Eve Event - So there's plenty to look forward too!