2020's most anticipated game quickly turned into a dumpster fire upon release.

Cyberpunk 2077 is CD Projekt Red's latest entry into the gaming world and while it received decent reviews early on, things quickly turned sour.

Though, past all the bugs and glitches on current-gen consoles, one aspect of the game that has been receiving a lot of concern is the game's chosen point of view.

Opposed to their last title, The Witcher 3; Cyberpunk 2077 will be a first-person game for the most part.

But, will there be any third person segments?

A Cyberpunk 2077 will let players finally experience the game in third-person!

It's still being worked on, so expect hiccups here and there, especially as some animations were designed to never be seen because of the game's first-person only perspective.

The mod was made by Jelle Bakker and can be installed after you've downloaded Cyber Engine Tweaks.

Then all you have to do is grab the TPP mod, with different versions for male and female characters for weird technical reasons, and extract it to the \Cyberpunk 2077\bin\x64 directory.

With that all done you should be sorted, at least on PC! 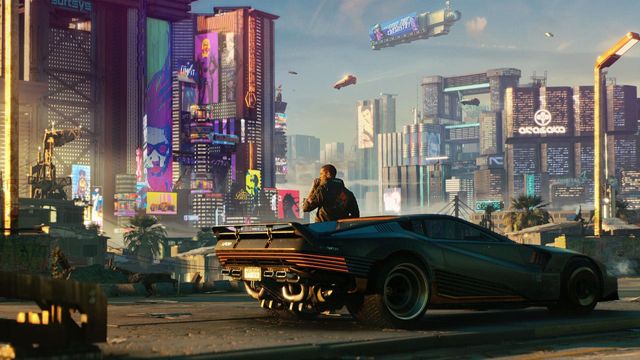 Driving in video games always feels weird. Unless it's a dedicated simulator, trying to manoeuvre in first-person feels nearly impossible.

Thankfully, you can toggle the settings to a third-person view!

It has all but been confirmed by the developers that the game will only be in the first person, outside of driving and without using mods.

They have noted that they want players to be fully immersed within the Cyberpunk world over the course of the game.

This has upset a lot of players, as a first-person game with the amount of customization available within Cyberpunk seems a tad odd.

But, we can assume over the course of the game there will be cutscenes where players will be able to see their player in the third person.

All of the customization within the game would seem rather pointless if we couldn't see our character every now and then!

Be sure to let us know if you are excited for Cyberpunk 2077!