The December POTM race is underway!

The December POTM award will be decided this month as the final award of 2020 is in the hands of the voters.

December produced a flurry of entertaining action with lots of top contenders (and cards) in contention.

Let’s look at the front runners for the December POTM awards for the Premier League, Bundesliga, Ligue 1 and La Liga.

Here's what we know about the December POTM award.

The Winner is Bruno Fernandes! Click here for the cheapest solutions.

Bruno Fernandes could be received back to back Premier League POTM items after he led Manchester United to an unbeaten December period in the league, earning 8 goal contributions and 5 wins for his side.

We’ll have to wait and see who else is in the voting, as Salah also had a very good Christmas period with 5 goals and 2 assists, with El Ghazi, Rashford and Vardy all on 5 goal contributions and strong December records. 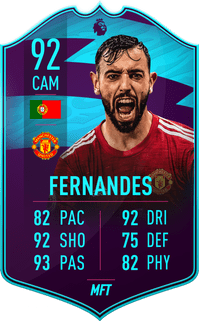 The Bundesliga POTM nominees are now in - here's who you can vote for!

Vote for your winner here.

We originally predicted Silas Wamangituka’s basket - but given the nominees, we wouldn't be surprised to see Lewandowski receive the award again.

The La Liga POTM nominees are now in - here's who you can vote for!

You can vote for the winner here!

While Messi and Benzema are both in the voting, we’re going with Iago Aspas for our prediction, as he had the most goal contributions across the month, as well as having a very strong record with Celta Vigo, winning 4 and drawing 1 in their 5 matches.

We wouldn't be surprised to see Messi win the award thanks the fan voting. 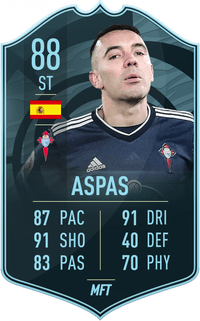 For the Ligue 1 POTM for December, Karl Toko-Ekambi looks to be a very likely selection, after a strong month out on the left side of attack for Lyon. 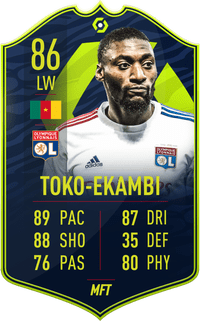