Fortnite Map: How Has The Map Changed Since Chapter 1 Season 1?

Where we dropping boys?

Fortnite’s Map was an instant icon from the moment players dropped down from the Battle Bus back in September 2017.

Players instantly came to love, and hate, the many locations which existed to explore, discover and (most importantly) loot.

Though the map has gone through many iterations, adding new POIs (places/points of interest) over time, and even had a whole new revamp for Chapter 2.

Here is everything we know about Fortnite’s Map, and how it has changed since the game began in Chapter 1 Season 1!

Codenamed Athena, the first map was home to Fortnite’s Battle Royale for just over two years, until Apollo debuted in October 2019. 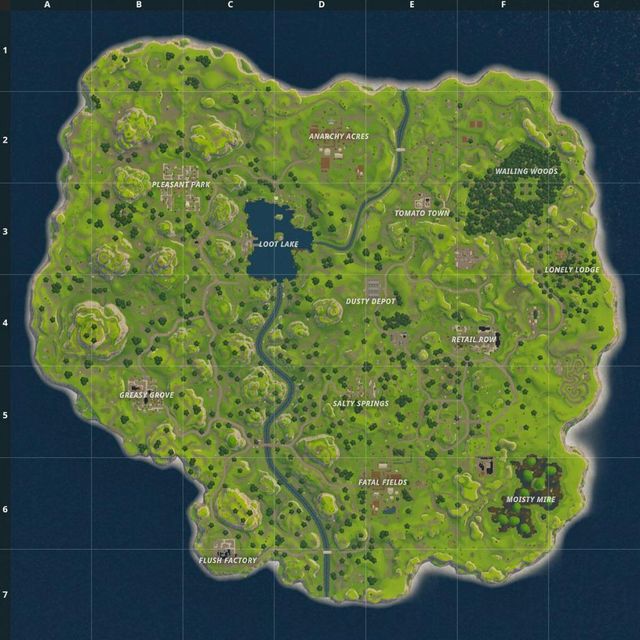 Looking back on it, the Season 1 map felt bare but did introduce some fan favourite locations.

Dusty Depot sparked many a meme video with YouTubes set on demolishing it.

And with Tomato Town and Greasy Grove appearing, a lifelong rivalry between Tomato Head and Beef Boss began.

Despite being Athena’s most Iconic locations, Tilted Towers didn’t show up until Season 2!

Tilted quickly became THE location for players to land, boasting so amazing loot offerings and was the go-to POI if you wanted to start off game guns blazing.

Perhaps Tilted Towers late edition is what turned it into the mem it became, but whatever the reason it shall never be forgotten!

Kicking off Season 4, a giant Meteor crashed into the Island destroying Dusty Depot once and for all. Though, in a twist of fate, players actually rebuilt it this time!

Dusty Divot wasn’t a super iconic stage in and of itself, a wide-open space with high outer walls, it was easy to get sniped in. But Divot’s addition was the first time we saw the map remove a location so it’s worth mentioning!

Season 5 really mixed up the Island like never before. The Visitor’s rifts had major effects, bringing the Drifter from our world into the game, and meant major changes to Athena. 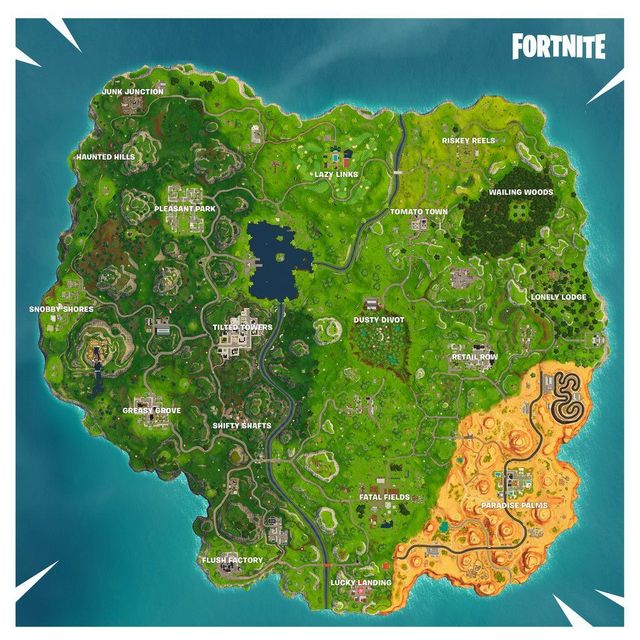 While none of the new POIs captured the attention of layers like the OGs, the island started to feel more alive with their inclusion. It also felt like Tilted was no longer the one place players wanted to land. With so many new POIs, it felt like casual games spread out a bit more and allowed for fights in all corners!

Kevin, a large Cube which appeared in Season 5, had finished exploring the Island and had morphed the Lake into Loot Lake. The all powerful object did so by raising up the island at it’s centre, creating a floating island above it. 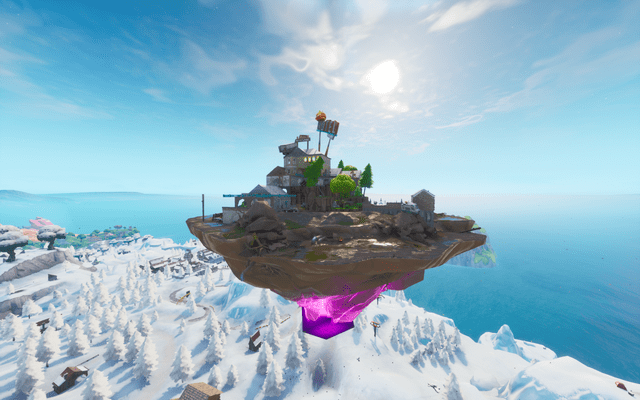 This Island became the first moving POIs, and this Season started to turn Loot Lake into the important POI it would become.

Snow and The Block

Season 7 turned the South West corner of the map into a snowy tundra, though The Block is more what we want to highlight from this season! Creative was becoming a much bigger part of the Fortnite community, and The Block was an awesome way to show off what the community could do to other players!

It was this writer’s favourite POI to exp[lore each time it changed and we hope to see it return in Chapter 2!

Yes, a massive fiery mountain burst out from the map, and a Pirate’s lagoon appeared as well. Season 8 made the map feel pretty much complete we’d say. It felt full, but not bursting. A near perfect amount of interesting POIs, each with unique reasons for landing at them.

Apart from Slipstreams, and changes to preexisting, Season 8 and Season 9 were fairly similar map wise, and it allowed the locations to become familiar going into Season X.

The End of Athena

Season X marked the last time we’d ever see Athena and boy was it wild.

Neo Tilted fluctuated between its futuristic self, an old timey wild western town and the iconic Gotham City. A Borderlands POI, with unique art appeared near Sweaty Sands, and the Floating Island returned, this time with a Motel. 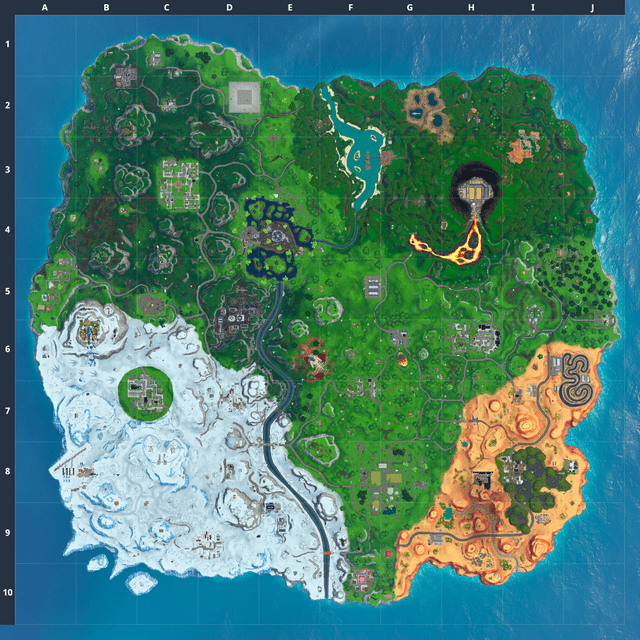 Season X was a crazy homage to everything that made Fortnite amazing! Honouring the best, and worst of the game’s two years as a Battle Royale. And then, when it was all over, it ended.

Out of the ashes of The End event, a whole new map arose. A few POIs returned, most did not. 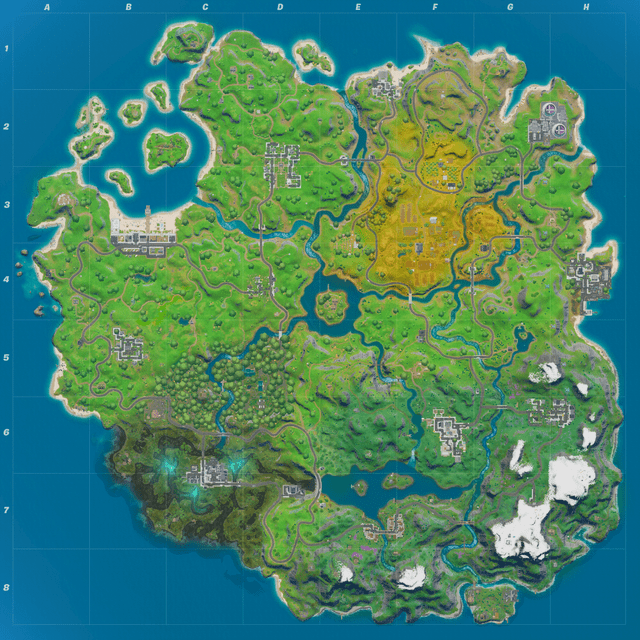 Apollo was Fortnite’s first major rest, and after how perfect Athena Felt Season 8 onwards, it was hard for Apollo to compete. One major change became water, Loot Lake had always been annoying, with inch deep waters slowing you down. With swimming now a mechanic, Apollo was able to instantly feel like a very different map from the get-go, and despite its early flaws, we loved it!

The Spy themed Season 2 introduced NPCs and secret bases, an awesome way to make Apollo feel more alive than any Fortnite map ever! 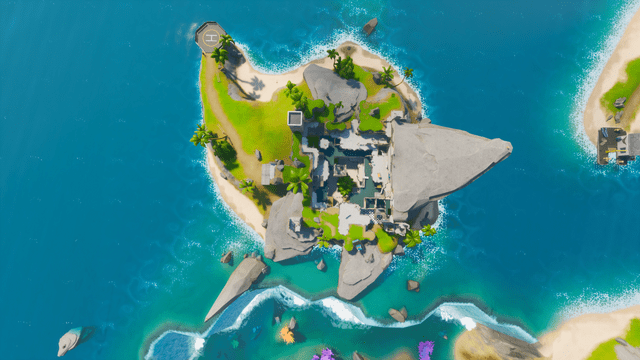 We adored the opportunity to do battle with NPCs for powerful Mythic weapons, and the added Henchmen made the map that bit more dangerous.

We also got a Deadpool yacht, what more can we say!

The POIs of Season 2 were moved by the massive Tidal Wave which appeared, and The Ruins opened up. The map didn’t change too drastically, but we loved the new additions!

Our only issue is Season 3 made many of Season 2’s POIs seem useless, but otherwise, the map began to feel a bit more full again!

Season 4 of Chapter 2 was crazy for Marvel references across the map.

Sentinels appeared on the mountains, Doctor Doom took over Pleasant Park and Stark Industries fell on top of Frenzy Farm! As massive Marvel fans, we adored everything that came, and there’s so much we can’t explain it all in just a paragraph!

Though our Favourite POI was the massive Black Panther statue called Panther's Prowl. Intentionally or not, it was a brilliant tribute to the late, great Chadwick Boseman who played the character in the MCU and passed away in August. 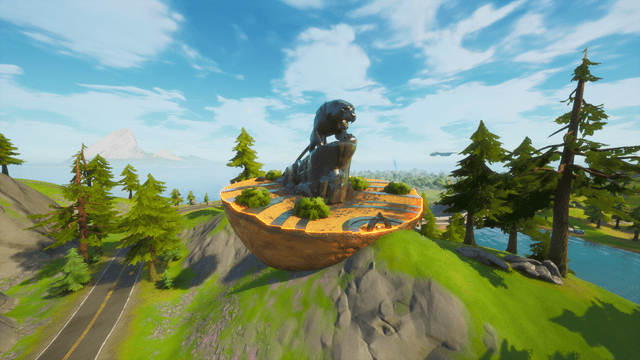 Chapter 2 Season 5 is where the Island currently is. A bunch of awesome new POIs have landed, like Colossal Coluseum and Hunter’s Haven. This Season has begun to feel like Season 8 did in Chapter 1, and we are finding every location to be as good as the next! 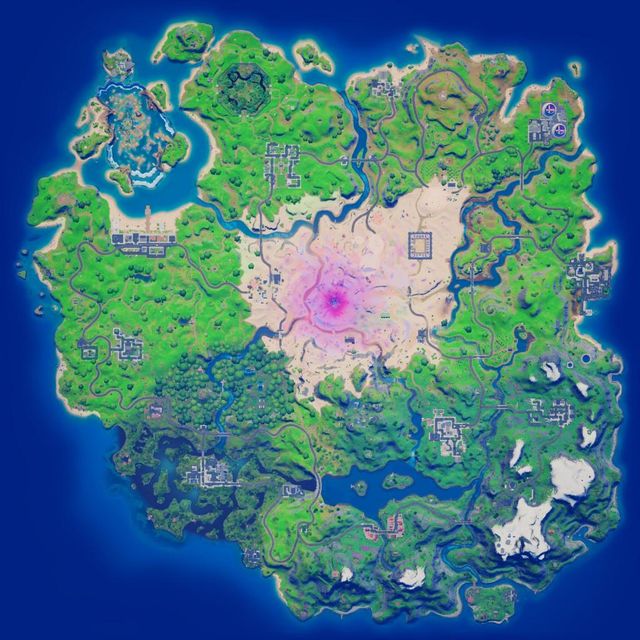 We’re also noticing that Athena has begun bleeding into this reality, with locations from the original island reappearing and melding with areas on the new map in the corresponding location. Exactly what this all means we don’t know for certain, but we just can’t wait to see how everything continues to progress!