Close your eyes, and imagine someone asked you which franchise deserves a battle royale/multiplayer shooter spinoff. What did you think of?

It almost certainly wasn’t Worms, with the long-running franchise (kicking off all the way back in 1995) moving into realtime combat with Worms Rumble. 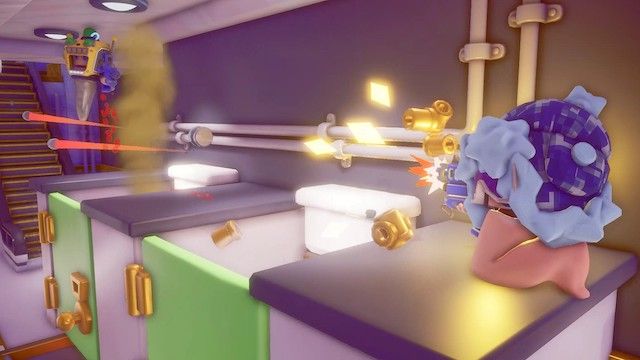 Worms has traditionally always been a turn-based title that revolves around blowing up your fellow invertebrates using increasingly bizarre weaponry, and it’s impressive how much of that DNA makes it to Worms Rumble despite the move the realtime shooting.

Sure, it’s no longer turn-based, but if you grew up throwing exploding sheep, flying with a jetpack, or slapping other worms with a baseball bat, you’ll feel surprisingly at home despite the change of perspective and pacing – although we’d have liked more than 10 weapons (although the Holy Hand Grenade is tough to find).

That means you’ll be hunting down increasingly extravagant weaponry with which to lay waste to your foes while doing your best to stay alive with healing and shields. 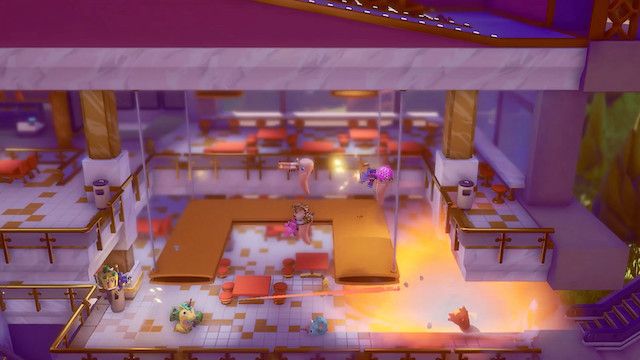 Expect to spend plenty of time in the air – as all worms do, obviously.

Perhaps the biggest surprise here (other than the fact that the game actually exists), is in how well your tubular troopers control.

Guns offer great feedback (particularly on PS5’s Dualsense), and scouring the maps for ambush opportunities is faster than you’d perhaps expect. Each worm is able to “sprint”, with sneaky passages to allow for flanking opportunities.

While the PS4 Pro runs at 60 FPS, you’ll need the PS5 to be able to hit 4K, but Worms Rumble’s slapstick, cartoonish style feels right at home in realtime, especially within the confines of its colourful arenas.

Thanks to cross-play (and the game being free with PlayStation Plus this month), matchmaking times are short and it’s easy to finish one match and jump straight into another.

The only real gripe we have is in the medium-to-long-term viability. The game looks great, plays well, and offers a fair few hours of fun with friends, but with just three maps and two modes (three when you add the squad-based Battle Royale), it feels like it’s desperate for new content.

While a little on the short side when it comes to content, it turns out that taking the Worms out of the comfort zone they’ve largely resided in for over 20 years was a stroke of genius.