Call of Duty: Black Ops Cold War Multiplayer: Will A Daytime Version Of Miami Be Released?

Will the sun shine in Miami?

Call of Duty: Black Ops Cold War is now available across a total of five platforms.

The fifth chapter of the Black Ops sub-franchise is preparing to enter its first season of post-launch content.

As the new season approaches, developer Treyarch is no stranger to releasing daytime versions of maps often played under the cover of darkness.

Although it doesn’t look like players will be basking in the Miami sunshine anytime soon, is there a possibility of a daytime version of Miami appearing in Black Ops Cold War in the near future?

Here’s everything we know about Daytime Miami.

Over the years, Treyarch has introduced plenty of daytime maps which offer a different perspective on maps that are always seen in the dark.

Miami has received its fair share of criticism since the alpha, primarily for the map being far too big and for being far too dark.

In theory, a daytime iteration of the map could easily rectify one of these problems, but could it swing the opinions of players from despising the map to enjoying it?

Nothing official has been confirmed regarding a daytime Miami map arriving on Black Ops Cold War.

For those wondering what the map could look like, Reddit user l3xex has posted a render, and in our opinion, it looks incredible. 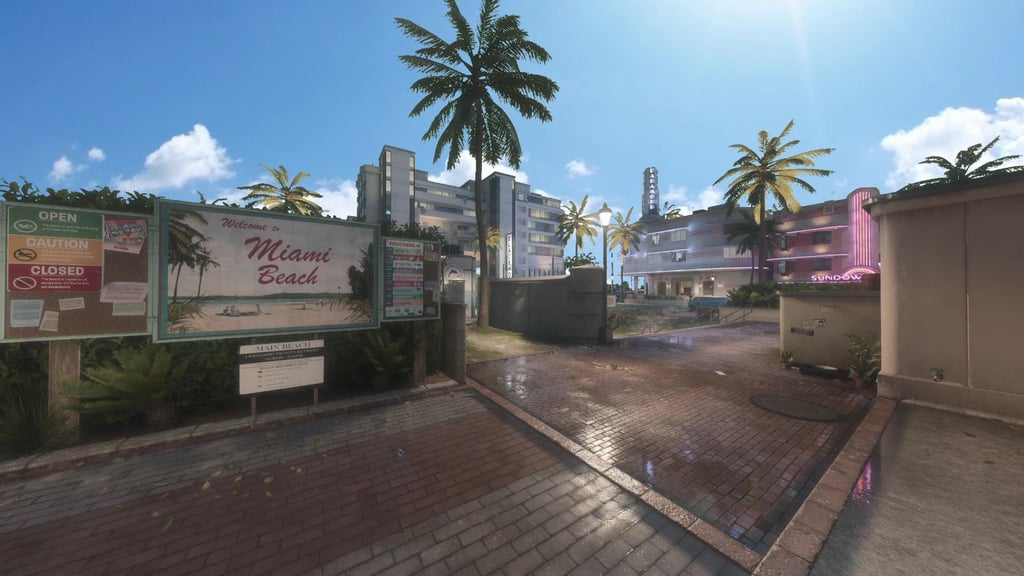 Although Miami isn’t the most popular map in Black Ops Cold War multiplayer, the post received plenty of positive comments from other users.

As the game cycle progresses, there is always a chance of the gloomy darkness of Miami transitioning into a summertime paradise as a piece of seasonal content.

For now, we will have to make do with Miami in its current form.