Who are the favourites for the November POTM awards?

Here are all of our predictions for the awards this month across the leagues, as well as all the info for voting, nominees and the confirmed winners so far! 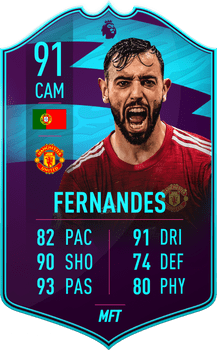 It’s hard to look past Bruno Fernandes for the Premier League November POTM award, after guiding Manchester United to 3 successive wins in the league.

With 4 goals and 1 assist, Bruno had a say in nearly all his games this month, earning an IF for his 3 goal contributions in United’s 3-1 win over Everton on Nov 7th.

You can view all the nominees and vote for your Premier League November POTM here. 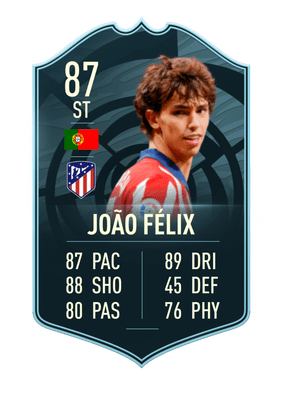 The voting for the La Liga POTM award is underway, and given the nominees, which you can view here, it’s highly likely that Joao Felix will be the recipient of the November POTM.

Despite only earning 2 goals and 1 assist throughout the month, the young Portuguese forward will no doubt earn a large chunk of the fan vote, given his popularity in both FUT and in real world football.

POTM Max Kruse seems to be pretty much a certainty, given his 9 goal contributions in the league, leading Union Berlin to 10 points out of a possible 12 this month in the Bundesliga.

While Haland is close behind with 5 goals, Union Berlin’s record should mean the German earns his first POTM item, and 2nd special card of FUT 21.

The Bundesliga POTM voting will kick off soon, and you’ll be able to cast your vote here once voting opens and nominees are announced.

While it hasn’t been the most exciting Ligue 1 POTM race, with no Neymar, Mbappe or Ben Yedder to discuss, we could still be getting a very strong selection this month in Montpellier’s Andy Delort.

Delort earned himself 5 goal contributions this month in Montpellier’s perfect run, as well as an IF for 2 goals and 1 assist in their 4-3 win over Strasbourg on the 22nd.

Voting will commence soon for the Ligue 1 POTM, and you can vote here once the voting opens and nominees are revealed later this month.