Make your enemies sleep with the fishes.

A bizarre but enjoyable mix of sim/management gameplay with turn-based tactics, Empire of Sin is a very pleasant surprise in an otherwise AAA focussed quarter.

It's something unique, and an entirely new way of approaching a mafia videogame.

Offering a city that’s there for the taking, some bugs and iffy AI stop it short of greatness, but that hasn’t stopped me spending dozens of hours in Chicago.

Read More: XCOM 2 Collection iOS Review: How Does The King of Tactics Games Fare on iPhone and iPad? 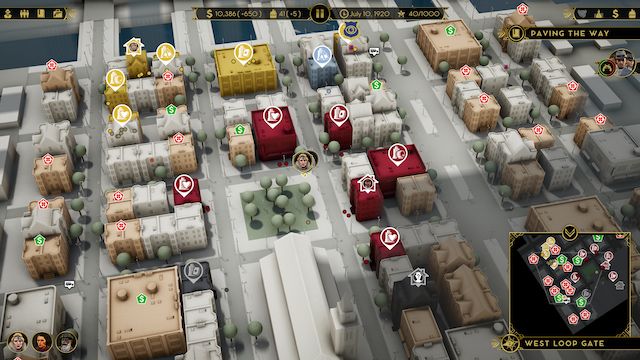 It won't be long until you start taking over businesses

The year is 1920, and I’m sick of being downtrodden by the gangs in my part of Chicago. With just a handgun, I wander into a speakeasy bar owned by a rival and gun down the security before claiming it as my own.

Of course, what’s a bar without alcohol? Luckily, the same boss I liberated the bar from has his own brewery just around the corner. I wander in with the two reprobates that wanted to be part of my empire on the ground floor, shoot up the place, and take that over, too.

With the two together, I can start making money. I fit the bar with a stage and hire a band, and everything is going swimmingly until its previous owner asks for a sit-down.

If any of the above sounds good to you, you’ll love Empire of Sin. A mash-up of a business sim and turn-based combat firmly in the vein of XCOM, both sides of the equation have their issues but the whole comes together surprisingly well. 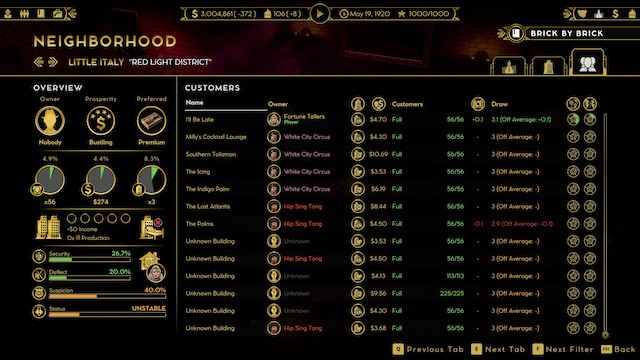 Expect to spend a fair amount of time poring over numbers

Chicago is a tough city to live in, but it has its charms. Detailed streets, NPCs going about their day, and plenty of criminals to recruit make this a powder keg of chaos – and you’re the fuse.

Players step into the role of one of several bosses, each with their own personalities and (often hilariously over the top) voice-acting, as well as unique skills and bonuses.

From there, you’re set loose on the streets to build up your businesses (and your armies) as you see fit. Unfortunately, a bland UI makes much of this feel like busywork, especially with a realtime passage of time that’ll cost extra funds to rush along.

It’s exciting to take over a business and hire staff to take care of it, but having to wait to have a new bar installed drains the feeling of being a mobster of its urgency and makes you feel more like a middle manager. 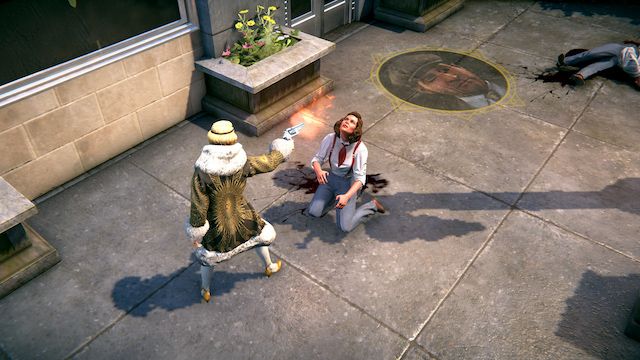 That’s not helped by the fact that combat, despite being very “by the numbers”, is enjoyable – meaning trying to act diplomatically and slowly build your criminal legacy feels less enjoyable than just heading into an enemy boss’ place and taking them on in a firefight.

If you’ve played any turn-based tactics game such as XCOM or even Mario and Rabbids in the last few years, you’ll instantly recognise the cover and half-cover systems, as well as hit probabilities and even the combat interface.

Where it struggles compared to its contemporaries is in its implementation of bosses and general enemy AI.

Getting the drop on a pair of flanking enemies with a shotgun blast from your second-in-command is great. But simultaneously, cornering the rival boss only to discover he's got a ridiculously over the top amount of health and subsequently requires a comical number of shotgun rounds to take him down, is less enjoyable.

Then there’s the AI, which every so often feels more focused on running around maps than actually fighting you.

Incidentally, that's what happened when I cornered said boss. In fairness, if three wiseguys jumped me with their shooters I'd run away too – but having to chase the AI for three turns simply to complete the mission is a chore.

It’s the kind of thing that’s likely to be patched, and it doesn’t happen in every fight, but it definitely makes a mockery of the whole 'gangster' experience you're attempting to live and breathe.

Empire of Sin has its issues (I haven’t even mentioned the almost non-existent police presence), but much like a speakeasy club with a killer band and a well-stocked bar, I can’t turn away.

While playing the long game by raising funds and being diplomatic doesn’t feel as satisfying as declaring war on a rival boss and showing up uninvited, with a gun as your “plus one”, Empire of Sin feels just a few tweaks from greatness.

If you're looking to make money and enemies in equal measure, Empire of Sin is well worth a shot.

Reviewed on PC
Review code provided by the publisher