Fortnite: How To Complete Bounties And Interact With NPCs

Fortnite Chapter 2 Season 5 has finally arrived for players all over the world.

The new season has seen some decimation to the map; and we have now won the Nexus War against Galactus.

An ample amount of weapons have been vaulted ahead of the new season, but it appears some are not leaving for certain.

A new interaction method with NPC's around the map has been noted within the files.

These NPC's are going to offer some fantastic weapons in exchange for certain items you obtain during a match.

Here's how to interact and use one of them!

Ahead of the release of the new season, multiple Fortnite data miners including VastBlastt and HYPEX noted that these NPC's would have a massive role within the new season.

Here are some quick details about these new NPC's:

You can now find MPCs around the map and pay them to help you do different things. You can also buy items/weapons from them!

They are similar to Minecraft villagers!

From what i understand (based on the files not gameplay):

There will be Couches, ATMs, Cash Registers & Dryers, you sell? them to some machines? for the Wad currency that lets you buy weapons from those new NPCs.. the machines do 200 damage if they explode

So, it appears these NPC's are going to be the key to obtaining insane loot as games progress.

While these NPC's are great and all, there are only certain locations around the map where you will be able to find these.

We will be sure to update this piece when we know where the NPC's spawn at.

Here are all the quests these NPC's will be able to give you via HYPEX:

This form of currency is what the NPC's are going to take in exchange for weapons and other consumables.

Players will be able to obtain this currency by various methods including eliminating other players! 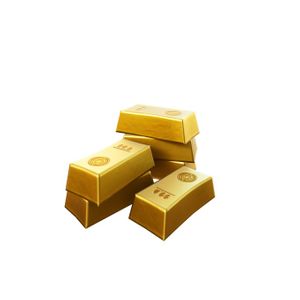 Trading in certain items will reward you with incredible loot.

Some of the items you are going to be able to obtain include:

A new 'Bounty Board' system has been noted in Season 5.

We can assume you will be able to interact with this board to target certain players on the map. While eliminating them will reward you with the gold bars or better weapons!