Fortnite Chapter 2 Season 5 All Teasers For The New Season

The most ambitious season in Fortnite's history is winding down as we head into Season 5 and everyone is clueless as to what lies ahead.

We know we about to face off against Galactus in the biggest Fortnite event of all time.

But, we do not know much about the next season which is a first.

Epic has been rather quiet regarding the new season, but they have been posted minor teasers ahead of the event.

Check them out all below!

Here are all the teasers that Epic has posted ahead of the Galactus event and the release of Chapter 2 Season 5!

ForkniteStatuss on Twitter posted the following image, which is apparently the Chapter 2 Season 5's image. 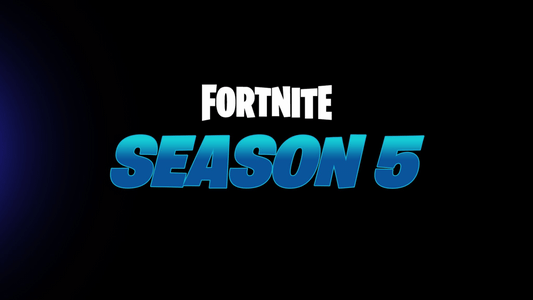 Reply With Confirmation Code “#Warrior” To Accept Next Transmission pic.twitter.com/tjH5JPg6VP

Reply With Confirmation Code “#Revenge” To Accept Next Transmission pic.twitter.com/dwiz2n5DoH

HYPEX has posted the second teaser for the new season.

You do know how to drive the Battle Bus.. right? - November 28th

This was the most recent teaser posted by Epic, and all but confirms we will have to drive the battle bus during the event! 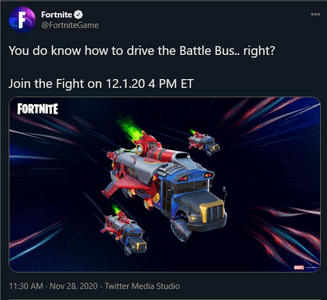 He hungers for the Zero Point - November 27th

Galactus is coming, and he is coming for the heart of the Fortnite map! 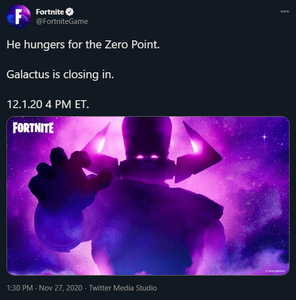 It appears the new Stark Industries jetpacks are also going to play a vital role in the event! 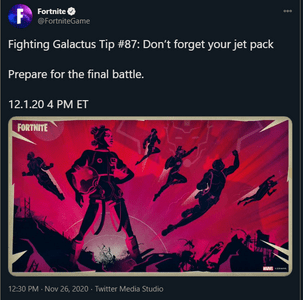