The latest season of Fortnite is set to release in just a few days.

This will occur a few hours after the major Galactus event, where we should see some if not all of the map destroyed.

With the release of any new season, Epic is bound to implement some drastic changes. This will come in the form of new POIs, weapons, and more.

However, there are some much-needed changes that Epic has yet to add into the game.

This item sits atop of our wishlist, and it has for the last year and a half.

Ever since Epic removed stretched resolution back during Season 8, casual and competitive players have been asking for this feature to be added into the game.

A pretty standard feature among other titles; Epic still has not added a FOV Slider into Fortnite.

Maybe with the release of the next-gen consoles, they will finally come around and release this amazing feature.

At the beginning of Chapter 2 Epic changed the old 50% chest spawn rate to 100% spawn rate.

This meant that every location across the map always had the chest spawns in positions they were supposed to be.

For some reason, they reverted back to the 50% spawn at the beginning of Chapter 2 Season 4.

100% chest spawn rate is one of the biggest quality of life fixes missing from Fortnite. Hopefully, this feature is readded for Season 5!

Getting around the Fortnite map can be a struggle sometimes, depending on where you land.

Natural mobility has been something we have seen added in Chapter 4. This has come in the form of Rifts around the map, but some areas of the map are lacking in natural mobility.

Perhaps we could see the return of whirlpools or the geysers from the old map! 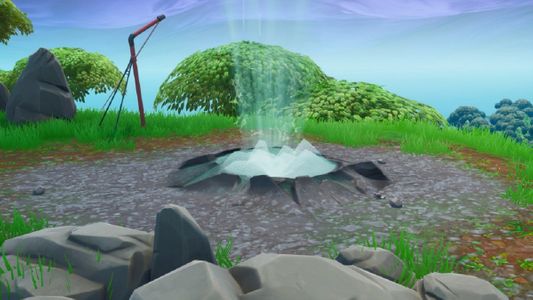 This has also been another feature that casual and competitive PC players have been asking for since Chapter 1.

Pre-edits may be one of the most aggravating aspects of Fortnite, as there is no way to prevent them. This option has been talked about by Fortnite developers, who commented on it more than a year and a half ago; but we still do not have a setting.

As for the separate aim/building sensitivity; this is another common complaint among players. We should have a setting that differs our aiming and building sensitivity, as these are two of the most important components of Fortnite, and finding the right sensitivity between the two can be tricky.

It is still a mystery why patch notes were removed in the first place, and it is one of the strangest decisions from developers.

Please add patch notes back for Season 5, we should not have to rely on data miners and leakers for all the new changes each patch.