FIFA 21 TOTW 10 LIVE: Team Of The Week 10 Squad, Predictions, Release Date, Countdown, Leaks, How To Get In-Forms And Everything You Need To Know

Team of the Week is back for a tenth week in FIFA 21 Ultimate Team and is live this Wednesday!

TOTW 9 was undoubtedly the best squad so far, with the likes of Cristiano Ronaldo, Erling Haaland and Romelu Lukaku headlining

However, this week may not be as lucrative, but could still feature Antoine Griezmann and Kevin De Bruyne.

Team of the Week 10 will be released later this week and feature the top performers from the weekend of domestic football!

FIFA 21's tenth TOTW will be revealed on the 2nd December at 6pm GMT.

They will then be removed from packs at 5.59pm GMT the following week (2nd December). 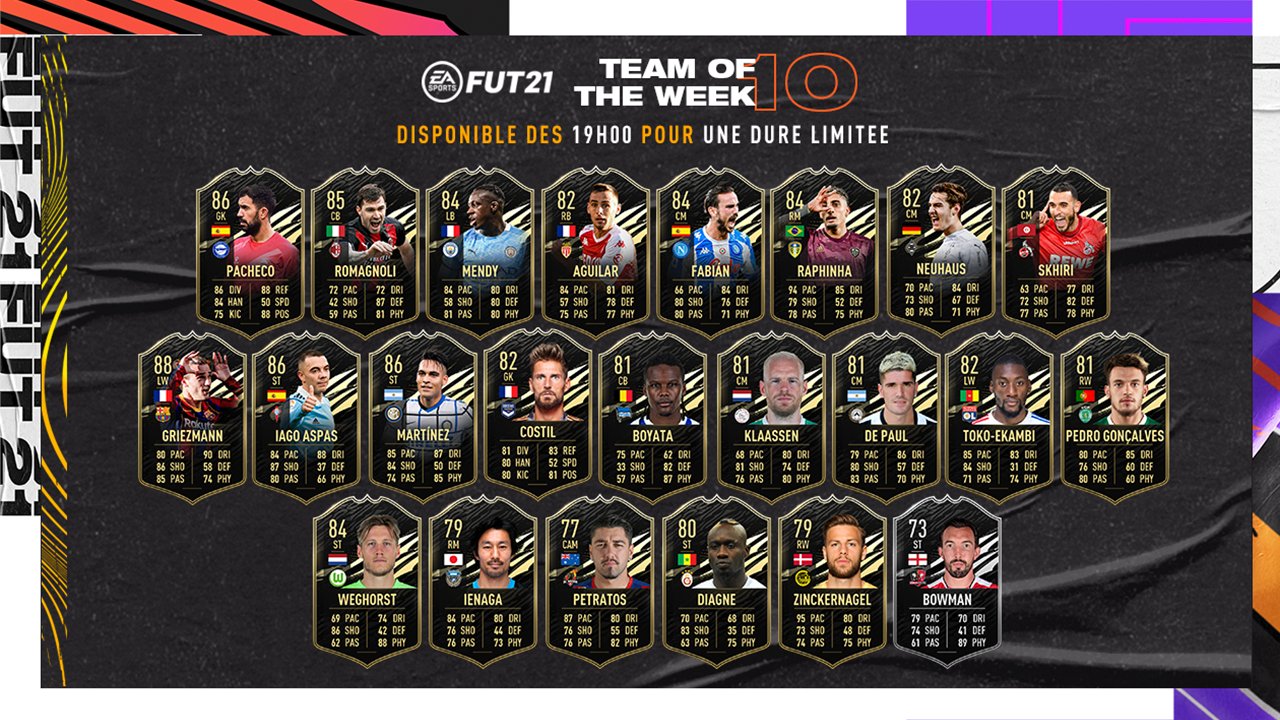 Team Of The Week 10 Predictions

TOTW 10 features some solid additions with a familiar French striker leading the charge! 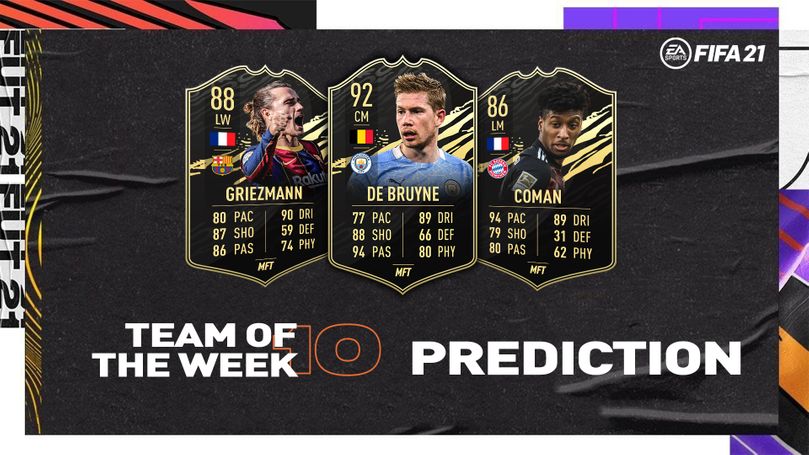 While Deportivo may not have kept the clean sheet in their 2-1 win over the La Liga champions, Pacheco was key in the victory, making 7 saves and earning the MOTM award.

Another IF possibility for Leipzig’s goalscoring LB, Angelino grabbed himself 1 goal in Leipzig’s 2-1 win at the weekend.

A goal and clean sheet for Romagnoli in Milan’s 2-0 win over Fiorentina should be enough to secure the Italian a spot in TOTW 10 with very few CB options available for selection.

A goal and clean sheet for the Monaco RB should be enough to earn him an IF item this week, and would be a decent cheap card in Ligue 1.

Fabian looks set for his first special card of the year after earning 1 goal in Napoli’s 4-0 thrashing of Roma at home. While Insigne did have 1 goal and 1 assist, his recent IF means Fabian will likely take the spot.

1 goal and 1 assist for Neuhaus in Gladbach’s 4-1 home win to Schalke should earn the German a discard IF card in TOTW 10.

The Belgian was at the core of most things good in Manchester City’s 5-0 win over Burnley, and with Mahrez ineligible for another TOTW after his recent inclusion in TOTW, there’s certainly a chance for KDB to headline!

While Raphinha may have only scored 1 goal, what a goal it was, and the fact that it was the winner in Leeds’ hard fought 1-0 win over Everton may sneak him in with no right sided options in midfield or attack.

Despite all the competition on the wings for Bayern, Coman is still fighting for his spot, and put in a fine performance, earning 1 goal, 1 assist and the MOTM in Bayern’s 3-1 away win over Stuttgart.

A lack of high level options in this TOTW means that Griezmann should get in for his 1 goal and assist in Barcelona’s 4-0 win over Osasuna.

Yet another prediction in which Weghorst features, after he earned himself another 2 goals on Friday in Wolfsburg’s 5-3 win over Werder Bremen.