The Brazilian winger has grabbed a Record Breaker card for being the youngest player to score a perfect hat-trick in the UCL.

Featuring bags of pace and good defensive stats, he should be a shoo-in for most Premier League squads.

The Rodrygo objective went live on the 27th November. 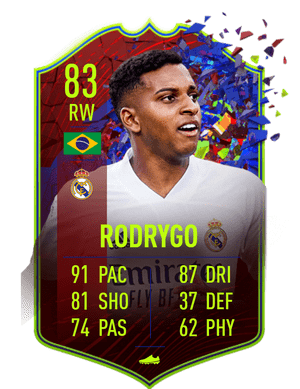 Most of the requirement need you to have a La Liga squad. There's also one objective that requires you to use a Brazilian player and score a hat-trick with them but La Liga has very few Brazilian options.

My advice is to pick a good Brazilian striker and sub them on at the start of the game.

You can try using Vinicius Junior or Rodryho, but their stats are not great.

So is it worth it? It's a great card, but would only really feature in a team as a super-sub.

If you don't complete it, you won't be missing out.