It's a Cold day in Verdansk...

While multiplayer is getting plenty of new content, it's an exciting time for Call of Duty's flagship battle royale mode.

Warzone will also receive a Season 1 update and be influx with Cold War-era weaponry.

If you've played a lot of multiplayer, you'll know what weapons are worth using and those that are probably a hard-pass.

But, it's also worth noting that the Warzone engine is different - it still sports the Modern Warfare engine and mechanics.

So we're here to help take the headache away in choosing which weapons to use from the vast selection.

These choices are purely speculative as we don't know too much about what the update will and won't include.

We've left out any duplicate weapons, such as the MP5, AK47 or AUG to avoid any confusion.

The Krig-6 is my favourite weapon in Black Ops Cold War, it's a really versatile weapon and excels in almost every area.

While there are arguably better rifles in multiplayer, it's got great damage, accuracy and sights that make it perfect for running in a mode like Warzone.

I also think with the higher time-to-kill and the need to be accurate at long-range, it's a perfect choice for a full auto that has excellent control when sustaining fire. 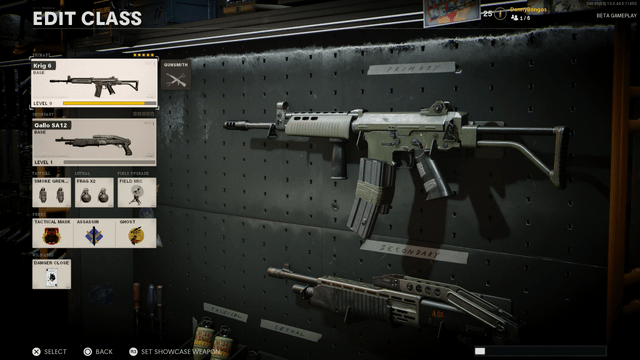 It almost reminds you of the Galil, doesn't it?

This full-auto submachine gun is a bit of a staple in the Call of Duty franchise and it's great to see it return in Cold War.

If you played the alpha for Cold War, you may remember how good it is. While it has fallen off since there, it's quickly making a resurgence in multiplayer.

The damage it can output is insane, not to mention its clean iron sights and low recoil make it very reliable at range.

It's a very well-rounded weapon and is a nice in-between weapon that I expect to be a popular choice over the MP5. 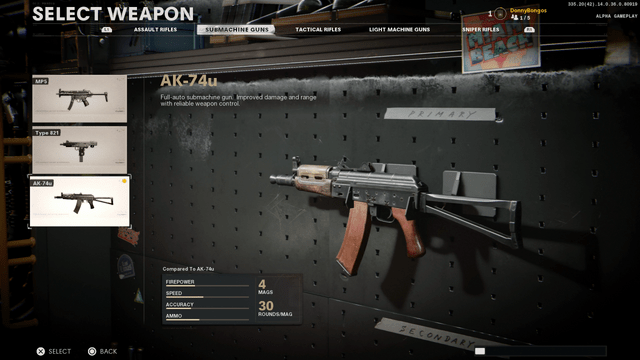 This is a bit of a wild card, but if you can get it ranked up it's unbelievably powerful and accurate.

The Stoner was originally added back in Black Ops 1 and returns to action 10 years later.

LMGs started to rise in popularity when the Bruen was implemented into the game. As it was nerfed a number of months ago, a new LMG could be primed to take its place.

That's where the Stoner 63 comes in. While it is a bit clunky, it harbours a large amount of ammo, great accuracy and packs a punch.

This makes it an ideal candidate for Verdansk. 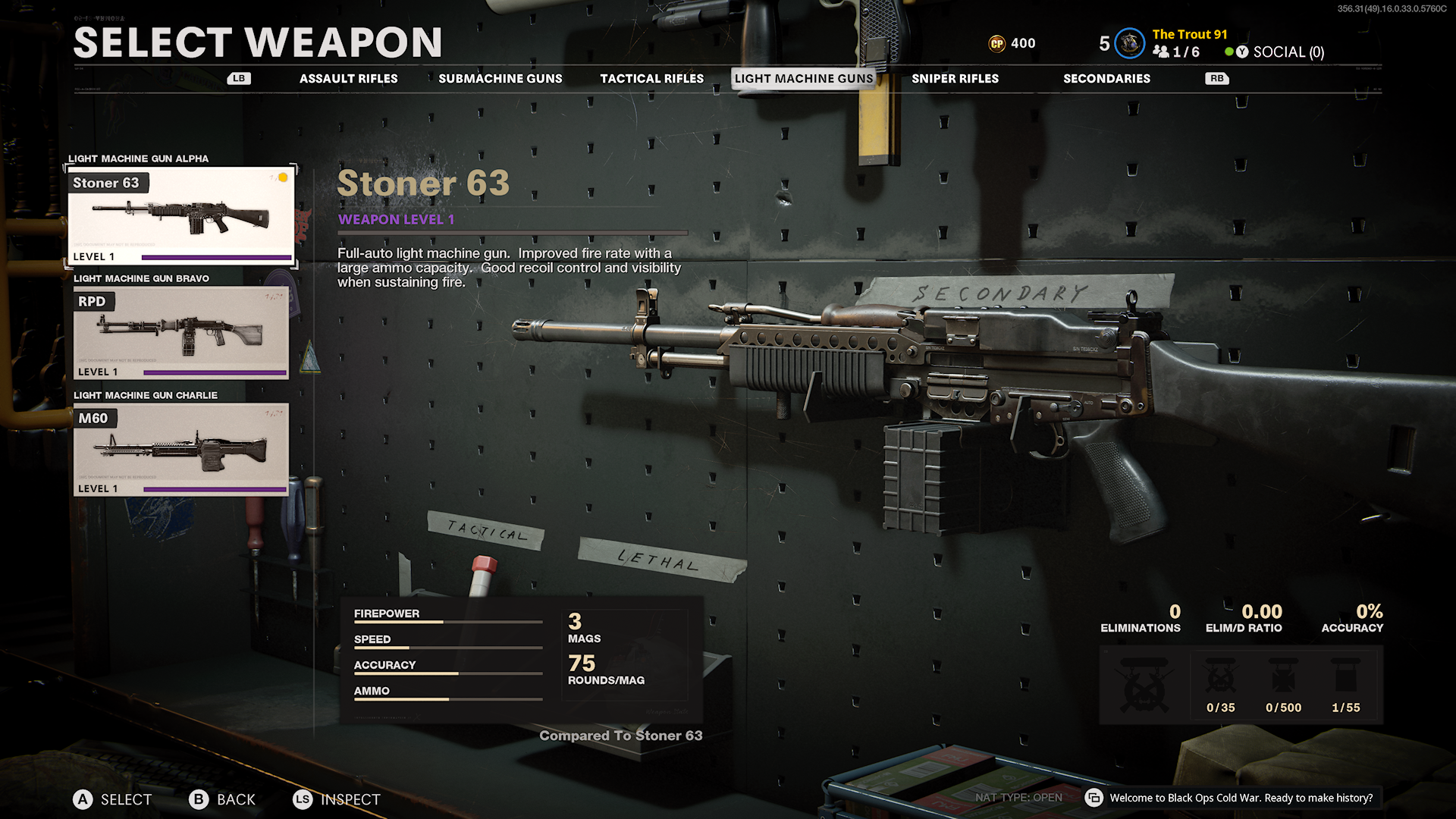 The Gallo SA 12, aka the Spas-12, is a semi-automatic shotgun that Cold War players should know all too well.

This secondary is a serious spam cannon and is almost a walking free-kill.

The dreaded R9-0 may find some fierce competition with this shotgun kicking about the streets of Downtown. 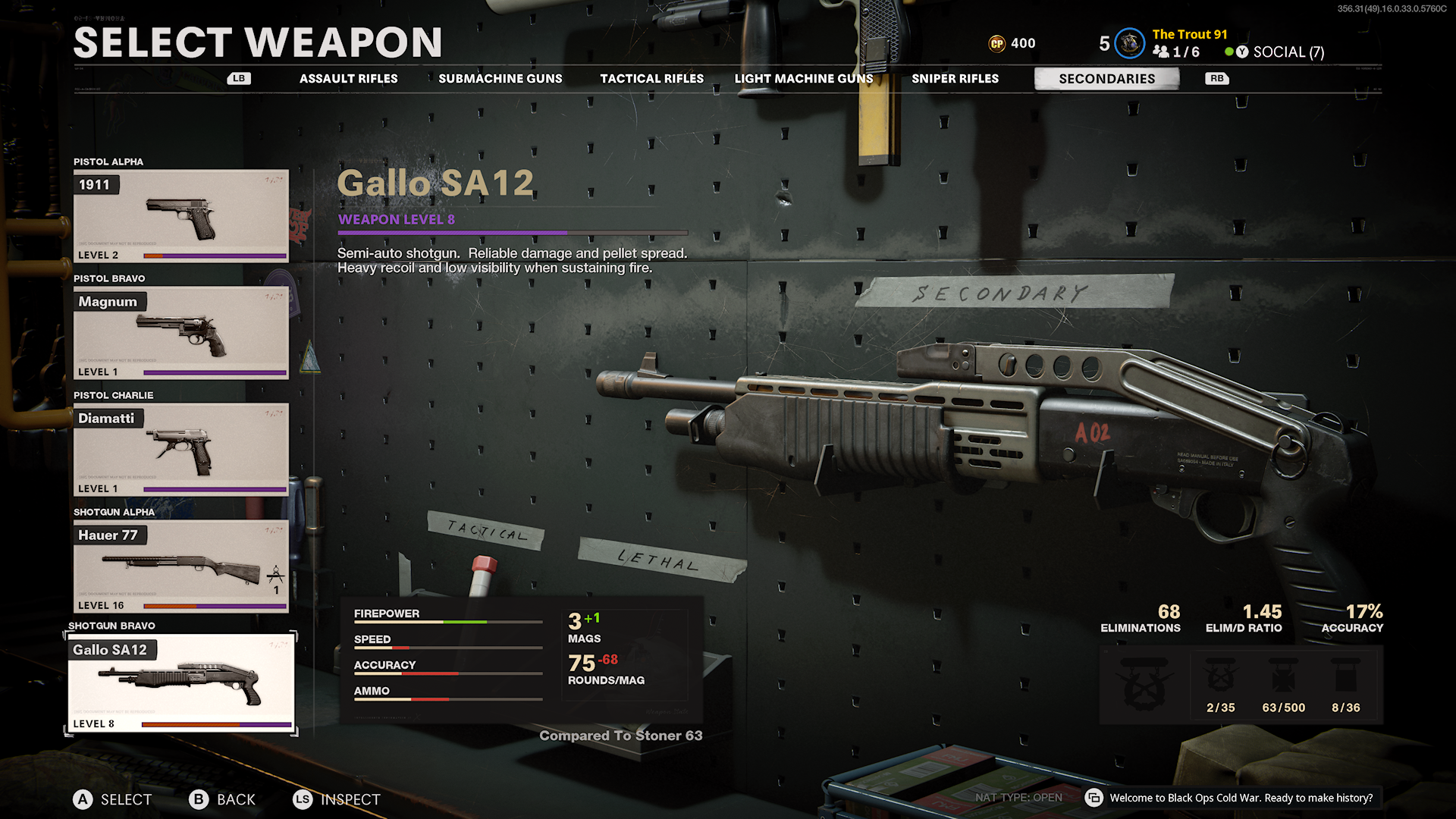 Finally, the QBZ-83 is a gun I want to highlight as I think it's very underrated.

It doesn't blow you away or standout massively in multiplayer like some of the other weapons do, but it's incredibly sturdy.

Once you've ranked it up a bit, it again becomes a real demon in the right hands.

It's one to consider if you're struggling to find an AR that really compliments your playstyle. 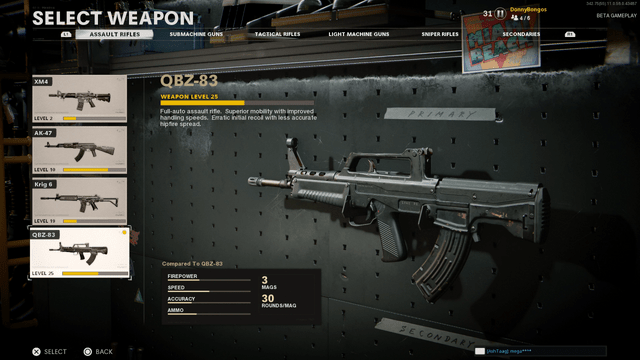 Does this gun remind you of the Type 25 from Black Ops 2?