Planet Coaster: Console Edition Review - All The Fun Of A Theme Park, Without The Long Lines

They say absence makes the heart grow fonder and for theme-park enthusiasts, this year has certainly proved the validity of those words as amusements parks have been closed for almost the entirety of 2020. So in steps Planet Coaster: Console Edition to rekindle the excitement that only overpriced candyfloss and looping rollercoasters can provide.

Developed by Frontier, the veteran team behind the Roller Coaster Tycoon games, and envisioned as a sort of spiritual successor to the aforementioned iconic theme-park sim series, Planet Coaster: Console Edition perfectly blend near-limitless creativity with deep management systems - it’s a tried and tested formula, tweaked to near perfection.

From huge decisions like setting the cost of admission on rides to the small stuff like selecting the amount of ice in the sodas being sold at drinks stalls, Planet Coaster tasks you with overseeing just about every aspect possible of theme park management.

There’s so much to take in, and so many submenus to navigate, that it can all feel rather overwhelming at first. Thankfully the inclusion of a fully voice-acted tutorial, a new addition for the Console Edition of Planet Coaster, offsets this issue.

Though the tutorial definitely doesn’t cover everything, it gets you quickly up to speed with the basics and makes your first few hours with the game far less frustrating then they could have been otherwise. 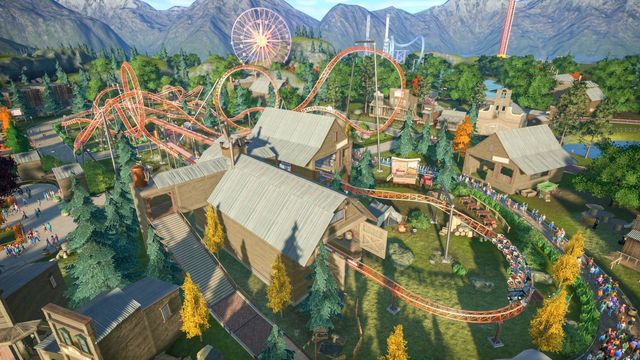 In bringing the game to console Frontier has had to adapt the game’s controls to function on a controller, which as we’ve already seen with the Switch port of Roller Coaster Tycoon 3 is not an easy task.

While the game definitely plays best on a keyboard and mouse (and the Console Edition does offer K+M support) combing through menus and laying down coaster tracks, pathways and scenery is remarkably intuitive even on a controller.

Once you’ve got to grips with the basics Planet Coaster offers you a wealth of modes to play with, each catering to a different playstyle.

Career mode is where most people will naturally gravitate to first and here you’re given a range of pre-made parks, usually ones that are currently failing in some way, and it’s your job to turn them into booming tourist attractions. 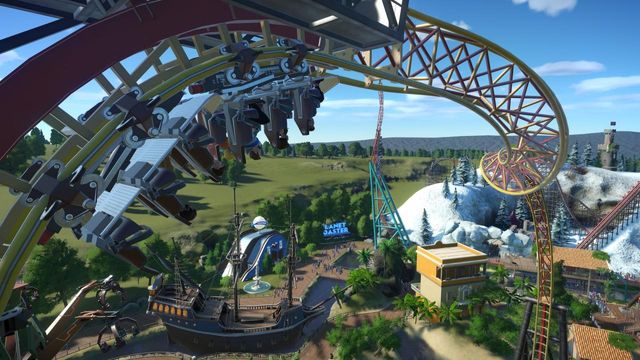 You’re tasked with completing three different objectives in each park, and while the early career mode levels are pretty easy - I beat one just by crudely placing six carousel rides and hitting fast-forward for ten minutes - though some of the later ones are devilishly tricky.

Sandbox Mode is an expected feature in any management sim game, and Planet Coaster doesn’t disappoint. The mode offers unlimited funds and full access to everything the game has to offer, and for the creative types who want to build from scratch without restrictions, this is where you’ll spend potentially hundreds of hours constructing your dream park.

Feeling almost like a hybrid of Career and Sandbox, Challenge Mode gives you a blank canvas to build from but with financial limitations and only a small selection of the game's numerous coasters, rides and vendors unlocked from the start.

It’s probably the game’s best mode as you get both the creative freedom of Sandbox but with the enjoyable goal-oriented gameplay of Career Mode. There are multiple difficulty options in Challenge Mode as well, so you can customise how punishing the restrictions are.

If You Build it, They Will Come

The level of creative freedom you’re given to create your dream coaster is quite astonishing. You can construct coasters that dip, dive, loop, spin and, yes, you can even create ones that are specifically designed to crash (you monster).

Coaster creation is tied to a fairly harsh rating system, and it was a little dispiriting that the first attraction I built received pretty abysmal scores and was completely rejected by my park’s guest – it went down so badly that I had to scrap it after it failed to turn a profit. 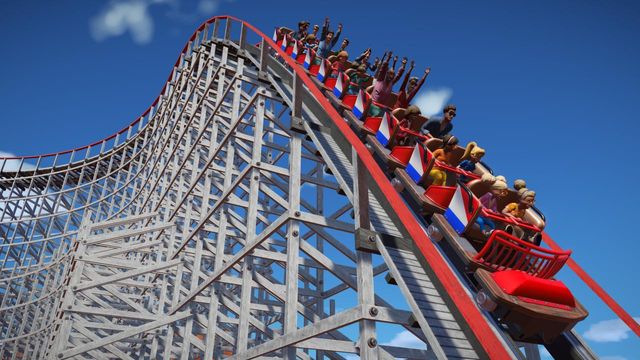 However, this does lead to a real sense of progress in Planet Coaster. Once I went back to the drawing board, learnt from my mistakes and reworked my coasters design it felt like a genuine achievement to subsequentially build a coaster that my guests were queuing up around the block to ride.

Building a coaster that balances both thrills and fear, while not making guests feel queasy, is no easy feat, and if you want a coaster that will score in the green on all three key metrics you’ll have to put in the work, but when you do create that perfect coaster it’s worth the time investment.

It’s not just coasters you can build either. You can make incredibly intricate scenery, ride stations and even terraform the terrain of your park. Spending dozens of hours building a grand castle from scratch definitely won’t be to every player’s taste but if you’ve got a real creative spark you could conceivable create almost anything.

You can even upload your creations online for other players to download and it was a lot of fun to be able to play with the coasters and scenery that fellow players have spent countless hours perfecting. It's a particularly nice addition given the community's undoubted talent and means there's almost always something new to try.

It’s A Small World, After All

Perhaps the game’s only serious blemish is the Oswald-Eugene Counter, which is essentially a limiter placed on your park that will stop you from adding things once you hit a certain threshold.

The counter has caused a fair bit of controversy in the Planet Coaster community, and it does mean that if you were dreaming of creating a sprawling mega-park with dozens of coasters you’ll, unfortunately, have to rein in your plans. 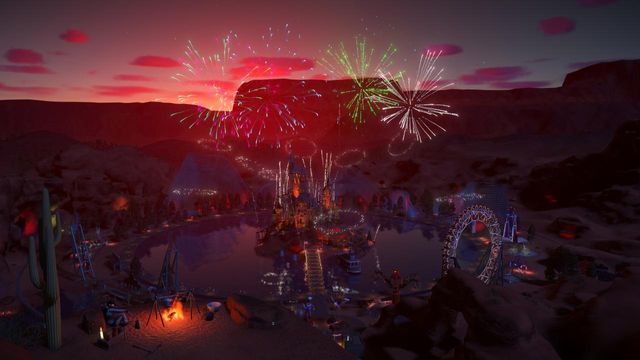 On PlayStation 5 and Xbox Series X the counter limit has been raised roughly 30%, making it far less of a problem, but on PlayStation 4 and Xbox One, it definitely restricts what you can build quite substantially.

Ultimately, Planet Coaster is one of those rare games that quickly become all-consuming. When you’re not playing you’re thinking about playing, absentmindedly designing coasters in your head and internally debating over how much you can get away with charging for a go on the tea-cups ride.

Planet Coaster: Console Edition is a vibrantly colourful timesink, brimming with charm and personality, and considering everything going on in the world right now it’s a wonderfully welcome distraction.

Reviewed on both PS4 and PS5