FUTMAS arrives soon in FUT, check out how to be best prepared for the festive FUT promo!

As FUTMAS approaches, it’s important to get prepared from both an investment perspective, but also to be wary as to what may happen with the market going into one of the bigger promotions of the year.

With so much going on, from daily Player SBCs to tonnes of new players in packs (TOTY Nominees), and TOTY on the horizon, the market can move very quickly in either direction, meaning there are both coins to be made, but also coins to be lost.

This year, in FIFA 21 Ultimate Team, we should be expecting FUTMAS to commence around Friday 11th December, lasting for around 2 weeks in the build-up to Christmas.

While there’s a tonne of FUTMAS content that will be arriving, there are certainly 2 main areas that will impact the market more noticeably, these being FUTMAS Player SBCs and TOTY Nominees being released into packs.

With FUTMAS Player SBCs being released every day throughout the promotion, there will be a big strain on cards considered to be SBC fodder, meaning there will be opportunities to invest for profit, with bigger profits being possible the better the SBC releases.

With regards to TOTY Nominees, last year in FUT 20 they created a lot of market panic, with 55 of the best players in the game receiving upgraded TOTY Nominee cards with dynamic images, leading people to panic sell their teams due to all the new cards in packs, but also in preparation for the massive TOTY promotion arriving in a few weeks. 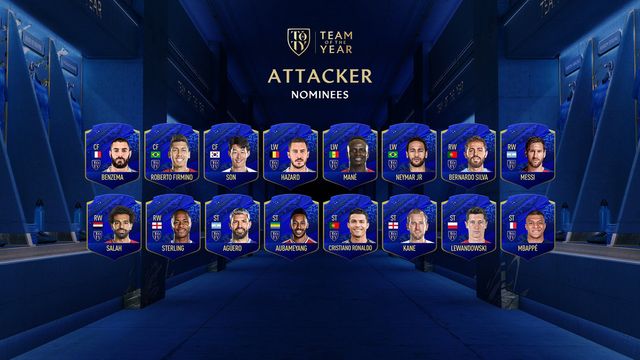 With upwards of 20 FUTMAS Player SBCs to be released throughout the FUTMAS promotion, the strain on SBC fodder (i.e. cheap high rated cards) will be massive, with so many people looking to buy to complete these desirable SBCs that are only released for 24 hours.

If a Player SBC comes out that is both highly desirable and reasonably priced expect to see high rated cards rise a good amount as people rush to complete the SBC.

When it comes to investing in SBC Fodder, the best route to go would be a general club stock, which basically means buying 1 of every cheap high rated card you can rated 83-91, and storing them in the club. That way, you’re not going unassigned and limiting yourself, and cover a strong range of potential squad rating requirements.

Don’t just limit yourself to gold cards, as In-Forms will also be required, and can also be stocked for very cheap as well. Look for 81-86 rated IF cards for cheap as well, as they’re relatively low risk at close to discard, and could also get pinched for the right SBC.

Finally, when should you look to buy these cards? Right now, SBC fodder is relatively high in price due to the release of a repeatable TOTW pack, a base icon pack, as well as the newly released icon SBCs. We’d advise waiting for the repeatable TOTW and base icon packs to expire before stocking up on SBC fodder, as prices for high rated cards should dip a good amount with fewer demanded SBCs requiring them.

To keep up to date with SBC Fodder prices, you can visit FUTBIN's page that tracks the cheapest players by rating here.

FUTMAS Market Crash - Will It Happen In FUT 21?

Over the course of December in FUT 20, the market saw a big downturn, with even top level players falling heavily in price due to the release of a stacked UCL Team of the Group Stage squad, but also due to the release of the TOTY Nominees at the start of FUTMAS, which certainly added to the panic.

So will this happen again in FUT 21?

Well, seeing as many more people are expecting the TOTY Nominees this year, there shouldn’t be the same level of panic as last year, simply because not as many people will be caught off guard with the release.

We definitely expect the market to downtrend a little in the weeks after Black Friday as people begin to prepare for TOTY, as well as sell their cards and teams to finance FUTMAS SBCs, so definitely be prepared for that.

If you’re looking for the optimum time to sell, the week after Black Friday at rewards is always a good time, that’s also where the market peaked last year before downtrending for a significant period.

As you can see from Neymar’s graph from FIFA 20, he peaked the Thursday after Black Friday last year, due to the big coin injection the week prior and people buying back teams, but quickly fell off shortly after due to all the factors mentioned previously.

As we stated, if you’re looking for the best time to sell a team, try to do it shortly after Black Friday, as many people will be looking to buy back, causing some good price rises.