Introducing the Groza and the Striker!

As the start of Season One begins on December 10th, those crafty data-miners have already uncovered two brand-new weapons set to make their debut as part of the new season.

One is the Grozer, a compact bullpup assault rifle, and the other is the Striker, a fully-automatic shotgun that previously featured in Modern Warfare 2 and Modern Warfare 3.

While players get used to the various weapons already included in the Black Ops Cold War weapon arsenal, we thought it would be a good idea to give the two new weapons a once over and how they could potentially impact the metagame when they arrive in the game.

Find our overview of the Groza and the Striker below! 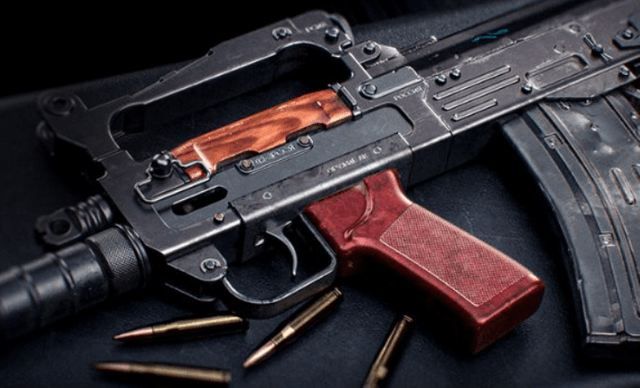 The Groza is based on the OTs-14, a bullpup rifle developed by the Russians in the 1990s.

Along with a stocky, compact design, the Groza is based on the AK-74u sub-machine gun, so it is interesting to see it placed into the assault rifle category.

Based on some images, it heavily resembles the Famas from Modern Warfare 2 along with the RAM-7 which featured on the 2019 reboot of Modern Warfare.

Considering how small it is, the chance to customise it depending on different styles of play looks easily possible thanks to the Gunsmith.

The assault rifles in Black Ops Cold War are arguably the standout category of the arsenal, with several weapons proving to be extremely effective in a variety of situations. The AK-47, XM4, and the Krig 6 are the current favourites among players, and if the Groza is to upset the current metagame, it is going to have to pack a hefty punch.

The shotgun metagame on Black Ops Cold War has created some interesting opinions regarding their effectiveness in close-quarters, and sometimes medium-range engagements.

The Striker was designed in 1981 in South Africa and proved to be an effective weapon in both combat and riot control. Despite its effectiveness, its slow reload time certainly hindered its performance when used by the South African National Defence Force and the Israeli Police.

Based on the leaked images, the Striker looks more like a large light machine gun as opposed to a fully automatic shotgun. The drum magazine suggests that there will be no need to reload the weapon on a regular basis, which is ideal if you’re after a weapon which can score multiple kills without the need to swap for a fresh magazine after every elimination.

Currently, the Gallo SA12 and the Hauer 77 are both lethal in a number of situations and with shotguns being a secondary weapon on Black Ops Cold War, they are somewhat overpowered in comparison to some of the weaker Assault Rifles and Sub-Machine Guns on offer.

Will the introduction of the Striker add some form of balance to the Shotgun category? Or will it just be another overpowered addition to the arsenal? We will have to wait until December 10th to find out!

Dead By Daylight Cross-Play: How To Connect With Friends On PC, PS4, Xbox One And Nintendo Switch