Try not to wipeout.

Pacer is a futuristic racing game set in 2075, with a host of awesome racing features and more to boot that make it feel like the next incarnation of Sony's beloved Wipeout franchise.

If you've been looking for a fast-paced, anti-gravity racing game, look no further – just make sure you can handle the speed.

Locations To Die For (Sometimes Literally)

Futuristic racing titles are few and far between, but one thing they need to nail is a sense of location.

The tracks in Pacer are global, with races taking place in the US, India, Germany, Australia, Russia, South Africa and South America.

This, coupled with the futuristic setting, has allowed the developers to go to town with the visuals and stylistic setting.

Many of the cities featured are overgrown, with ruined buildings littering the track and great vines spiralling upwards.

This is then starkly contrasted with the coastal setting of Uma V, the home track of the Izulu Dynamics team in South Africa.

This variety in the game’s locations really makes it a standout title for me, much like Wipeout was, while its more global and overgrown feel help it stand apart.

A Craft For Every Occasion

The vehicles are all extremely fun to use, and each truly does feel different.

With the beginner’s Vixen you get a good chance to learn the ropes, but some of the more in-depth controls were a little hard to master. 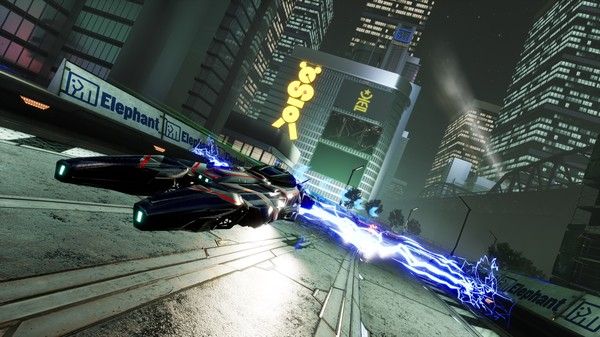 Once we’d got the hang of things, however, we jumped into the Voxel, known for its weak defences but incredible acceleration and high top speed.

The craft felt light years faster than its vixen counterpart, but we did have to be careful when taking fire from opponents or taking sharper turns.

As per most racing games, there are a variety of race modes, from the standard ‘Quick Race’ to ‘Flowmentum’, unique to Pacer.

The races were incredibly fun, with the AI proving to be a good challenge in each difficulty level.

Once we had the hang of things, we gave Elite a try, the highest difficulty level on the game, and promptly regretted it. 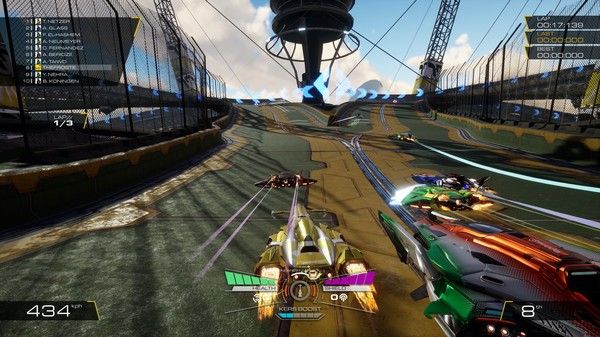 Every game needs to give players a challenge and promote a skill-gap to upper levels of AI. Pacer does just that, with a high skill-ceiling for committed racers.

A Career Mode That Shines

Career mode is a pleasant surprise, too.

Rising through the ranks as a rookie, hopping from team to team as the craft become ever more difficult to control, you learn each team's dynamic.

Each of them has a logo, name, and home city, adding an element of back story and context to each race.

Starting out in the F3000 category, you must make sure to master each craft before advancing with different teams offering you contracts when they deem you ready.

The career also has a nice feeling of progression.

The races gradually become more difficult and introduce you to ever more aggressive and faster opponents. 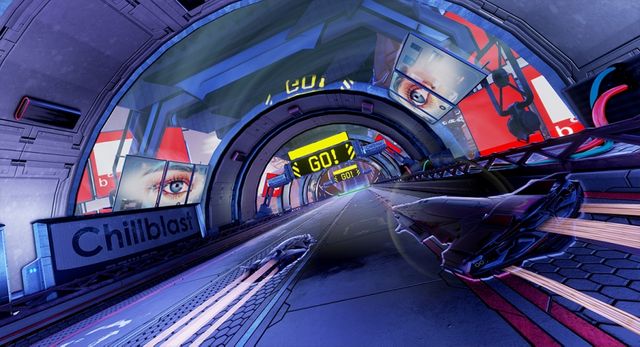 A Party On The Racetrack

The music, whilst often not overly considered in most games, adds another level of immersion in the game.

With the level of the music rising and falling with your speed, the high tempo electronic music is an awesome touch, and recalls those fond PS1 memories screeching through Wipeout's tracks.

The developers even went to the effort of getting artists to create songs exclusively for the game meaning that many of the tunes are tailored to the futuristic aesthetic of Pacer.

Fans of the Wipeout series will love this title, that’s just a given! But what about everyone else?

The game is all-round arcade-inspired fun, with the music and setting helping to create an immersive racing experience.

The craft all feel different, which is difficult to achieve through a controller for many games, and each has its own genuine strengths and weaknesses. That makes strategy a factor in racing as well as pure speed, which is always a good thing.

Pacer is everything you'd want in a futuristic racer. We hope to see some DLC, potentially adding new craft or career expansions, but it's still early days for the game. 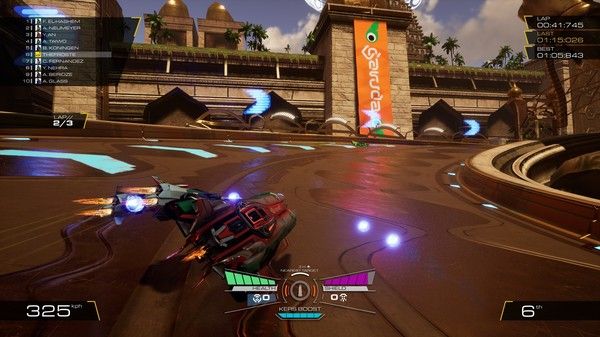