EA has resurrected one of the best NFS games, but are the upgrades worth another purchase?

It's fair to say that Need for Speed is a series that has needed an overhaul for some time now, and the return of Criterion as one of the lead developers for the franchise has real cause for optimism, though.

Criterion's first Need for Speed title was 2010's Hot Pursuit, which is arguably the last great NFS game, as it stands. To plug the gap between Heat and the next title in the series, Hot Pursuit has been given the remaster treatment.

Is this a re-hash to keep the revenue coming in or a genuinely worthwhile purchase?

Need for Speed: Hot Pursuit is ten years old this year and was originally released for the PS3 and Xbox 360. Now on the PS4 and Xbox One, gamers today can enjoy one of the best arcade racers in recent times.

This is a pure arcade racer, there's absolutely no story, just racing through picturesque locales with the series' trademark drift-heavy arcade handling.

You compete in a variety of street racer and cop events throughout the game.

Why both? In truth, it doesn't matter, but it's a good excuse to trade paint and take down enemies in Burnout-inspired style.

The game takes place in Seacrest County, which is just as varied and beautiful as it was ten years ago.

There's every environment you could want, from snow mountains to searing hot deserts and lush forests.

The events vary from the usual races and time trials to previews (where you can drive extremely fast cars before you can access them normally) and Hot Pursuits, where the cops attempt to spoil your fun.

These events can get repetitive as you go further into the game, but they're always fun and are less than five minutes long.

This is perfect for the modern gamer and, if anything, is better now than it was ten years ago. 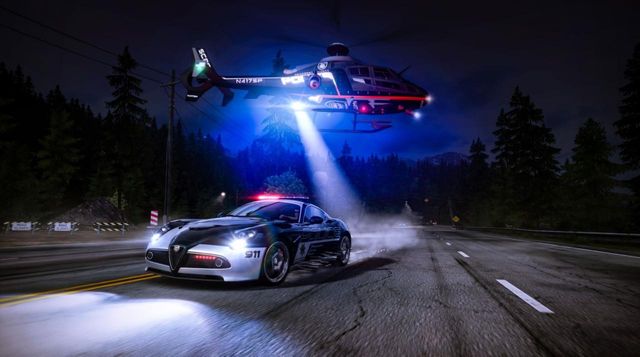 Speaking of fun, you've got an array of tools to hurt your opponents' cars in Hot Pursuit.

Depending on whether you're playing as a cop or racer, you can have spike strips, EMPs or roadblocks to give you the advantage.

Levelling up as either cop or racer unlocks new cars and new toys to play with. It's a simple but effective way to advance and it really feels rewarding.

Just as when Hot Pursuit was originally released, its multiplayer will be a huge hit, built around community rivalries via Autolog.

Autolog allows you to directly compare with your friends in both online and offline events. If they beat your time on a race, you will be notified and can immediately jump in to top the table again.

Crossplay is also enabled for this title, so you can also compete with gamers on other systems, opening Seacrest County up to all.

The Soundtrack We Need

The Soundtrack from the original game has been included in the Remaster and it's just as good now as it was a decade earlier.

Songs by Pendulum, Thirty Seconds to Mars, Deadmau5 and many more push you over the finishing line.

Changes From The Original

While the game was never ugly back in the day, Hot Pursuit Remastered isn't the most drastic overhaul.

There are higher-definition textures, sure, but the rest of it is as you know it – just a smidge shinier.

A decade has passed since the new Hot Pursuit came out and, in that time, we've jumped up a generation of console.

The graphics don't look bad by any stretch, but when you compare them to those in Heat, Hot Pursuit Remastered does show its age a tad.

It's also worth mentioning that when you're in a police car and going through a tunnel, the blue and red lights flashing lights are extremely piercing to your eyes.

Sound quality and the mechanics of the game hold up pretty well though. That really says something about how good the original was. 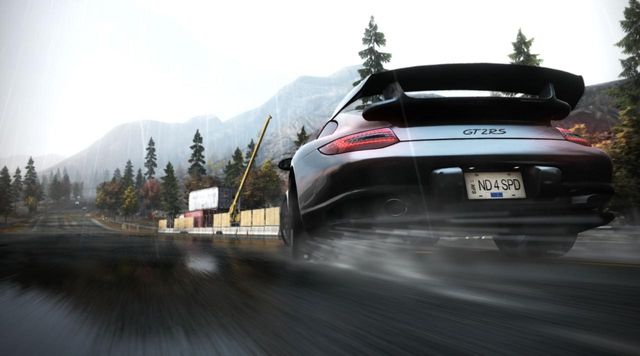 NFS and Customisation are two things that normally go hand-in-hand, but there's nothing to be seen here.

All you can change on your ride is the paint scheme, and even that's very basic.

We understand that the original NFS Hot Pursuit from 1997 didn't have any customisation options, but even something simple to add more nitrous or beef the engine up would've been nice.

The menus are also poor, with noticeable input lag between you pressing a button and it registering on screen.

You can also cross the finish line at over 200 mph but magically slow down to about 50 for the post-race cutscene.

If you've never played the Hot Pursuit from 2010 and love arcade racers, this is a no-brainer purchase.

This is the best NFS title on current-gen and at £35 on release, it's cheaper than a new game.

If you have played the 2010 version though and want to experience Hot Pursuit again, you may well dust off the PS3/ 360.

That being said, Hot Pursuit Remastered is still a lot of fun and a game that just oozes nostalgia. 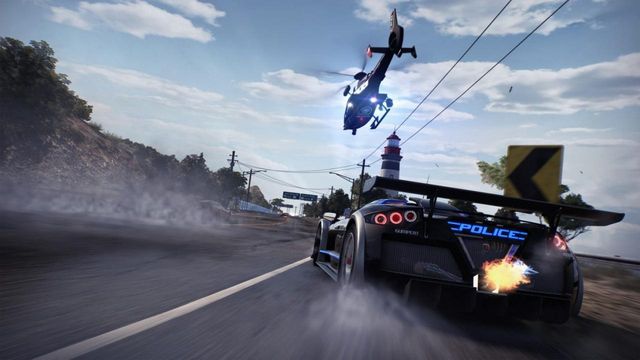