Beyond Light marks the start of the next chapter of Destiny 2, and while its campaign offers a much more personal story than anticipated, the expansion falls into the same traps as last year’s Shadowkeep.

Where In The World?

While our trip to the moon last year left more questions than answers, Beyond Light picks up with our Guardian looking for exactly that on Europa, Jupiter’s frostbitten moon.

Unlike Warmind’s Mars region, this isn’t just a few patches of snow. Instead, Europa is constantly being ravaged by dynamic weather systems, blanketed in snow, and has huge underground caverns and buried facilities to explore.

While much of the surface level feels predictable (admittedly with a beautiful skybox, as has come to be expected from Bungie), these subterranean areas are a joy to explore, despite lacking in any real interactive elements. As with most Destiny patrol regions, these are wonderfully designed corridors brimming with detail and enemies to slay.

Of course, this time around things are a little different as Guardians go toe-to-claw with Eramis, a Fallen Kell that has learned to wield the darkness.

Eramis’ plight, that of a leader so desperate to save her people that she becomes blinded by power, is much more interesting as a through-line than Dominus Ghaul’s petulant search for the Light, and while it’s arguably not as full of spectacle as Forsaken’s revenge story, it is much easier to follow the storyline from start to finish.

The trouble is that it feels like a self-contained side-story of sorts. While Bungie rolled out plenty of lore tidbits throughout the six or so hour campaign, the developer also largely sidesteps the larger narrative of the Darkness.

That’s a real shame for anyone looking for closure on a storyline that’s been brewing since 2014, but we’re hopeful that Bungie will layer more intrigue onto what’s already here.

Despite being the first antagonists encountered in the first game, as well as forming much of Forsaken’s “Scorn” race, it feels strangely enjoyable to be battling the Fallen again.

Beyond Light gives more opportunities to learn about one of Destiny’s more under-appreciated races, while also adding new enemy types including sizeable mechs which rain down artillery fire.

The Vex also return, and while they’re less the focal point here, the new Wyvern enemy type is frequently terrifying, capable of taking plenty of damage before leaping into the air and dive-bombing players.

Back To The Grind 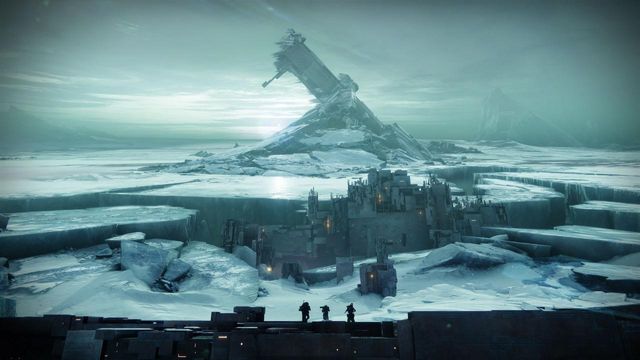 Once you’ve polished off Beyond Light’s campaign, the endgame grind begins and again, feels lacking in imagination.

While new content was added after the world’s first raid completion, these quests feel more like checklists of busywork rather than anything that helps with wider world-building.

On the subject of the raid, however, Deep Stone Crypt may be one of Bungie’s best efforts yet. A battle from Europa up into a space station that then comes crashing down again, it’s a task focused on teamwork and co-ordination just as much as it is your skill with your Guardian’s weapon – just as you’d expect from a Destiny raid.

Speaking of weapons, Beyond Light decimates the existing loot pool. While there are some positives to come from weapon sunsetting (my quest log has never looked more manageable), there’s a distinct lack of loot that cannot be ignored.

Thankfully, there are some truly excellent exotics. From the Cloudstrike that calls down lightning storms, to the raid exotic Eye of Tomorrow that gives Gjallarhorn a run for its money, there’s a lot to like.

Stasis A Little While 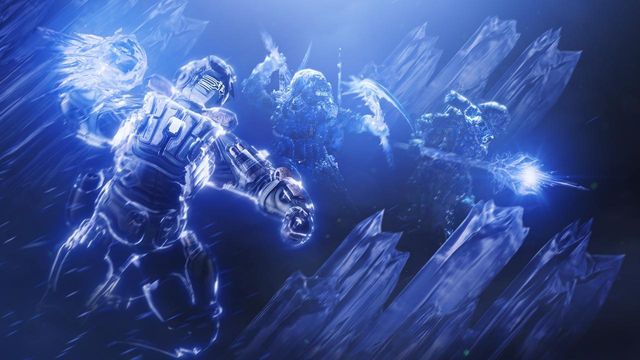 Stasis abilities are fun, but problematic

Aside from new toys to play with, Guardians can also learn new tricks in the form of the new Stasis subclass. While the morality of leaning into the Darkness feels like nothing more than your Ghost asking whether it’s right or not before you inevitably do it anyway, the stasis powers are undoubtedly fun – if not without their issues.

Being able to freeze enemies before shattering them like glass adds to the power fantasy that Destiny has always been, but in PvP content, it’s essentially broken. Being frozen when unleashing a Super, knocking you out of your “crowning moment” and leaving you as an easy target happens far too often, and while Bungie has already released a hotfix to lower the time players spend frozen, it still needs plenty of work.

In PvE terms, though, Stasis is a blast. Bungie’s sound design does excellent work making each of the new subclasses feel impactful, as pillars of ice rise from the ground, or enemies crunch when pummelled into shards.

Stasis subclasses are more customisable, too, drawing from a similar spec sheet to the original game’s classes – here’s hoping Bungie can implement it retroactively for older subclasses.

While a lack of loot and a seemingly busted PvP suite drag down the overall impression of Beyond Light, the expansion does offer a solid (if short) campaign and plenty of fun exotics to earn.

While Stasis undoubtedly will be tweaked for PvP in the coming weeks, in PvE it’s great fun to return to old stomping grounds to test out new abilities – that is if they haven’t been vaulted.

Reviewed on PC
Review copy provided by the publisher

Destiny 2 Hawkmoon Exotic Guide: Feather Locations and Everything We Know About The Beyond Light Hand Cannon So Far