While we already knew that FIFA 21 (and Madden 21) would get next-gen enhancements on December 4, we now know more about what the game will gain from the power of the new hardware.

In a new blog post on the PlayStation Blog, Gabe Zaro of the EA Sports FIFA Global Community team revealed how FIFA 21 will leverage the power of PS5 (and presumably Xbox Series S/X), as well as what the Dualsense controller will add to the experience.

First up is the Dualsense controller, with EA noting that you'll feed haptic feedback on either side of the controller depending on which of your player's feet is striking the ball.

Unleash a venomous volley with your right foot, for example, and the right side of the controller will shake.

Tackles and other physical tussles will also offer vibration.

As players become more fatigued, the Dualsense's adaptive triggers will increase resistance to make it harder to push them into a sprint.

The game will also support the "Activity" section of the PS5's UI, allowing you to jump straight into specific modes from the home screen.

"We’re clocking in at under two seconds from the pre-game menu to a Kick-Off match. Sorry, pre-game practice arena fans!" Zaro notes.

On the visual side of things, EA is promising a new LiveLight Rendering technique to allow for stunning recreations of iconic stadia and players. 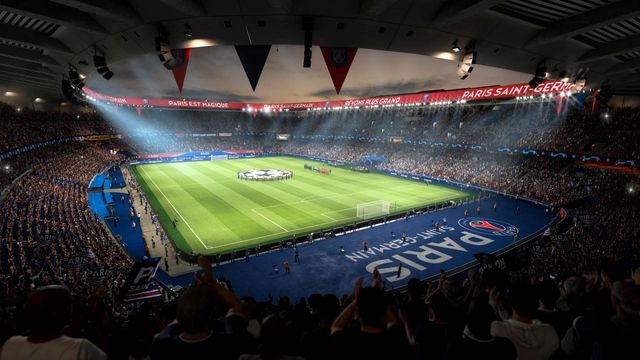 Pre-match cinematics have been overhauled, adding players arriving on team buses to fans moving through stadium turnstiles, while big moments like last-minute winners and crucial equalisers will now be dubbed "Big Goal Moments", with new scenes on and off the pitch.

Speaking of the on the pitch experience, EA is promising improved realism, too.

"Responsive Multi-Touch Animations take player movement to the next level of realism, enhancing the visual quality and responsiveness of linked animations on the ball, giving you more agility and control over the ball than ever before with over 700 new animation combinations," Zaro explains.

You'll also see more realistic behaviour from players off the ball, like wiping sweat from their brow or calling for a pass.

As a reminder, PS4 owners get the next-gen version of FIFA 21 at no extra cost, as do Xbox One players moving to Series S or Series X.