Call of Duty: Black Ops Cold War Campaign: How To Complete The Operation Red Circus Side Mission On Veteran Difficulty

Off to the circus!

Call of Duty: Black Ops Cold War is available now and contains even more than just the

The fifth chapter of the Black Ops sub-franchise sees players dropped into the height of the Cold War as a group of elite operatives attempt to prevent Soviet spy Perseus from launching a wave of nuclear weapons on the rest of the world.

Alongside the main campaign storyline, there are two side-missions that can be completed once players have found a sufficient amount of evidence.

The second of the two side-missions is Operation Red Circus, which is unlocked after the Fracture Jaw mission.

In this guide, find a full walkthrough of the mission as well as sone handy tips on how to complete it on Veteran difficulty.

Like in Operation Chaos, you will take control of Mason. Begin the mission by walking towards the edge of the cliff to meet up with Woods. Command will come over the radio and request a location for the radio tower. Use your binoculars and look up towards the mountain range. Target the radio tower and call in the strike.

As soon as the tower is destroyed, a 13-minute timer will begin.

Head towards the cliff and use the rope to make your way to the ground below. When on the ground, turn and head down the slope towards the marked building.

Enemy soldiers will begin to flood out of the building. Use the rocks as cover and pick them off using either the sniper or the assault rifle.

With the majority of the enemies taken care of, make your way inside the first building. Work your way through it, clearing every single room as you search for Rudnik.

You will enter a large main room with a handful of enemies inside. Deal with them and head up the stairs on the left to enter the office. Advance across the bridge to search the opposite building. More enemies will be inside to clear them out then look out of the window towards the second building which has been marked.

Enemy soldiers will be posted on the top level of the second building. Pick them off with the sniper from either the first building you searched or from the boulder in between the two buildings.

With the rooftop clear, move towards the front of the building, taking care of any soldiers outside. Deal with the few soldiers inside and clear out the building. 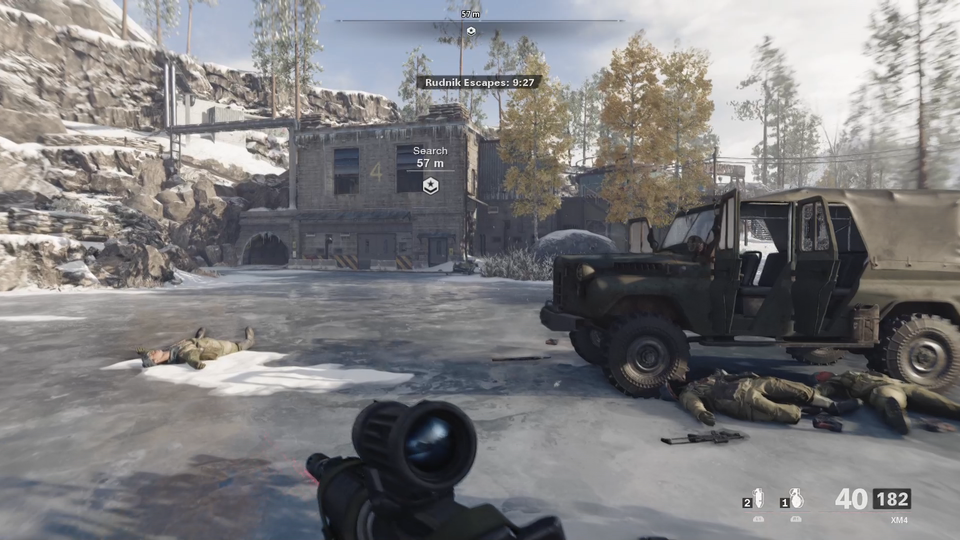 With the second building revealing minimal information, move towards the third and final marked building. A 4x4 will attempt to halt your progress so eliminate them before continuing to the building.

On your approach, enemies will open fire from the upper windows and the barricades on the ground. Use the 4x4 as cover to pick off the upper floor enemies first before focusing on the ground-level resistance.

When inside, take out the enemies which will force Rudnik to escape out the back of the building. Head out the back gate, jump over the ledge and sprint towards the marked building.

TIP: There is a snowmobile under a small tent which you can drive to the next building if you don’t feel like walking.

Approach the building with some caution as there is a large enemy presence in the area. Deal with them before making your way inside.

Eliminate any remaining troops inside the building then enter the marked door to search for Rudnik. 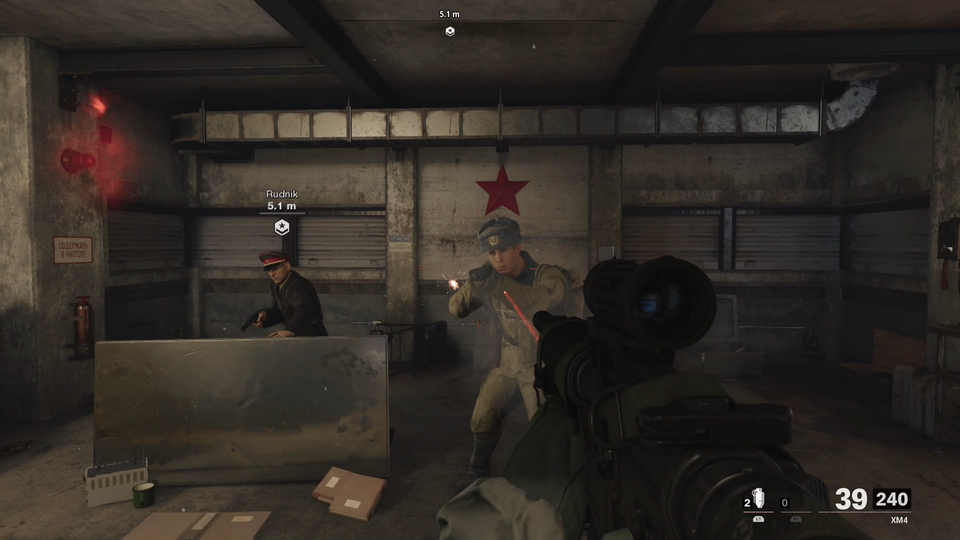 As you breach, use the slow-mo period to eliminate the guard before taking out Rudnik.

To confirm the kill, equip the camera and take a picture of the body then head back to the previous room.

Place the evac smoke grenade on the road to signal your transport out of the area.

Head to the rooftop and begin clearing out the enemy resistance that quickly approaches your location. While on the roof, Command will offer air support so use it to clear out large groups of enemies and vehicles with ease.

Hold down the area until the helicopter begins to land. Head back onto the ground and climb aboard the chopper to complete the mission.