We're in the endgame now

Call of Duty: Black Ops Cold War is available now across a total of five platforms.

After the events of Break on Through, one of the strangest Call of Duty missions ever seen, player-controlled operative Bell will wake up from the memory treatment administered by Adler.

In this guide, find a full walkthrough of the final mission of the Black Ops Cold War campaign: The Final Countdown.

If you have ended up with this mission, you have told Adler the truth at the end of the Identity Crisis mission.

The mission begins with you and Adler approaching the base of Perseus by a vehicle. As you approach, an EMP will knock out all radio towers.

Before you reach the guard towers, use the grenade launcher to take them out otherwise they will kill you!

After taking care of the third set of guard towers, you will reach the wall of the base. Jump out of the car and join the team inside the base. 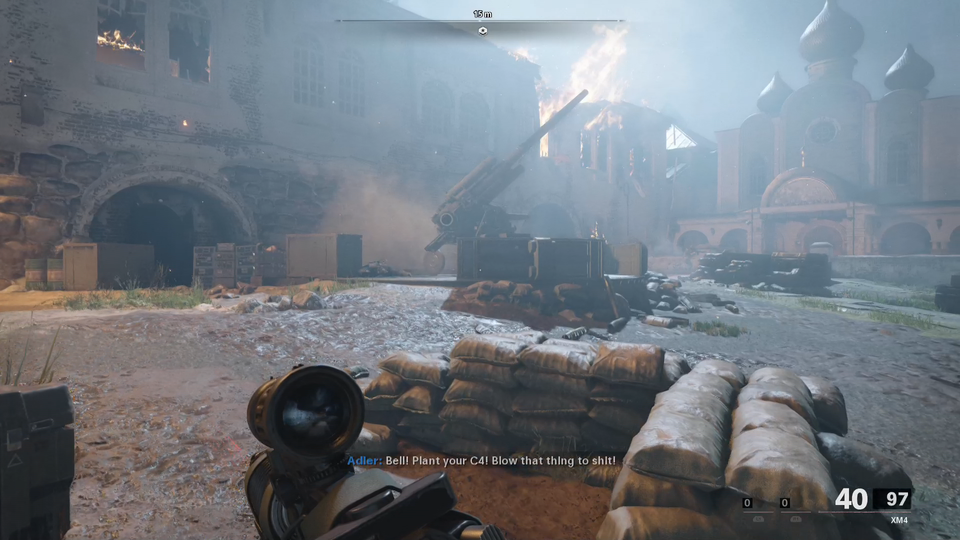 Quickly find some cover then take aim at the burning window on the building overlooking the open area. Eliminate the RPG-wielding enemy quickly.

With that particular enemy dealt with, throw a smoke grenade into the crater ahead of you to provide your team with some cover. Head into the crater and use the edge of it as cover as you eliminate the guards operating the AA gun.

Once they’re dead, rush to the AA gun and plant some C4 on it. Head back to a safe distance and detonate it. 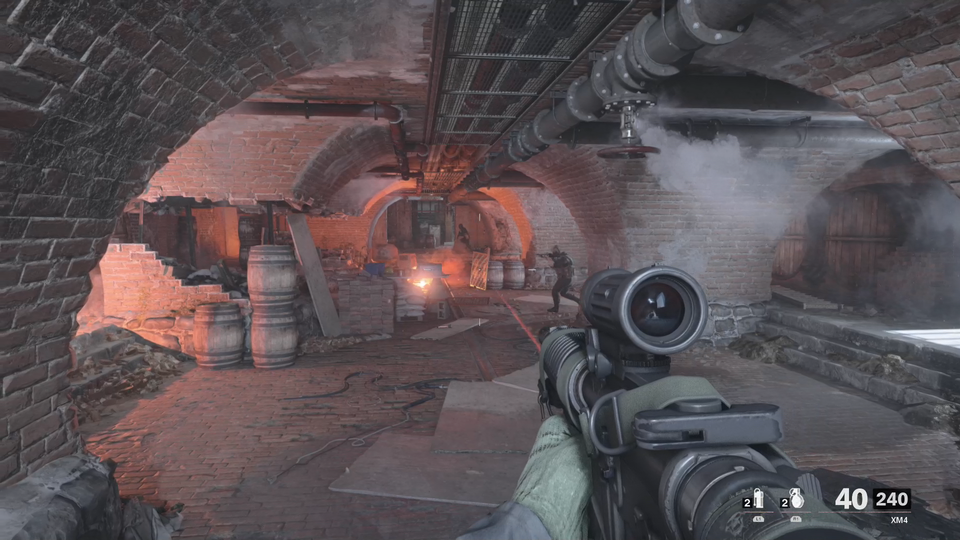 With the first AA gun out of action, join the rest of the team through the double doors on the far side of the courtyard. As you approach, a guard will emerge. Kill him before making your way through the gates.

Once inside, you’ll find an MP5 SMG and a Type 63 tactical rifle along with an ammo crate. Depending on your style of play, equip the weapons of your choice and follow Adler into the tunnels on the right.

To reach the next area, head down the stairs and follow the tunnel to the left. Make your way down another set of stairs and head left once more. Jump over the barricade and keep on moving through the tunnel.

Deal with any enemies hiding behind any cover as you progress to the other side of the room.

As you make your way towards the gate, a Heavy will emerge from the darkness. Shoot it in the head until the helmet flies off then finish them off with another bullet to the brain to take him out.

Head through the gate and follow Adler up the stairs to the cemetery where the final AA gun is situated. 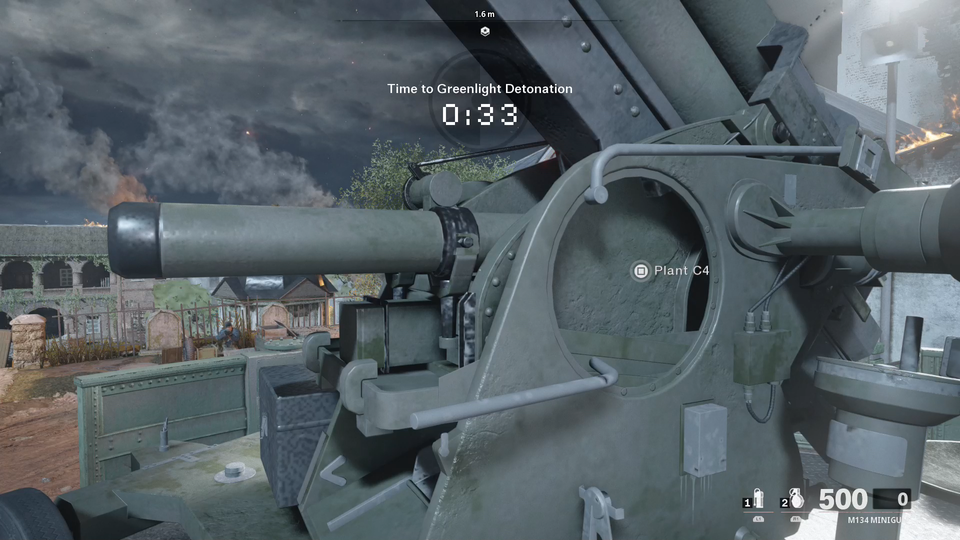 Use the pillars as cover as you deal with the opening wave of opposition in the area. With the first wave clear, head down the stairs and into the cemetery.

TIP: Be careful when using the gravestones as cover. They can crumble when fired upon so be sure to move when under heavy fire.

Rather than using the gravestones as cover, sprint to the tractor on the right of the cemetery as more substantial cover.

On the left, there will be a machine gunner laying down an unrelenting wave of fire. Pick your moment and take him out. With the soldier down, head up the stairs on the left.

TIP: Behind the machine gun, a mini-gun will be in a box. Pick it up to make the next part of the mission A LOT easier.

Equip the mini-gun and shoot every single enemy you can see. With the countdown clock ticking away, quickly head up the stairs ahead of you.

Take out any remaining enemies and make your way to the AA gun. Plant the C4 and detonate it from a safe distance. Planting the C4 triggers the final cutscene as the bombers fly overhead to bring an end to the mission.