Call of Duty: Black Ops Cold War Campaign: How To Complete Break On Through On Veteran Difficulty

Time to open the red door!

Call of Duty: Black Ops Cold War is is available across a variety of platforms and drops players straight into a typical Black Ops thriller.

After Adler has injected Bell with a serum which triggers a memory recall involving a face-to-face encounter with Perseus.

In this guide, find a full walkthrough of the Break on Through mission along with some handy tips on how to complete it on Veteran.

Break On Through Mission Walkthrough

The mission begins with Bell hearing Perseus stating that Adler cannot be trusted. Adler will then tell bell he woke up from the crash in the middle of a fierce firefight.

Move from the burning helicopter wreckage and lay hands on a weapon. Use the sandbags as cover while you move up the area and eliminate the resistance.

When enough enemies have been eliminated, they will begin to retreat. Head down the main path and follow the retreating soldiers into the treeline. As you walk along the jungle path, you will discover some ruins.

Adler will instruct you to head to the right so take a left instead where you will encounter more hostiles. Eliminate the soldiers and continue following the path until you come across a bridge. Adler will tell you to take the zipline to reach the bottom of the canyon, so head left across the bridge.

Follow the path to the right and the screen will begin to warp. Adler will state that you saw another firefight and swapped to the M16 even if you’re not carrying one. Teammates will begin to appear as you progress down the pathway. Take cover, clear out the street ahead and continue following them as they make a left turn. 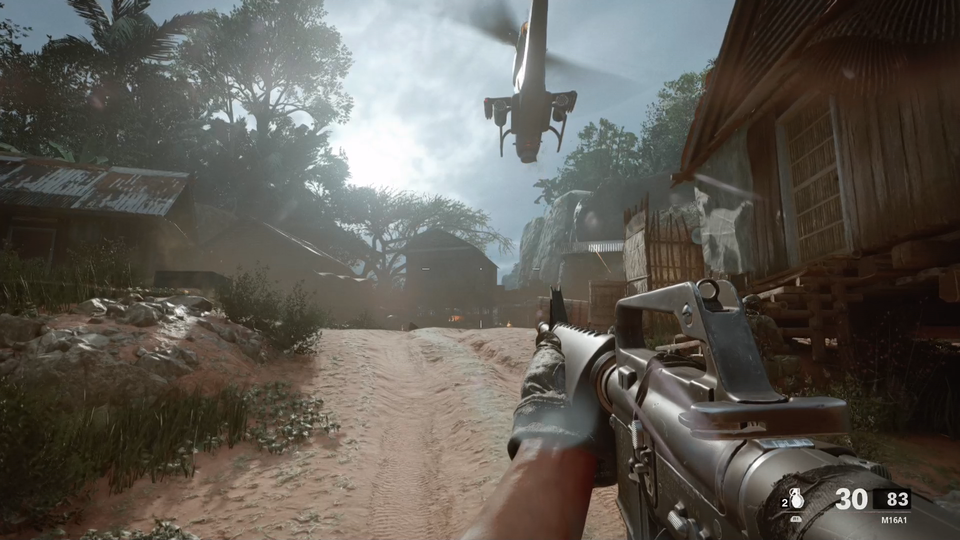 Make your way through the door. Rather than discovering what’s inside, you find a white room containing a TV and a chair. Sit in the chair.

This time around, you will drop from the helicopter in the darkness and you will already be armed with a bow. Adler will then say they’re all alone. Use the bow to take out the enemies in the rice field to avoid attracting any unwanted attention.

TIP: When shooting the bow from a distance, adjust your aim to compensate for the arrow dropping as it travels to its intended target.

With the enemies dealt with, head down the pathway as you did earlier and head to the ruins. At the ruins, take the path on the left where enemy snipers will be sat in the trees. Eliminate them and follow the path to the bridge.

Just like last time, Adler will tell you to take the zipline, but instead, turn left and cross the bridge where you will see Lazar. At the fork in the path, make another left turn and head through the bushes.

You will find an outpost ahead of you. Adler will speak again, saying that the soldiers are friendly reinforcements and were armed with a sniper rifle. Now with a sniper in your hands, use it to pick off the enemies near the outpost.

Shortly after the area is clear, command will come over the radio granting the use of a napalm strike. Use the binoculars to call it in on the house. With the house a burning wreck, another red door will appear. Make your way down the slope and enter the red door. 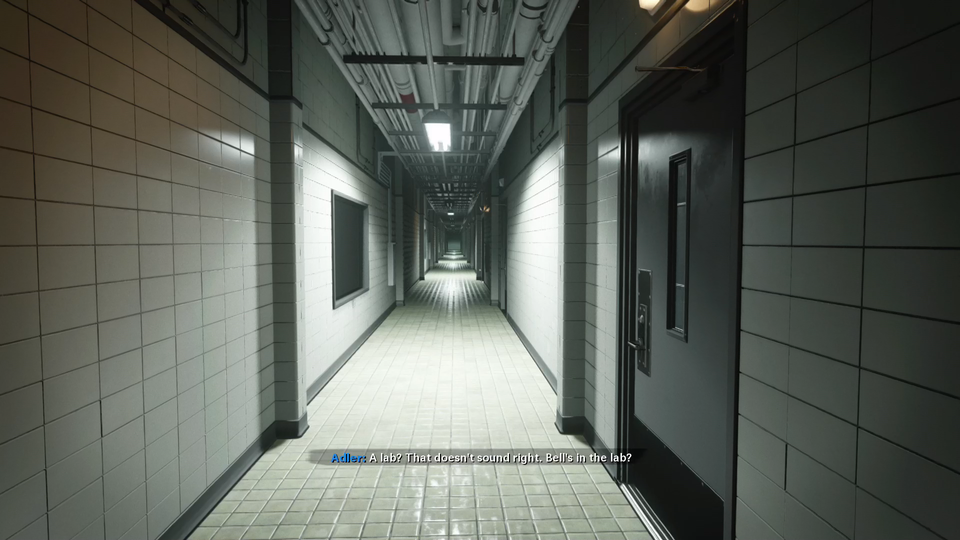 You will appear in some kind of laboratory. Walk down the corridor, checking the closed windows as you progress. The windows will provide some much-needed context as to exactly where you are…

As you check more windows, Adler say that the treatment isn’t working and you will receive some more adrenaline. After the walls change, check the next window shutter on your left where you will find Perseus.

Continue to check the windows as you move down the hallway. As you open the last one, it will shift you into another room similar to the white room from earlier in the mission. Take a seat in the chair in front of you.

Read More: Black Ops Cold War: Playing On A Terrible Set-Up Made Me Better At Call of Duty

You will head back to the helicopter crash as you drop down from the chopper. This time, you are armed with a grenade launcher. Use the launcher to clear out the enemies surrounding the crash site.

For the third time, head down the path and into the jungle. When you reach the ruins, Adler will tell you to go right so ignore him and head to the left. Just like before, take out the enemies in front of you and make your way to the bridge.

This time around, the bridge has been blocked so take the zipline to the floor of the canyon. When you reach the canyon floor, follow the path to the right where you will find a hatch in the ground. Open the hatch and begin to descend the ladder before dropping into the caves. 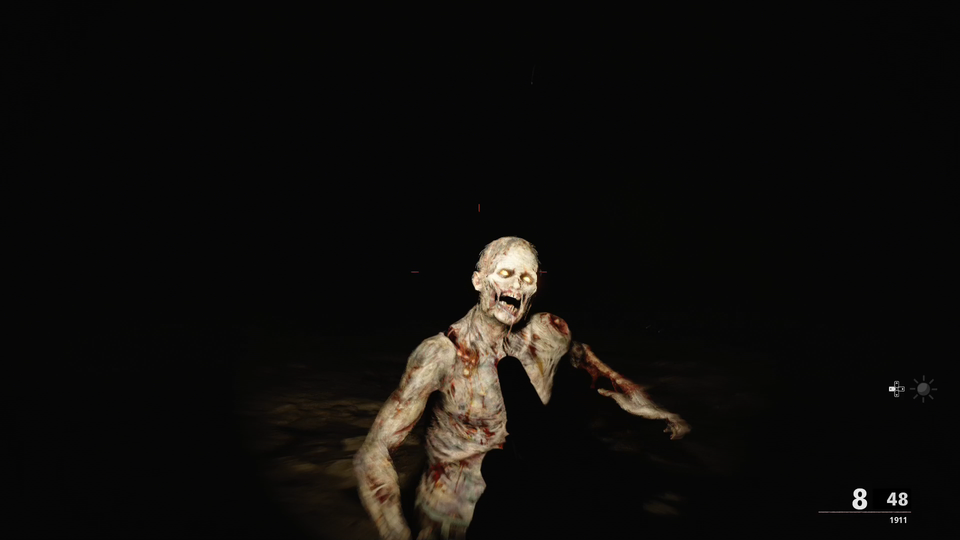 Circle around the desk and enter another tunnel. Move along the tunnel to the right and then the left where you will drop into a huge cavern. Stick to the left wall until you find a small gap and hear something behind you. You will encounter a Zombie and the screen will go dark…

As the light returns, the red door will appear once again. As you attempt to open it, you will be whisked off to the lab which has seen better days. Follow the hallway towards another red door and open it. You will still be in the lab as Adler asks for another injection to be used. Keep progressing down the hallway. The red door will move further away from you so attempt to run after it. When it stops moving, open it and you will be back in the lab hallway once again.

Walk through the hallway just like before. This time, a red door will not appear but all the doors on either side of you will begin to slam shut. As you continue moving down the hallway, you will begin to rise towards the ceiling. As you get within inches of the lights, Adler will order you to turn around. Turn around and follow the hallway where the red door will be waiting for you at the end. Open it and you’ll return to the fully functioning lab hallway. 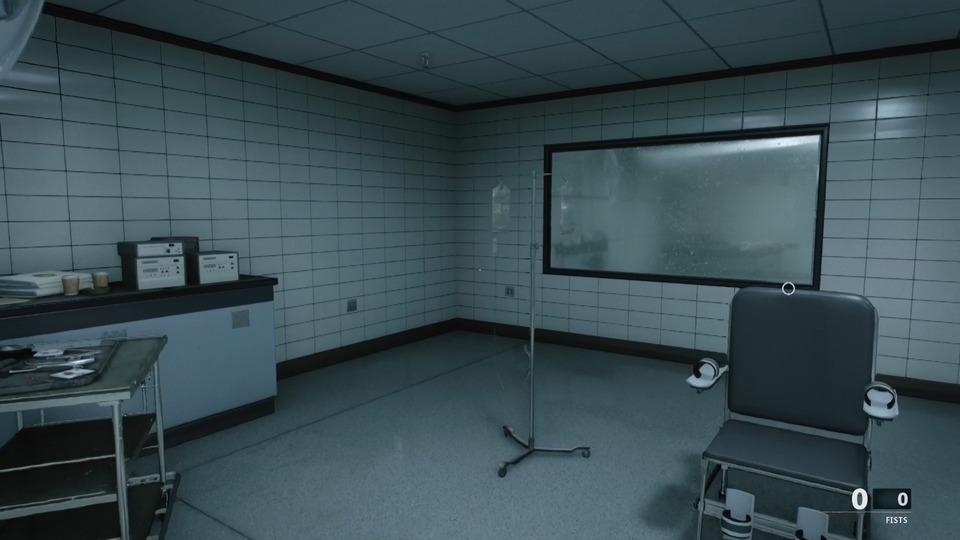 Follow the hallway again and you will see the red door once again. As you get closer to the door, the ground beneath you will open up and you will fall several storeys. At the bottom, the red door will appear again. Head through it and you’ll arrive in a room full of TV equipment. Move to the far side of the room and sit in the chair.

This time around, Adler will instruct you to skip ahead of the first wave of enemies which will place you just outside of the ruins. The red door will be at the entrance of the ruins and Adler will tell you to go inside. Disobey him and head to the right and drop down into the canyon floor.

A wave of red doors will drop down in front of you. Avoid all of them as you move along the canyon floor. After a short time evading the doors, you will be transported to the ruins and trapped in a room where the only way out is to open the red door.

Open the door and be transported to the run-down lab with an open door at the end of the hallway. Take a seat at the briefing table to bring an end to one of the strangest Call of Duty missions ever seen!