Black Ops Cold War has been the subject of high volumes of traffic today after a new update went live.

Update 1.06 implemented some necessary weapon balancing and the game has already experienced a shift in the meta.

Now, a fan-favorite map will be released on Tuesday in the form of Nuketown.

This brand new update should be released in a patch coming later next week, but is there anything else we can expect?

Some employees at Treyarch have already hinted at some changes!

With Nuketown 1984 being added into the game on Tuesday, November 24th; we can assume Treyarch is going to push an update then.

Not only will this update contain the new map, but may also include some more weapon tweaks.

Tony Flame, who is an employee at Treyarch has posted the following tweet which has all but confirmed that changes are coming to the M82.

The last sniper you unlock within Cold War has been massively underwhelming; as it has become a hit marker machine according to some players. 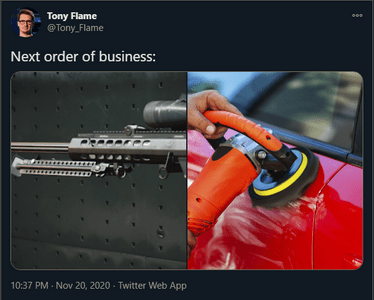 Treyarch themselves have also confirmed that the following fix to the Ring of Fire Field Upgrade is coming with the next update:

Ring of Fire was unintentionally affected and will be fixed in an upcoming update. By design, Ring of Fire should pull from the stock ammo of any weapon as long as there's stock available.

We will be sure to update this page as soon as any patch notes release for the 1.07 update!