Pokemon GO: When Are Kalos Pokemon Coming To Pokemon GO?

Are you ready Kalos?

Pokemon GO has blown the minds of trainers around the world this week by announcing their new 'GO Beyond' update.

But who will be arriving in this new update? Here's who will be joining the game and when.

When Are Kalos Pokemon Coming To Pokemon GO?

The GO Beyond update arrives a few days earlier, on the 30th November. 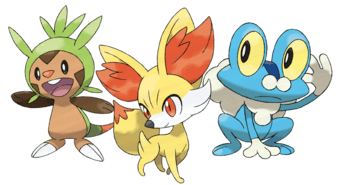