Struggling to complete Fracture Jaw on Veteran? Follow our walkthrough for some assistance

The latest chapter of the Black Ops series drops players into the peak of the Cold War with an all-new campaign developed by Raven Software.

Black Ops Cold War is a direct sequel to the very first Black Ops title which released a decade ago.

Black Ops legends Alex Mason and Frank Woods are hunting for the enigmatic Perseus, a Soviet spy believed to be back in play and on the hunt for intelligence belonging to the United States.

Mission number three of the campaign is “Fracture Jaw”, a flashback mission where you relive the closest anyone has ever been to capturing Perseus.

In this guide, find a comprehensive walkthrough of the mission, including where to find any evidence and some handy tips to stay alive when on Veteran difficulty!

Playing as Bell, you will begin the mission with Adler waking you up. You’ll grab your trusty M16 and follow Adler to the helicopters waiting to take off.

Once the cutscene has concluded, jump straight into the action by using the minigun to open fire on the village.

TIP: Aim for the towers and the rooftops. They often play host to enemies wielding an RPG looking to take you down.

Once the rooftops and towers are clear, the chopper will land. Enter the village and begin the search for any signs of Soviet presence. 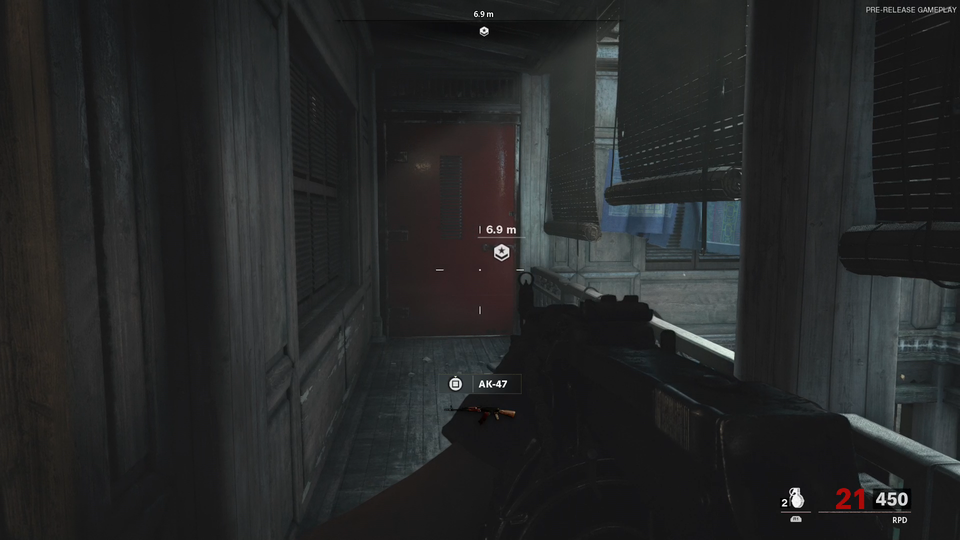 You’ll be met with heavy resistance on the main road and the alleyway on the right-hand side. Pick off the enemies in the alley first before switching focus on the larger groups.

With the road clear, head down the alley to dispatch of the next wave of opposition. This shouldn’t take too long. When clear, head into Building 156.

TIP: Watch out for shotgunners when entering the building. They sit just around the corner and can send you packing in an instant!

With the building now clear of anyone trying to kill you, head to the balcony on the second floor overlooking the courtyard.

There will be a wealth of enemies spraying wildly at you, so pick them off quickly to avoid getting pinned in the building.

With no enemies remaining, head inside the building which Adler mentioned over the radio.

Like the previous building, you will be met with shotgunners on the ground floor, so be careful when entering. Make sure to clear out all opposition before even considering moving up the stairs to the first floor.

Move upstairs, being aware of the enemy soldier that bursts out of the door at the top of the stairs.

TIP: If you’re close enough, use the soldier as a body shield, giving you more protection as you take out the remaining enemies.

With the upstairs now clear, head along the small corridor towards the red door. Sims gives you the call to open it while he clears out the two Soviet soldiers inside. Head towards the desk, to acquire the intelligence.

With the intel secured, head towards the helicopter and Adler. 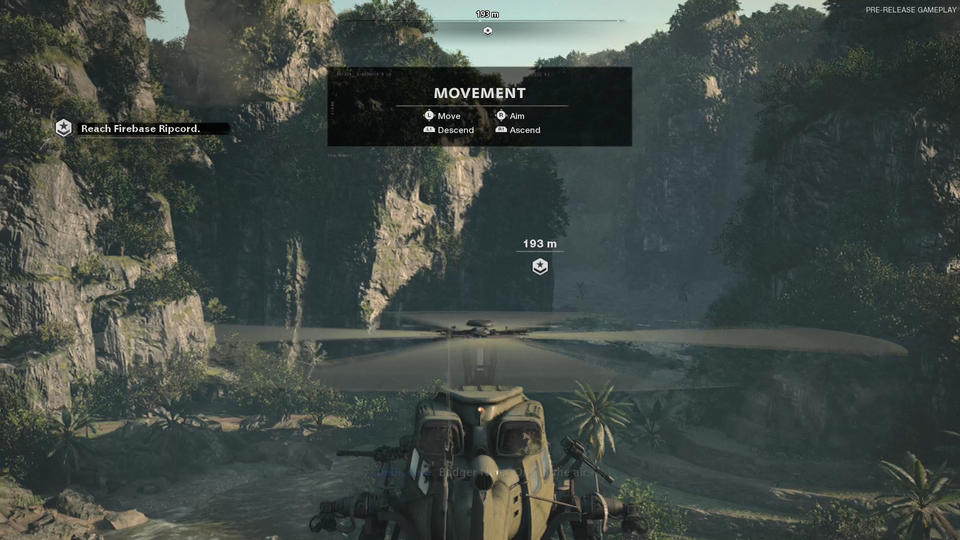 Now safely aboard the chopper with Adler and Sims, fly the helicopter along the canyon using both rockets and machine gun fire to destroy any building that lines the canyon.

Once the first wave is clear, a Soviet helicopter will attempt to shoot you from the sky.

TIP: Strafe left and right in order to avoid the unrelenting gunfire from the Soviet helicopter.

With the enemy helicopter dealt with, continue along the canyon, blowing up any form of resistance that you may encounter.

You arrive at Firebase Ripcord with the opposition on the verge of breaching through. Still in control of the helicopter, deal with the enemies which have been targeted to put a temporary halt to the progress of the enemy.

With no targets remaining on the hillside, Ripcord will alert you of an incoming convoy over the radio. Dispatch of the convoy with a few well-placed rockets then begin the descent to the landing area.

Once the cutscene has finished, the chopper takes off with the precious cargo but moments later, it is shot down.

A new wave of opposition closes in quickly on you and the crash site. Jump onto the minigun while strapped in to stop them from getting any closer. Once enough enemies have been eliminated, you will cut yourself loose from the seat and stagger from the wreckage.

Now free, you’ll pick up an M60 LMG to take down yet another wave of resistance. Soon after, two jet fighters fly over your head to bring the mission to a close.