The GTA Online map has stayed practically identical to the one released at launch.

Aside from a few new buildings and smaller locations, the world players can explore hasn’t significantly expanded in size in the roughly seven years the game has existed.

Though that could all be about to change!

If a respected leaker is to be believed, the upcoming winter update could finally expand the GTA online map, and will bring a whole new heist with it too!

When is the GTA Online Winter Update?

At the time of writing, we unfortunately have no set date for the update.

Though based on being called the Winter Update, and being expected to drop in 2020, we can guess that it will likely arrive sometime toward December!

Also if it’s including other holiday-themed tweaks, like decorations and such, we will probably see it in the run up to Christmas.

For date we’d put it somewhere between December 1 and December 15, don’t hold us to that, but if we had to put money on it, we’d guess somewhere in that range!

Read More: GTA 6 Could Cost More Than $60 According To CEO

What is coming in the GTA Online WInter Update?

Well, we’ve known for a while that a new heist is on the way, and Rockstar have been teasing a new location.

Though the ‘map expansion’ teased by Rockstar insider Liberty 93 is something more than that.

A new location could be a venue akin to the Diamond Casino, whereas a map expansion has the potential to be absolutely huge.

We may have to watch the hype train brakes on this one a bit before we get too carried away but we have a few ideas on what all the information could mean.

First of all, and probably most likely, is it could be a new location teased by band Gorillaz. 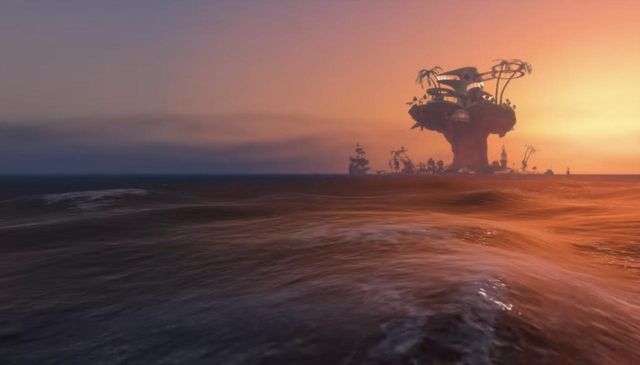 What is this island in the Gorillaz music video?

In a since unlisted music video for Valley of the Pagans, we can see this new GTA location.

This extra island is a fair distance away but is a fair size. It might not make for the biggest map expansion but would definitely count.

We’d likely have to heist in this location, or perhaps it will become our new base of operations, who knows!

Our second guess is a little wilder, but what screams GTA Christmas more than a Santa Heist?

Either by venturing to some new Los Santos North Pole, or Grinch style stealing Christmas from the local children, we could see the new Winter update expand the map and introduce a heist this way.

Exactly why we’d want to do this, who knows? But it would certainly be a lot of fun!

Perhaps at the end, we’d undo our terrible deeds and fly across Los Santos in a Sleigh, a vehicle which Rockstar could then sell for a hefty price to use in-game afterwards...It’s a win-win!

Cyberpunk 2077: A Beginner’s Guide For Players New to Night City