Get Ready For Kombat

The countdown until the release date of Mortal Kombat 11 Ultimate is now on.

Pretty soon the fighting games next expansion for PS4, Xbox One, PC and Nintendo Switch players will be available to download.

Better still, there are some huge new upgrades for PS5 and Xbox Series X owners.

If you've never tried out the game before, Ultimate bundles Mortal Kombat 11, Kombat Pack 1 and the past Aftermath Expansion together with the new Kombat Pack 2 DLC.

For those who missed the announcement before, Kombat Pack 2 adds Rain, Mileena & Rambo to the already massive 37-character roster.

You can take a look at the games previous trailer showcasing the new fighters and everything on offer, just below. But read on, we'll also tell you everything you need to know ahead of launch.

Thankfully the answer to this question is relatively easy.

That's because NetherRealm has been kind enough to not only tell us but to also draw fans of the game a little world map with times and everything on it.

The game is set for a global release on November 17, but obviously, this comes sooner for some players around the world.

Here's when you should find the game live in digital stores: 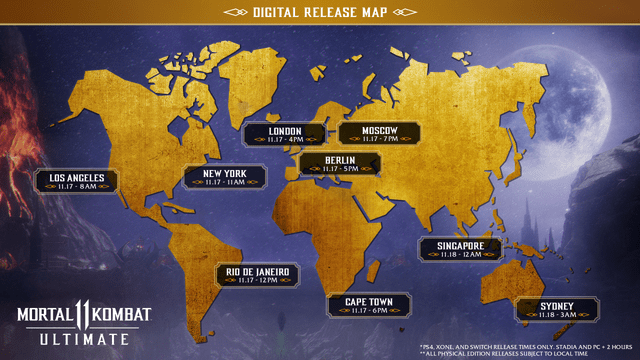 In the run-up to release NetherRealm has shared plenty of videos and kombat kast livestreams to showcase some of their new characters.

You may even have seen some of the new fatalities, brutalities and friendships for the new trio.

Unfortunately, if you're wondering how you go about using these new finishers, then you'll need to wait that little bit longer.

The input codes are not live yet, but should become available shortly after the release of the new update.

Don't worry though, we'll be sure to update you with more info the second the update goes live. 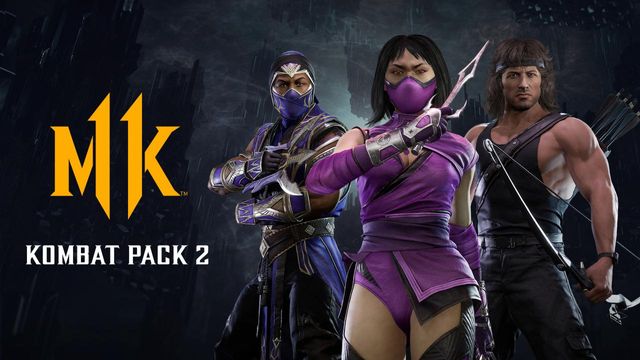 The update is already available now for some players.

Patch Notes for the update are not available yet but should become available soon after the Ultimate Expansion goes live on November 17.

As per Warner Brothers, Mortal Kombat 11 Ultimate includes the following content and enhancements: