Assassin's Creed Valhalla Twitch Prime Free Wards: What Are They, How To Claim and More!

Assassin's Creed Valhalla has now released all over the world.

Similar to its predecessor in Assassin's Creed Odyssey; the game has an ample focus on collecting gear, weapons, and armor.

Along with all the loot within the massive world of Valhalla, there are a ton of collectible items.

Now, Twitch has partnered up with Assassin's Creed to grant players some epic free rewards.

Here's what they are and how to claim them!

In a tweet by the official Assassin's Creed account, they have noted the following items will be apart of the bundle. 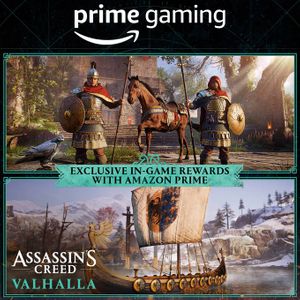 Now, you make be thinking about how you are going to claim these insane rewards.

The process is quite simple, all you are going to need to do is head over to the link that they have attached to the tweet.

This can be found here.

After you head over to the Twitch Prime website, you are going to have to sign in to both your Twitch Prime and Ubisoft accounts.

This will automatically sync the two, and you will have the rewards when you sign into the game next time!

Assassin's Creed Valhalla Twitch Prime Free Wards: What Are They, How To Claim and More!