Don’t get dominated by esports pros online; get coached by them on PLANET9 (Sponsored)

Learn from the best

We’ve all been there, and it’s a very frustrating situation - a few of us have even got the broken controllers to prove it - but what if, instead of getting angry, you could get better?

That’s where PLANET9.gg, a community-driven esports platform, comes in. On PLANET9, instead of being stuck as cannon-fodder for top players, you are given the opportunity to learn from them, to reach their level and maybe even surpass their skills.

So whether you’re an experienced esports expert looking to pass on your knowledge, or you’re a newbie looking for some guidance - you need to be on PLANET9.

Below we’ll delve further into how this game-changing site can help you game better, and we’ve also got the latest update on the PLANET9 University Invitational, as well as a chance for you to win more than £2,500’s worth of Acer Predator gear.

READ MORE: Whether you’re an esports veteran or newbie, you need to be on PLANET9.gg

PLANET9.gg innovates in several different ways. The platform allows you to create your own esports teams, host your own gaming tournaments and track your long-term progress through a deep data suite, but it’s the Coach function that truly makes PLANET9 stand out.

Think of it as getting your own personal Mr Miyagi, only instead of teaching you karate they’ll teach you how to top the leaderboards in your favourite competitive multiplayer game and have other players raging with jealousy at your skills.

In the Coach section of the PLANET9 website, you can pick the trainer who is right for you based on a variety of factors including skill level, experience and price. If, for example, you have a preferred character in Overwatch, you can find a coach who is an expert with your chosen hero. 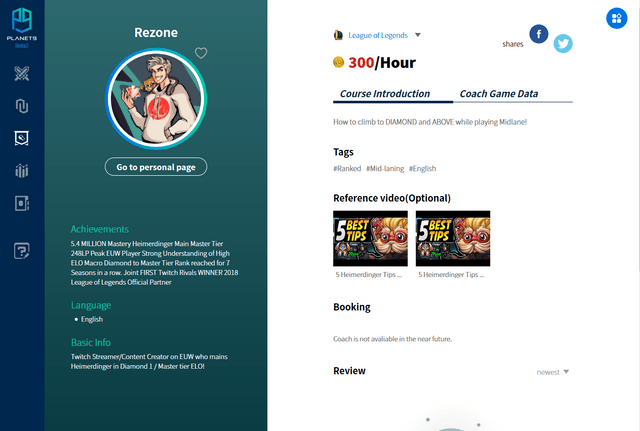 Choose Wisely: PLANET9 lets you pick the ideal gaming mentor for you

Don’t worry, you won’t just be sent a few unhelpful tutorial videos and left to your own devices. Instead, you’ll get 1-to-1 coaching from your chosen pro to make sure you really feel the benefit of training with the very best.

If you think you’re good enough, you can even sign up to be a coach yourself and pass on your abilities to the next generation of top gaming talent.

So next time you’re getting dominated by a player online, don’t get mad, get coached by them!

The Planet9 University Invitational Heats Up

PLANET9, in partnership with Acer and Predator Gaming, is pitting eight ultra-competitive university esports teams against each other in a can’t-miss League of Legends tournament.

The group stages took place last week, with the University of Central London and the University of Roehampton London proving to be the big winners. Both teams dominated their matches to reach the semi-finals, and we won’t be surprised if ultimately the tournament comes down to a faceoff between these two.

However, everyone likes an underdog, and we did see plenty of spirit from the London South Bank University team, who after being knocked into the losers bracket, won back-to-back games in order to reach the semi-finals. Imperial College London also made it to the semis. 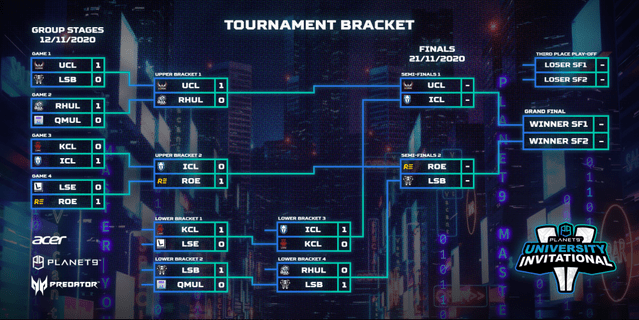 Plenty of talent was on display throughout the group stages, but it was JOJO from University of Roehampton who impressed the most. They’ll definitely be one of the key players to look out for in the finals.

The grand final is due to be streamed on HudL.gg’s Twitch channel on 21st November, where the four remaining teams will be competing for a share of the £2,000 prize pool. Of course, for these teams, it’s more than just cash on the line - it’s bragging rights as well.

If all that excitement wasn’t enough, pro LoL player Kasing and YouTuber/streamer Foxdrop will also be on the stream to talk you through the big victories and the crushing defeats as they happen.

If you can’t wait till the 21st November, head over to PLANET9.gg and get your own esports tournament off the ground right now!

Head over to PLANET.gg for full instructions on how you can win these amazing prizes.