XCOM 2 Collection iOS Review: How Does The King of Tactics Games Fare on iPhone and iPad?

One of gaming's finest strategy titles has made the jump to yet another screen, with XCOM 2 arriving on iOS and iPadOS just months after hitting the Nintendo Switch.

Despite being four years old, XCOM 2 remains the high water mark for the tactics genre, and the addition of its subsequent add-ons only increase its longevity – but the ability to play it anywhere feels transformative.

For newcomers, the concept is fairly simple to parse: aliens have taken over Earth, and it's your job to recruit a ragtag group of soldiers to strike at enemy forces in order to rally more to your cause.

To that end, XCOM 2 is two-parts human chess and one-part resource management. You'll plot routes for your characters, tell them which way to aim, and hope that they make it out of the other side.

Between battles, you'll research new technology, build impressive new death-dealing weapons, and level up your squadmates as they progress from rookies to battle-hardened veterans, all while learning new skills along the way.

Of course, all of this would be almost impossible without serious thought given to the game's interface. Thankfully, everything gets a slight rework to make it more enjoyable with your finger than with a mouse (no mouse support here, at least yet, iPad fans).

That means that when your best-laid plans go awry, there's no one to blame but yourself (and your idiot soldier missing an enemy that's just a few feet away). 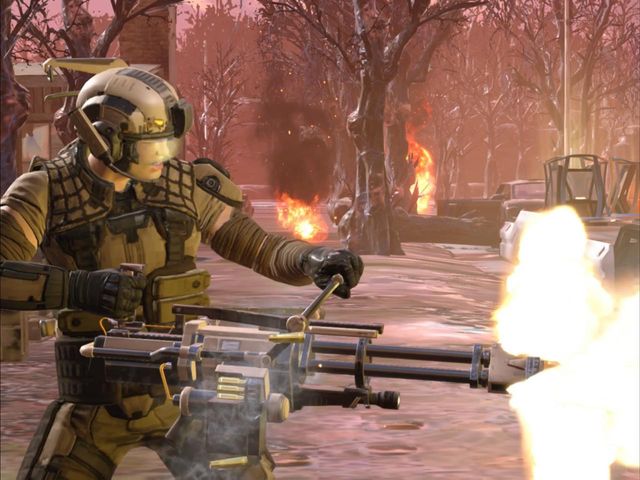 XCOM 2 puts your team against immeasurable odds, but a minigun definitely helps

Jumping into the game, it's clear to see that concessions have had to be made to both allow the game to run on mobile devices but also to ensure a smaller file size. The game requires 8.5GB of space, but it undoubtedly earns its keep.

While cutscene quality is reduced, and explosions and the like are pared down in a similar manner to the Switch port, this is still a stunning recreation of not only XCOM 2 War of the Chosen, but four other DLCs, too.

Textures are undoubtedly lower in fidelity than the PC version, too, but honestly, it's hard to grumble because of the sheer volume of content here, even with multiplayer not available (Feral Interactive has noted that this could come later).

While I'd have liked to be able to use a mouse and keyboard (for inputting names for custom soldiers, if nothing else), what's here is nigh-on feature complete, and being able to reach for your device to jump into a quick skirmish breathes new life into the game. 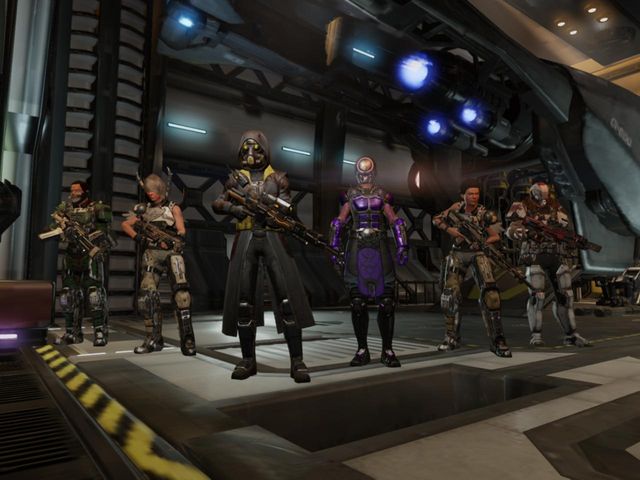 Once you've built your team, there's just the small matter of keeping them alive

While some will baulk at spending $24.99 on a game for their iPad, make no mistake: XCOM 2 Collection is the real deal.

It's a great way to play one of the finest tactics games in history, as well as all of its DLC, all on a thin and light tablet device, rather than a hefty PC or console.

If you can cope with a visual downgrade, there's nothing better for gaming-on-the-go.

Review copy provided by the publisher
For reference, my iPad of choice is the 2020 iPad Pro.

Titanfall 3 LEAKS: Release Date, Platforms, Trailers And Everything You Need To Know