Players can submit a selection of highly-rated players in exchange for a randomly selected TOTW player from the past TOTW squads.

It's the perfect SBC for those that want to complete a high priced SBC, which requires TOTW players, such as POTM Heung-Min Son.

While the TOTW will begin with the first seven squads, it will also include TOTW 8 once it is live on Wednesday.

You may even get lucky and pull a valuable player that fits perfectly into your squad!

So how much will it cost me? Here's the cheapest solution.

The SBC went live on the 14th November at 6pm GMT.

To complete this TOTW Upgrade SBC, you'll need to submit the following: 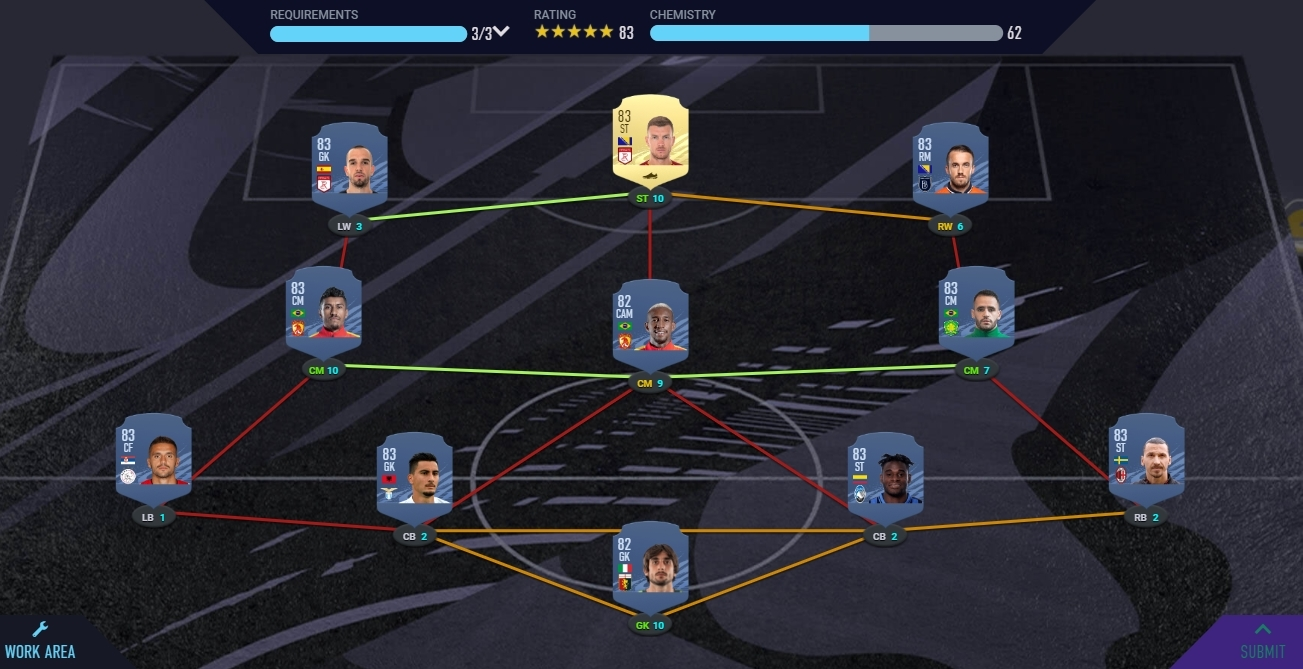 The requirements are pretty straight forward and will require an 83 rated team.

You can use a couple of 82 rated cards to reach your target, as well as throw in an 84 so you spend less on 83 rated players.

But be warned, the difference in 82 and 83 rated players is quite low at the moment. But the upgrade to an 84 is much steeper.

If you want to save cash, try investing in as many GKs as your chemistry will allow as they are noticeably cheaper than outfield players.

Serie A has an abundance of 83 rated players in it to choose from.

So is it worth it? To an extent, it depends on how much you want to spend and how many untradables you have.

In-form discards for just under 10,000 coins, so you're effectively spending roughly 15,000 coins for a minimum 66% ROI in terms of value; obviously, you won't be able to trade it.

You'd be silly not to at least try your luck once. If you have a lot of discards, 83 rated players have been far less valuable in SBCs so far this year so they're running for a lot cheaper and not necessarily worth holding on to at the moment.

But as more people do this SBC, the price of 83s will rise due to the desire to complete the SBC (especially as its repeatable) and with so many being traded in there will be far less on the market.