Is Galactus coming next week?

Fortnite Chapter 2 Season 4 is about to get an update, at least according to leakers.

We’ve known v14.60 has been in the pipeline for a while, just not when it will arrive, though it should be coming next week!

The update may have some big surprises in-store so check out the news below, as well as our speculation!

It has now been confirmed via the FortniteStatus account that the update is coming tonight!

Beware of downtime beginning at 4:00 am EST!

The creator patch notes have been revealed! 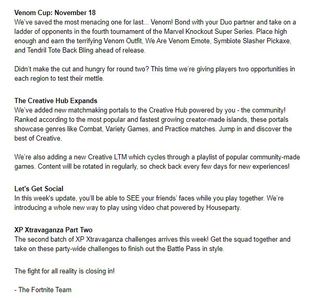 The BIG news is obviously the event files that are being added with the update, how can it not be.

The Nexus War season is sure to go out with an amazing bang, and we just can’t wait.

We don’t know for certain what the event will look like but we can take two guesses.

The first is the Nexus War fight with Galactus is a giant battle (like the Mech v Monster fight in Chapter 1).

An alternative is that the Galactus fight is instead more like the Storm King fight in Fortnitemares back in Chapter 1 Season 2.

The fact that the Storm King LTM didn’t reappear this year during Fornitemares might hint that something similar is on the way (and Epic Games didn’t want to double up on game modes). 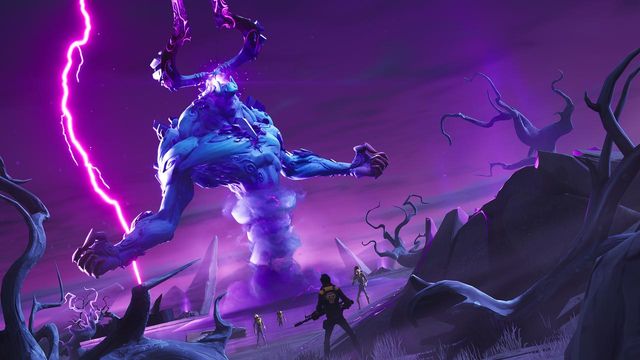 Could we fight Galactus ourselves like we did the Storm King?

This could make the more cutscene like event be something different, perhaps the return of the Marvel characters to their own world, and maybe the rise of Joker, Poison Ivy and Midas Rex to come in?

We also know that Troy Baker recently recorded lines for his Fortnite Character, the suited Jonsey look-a-like from the Chapter 2 Season 2 event, so maybe he’ll show up?

Read more: How To Get The Wildcat Fortnite Skin!

Beyond this, we don’t think there’ll be anything major.

Maybe a weapon tweak and bug fix here or there, but with Chapter 2 Season 5 so near, we’ll likely see more come then.

We might finally see the Fire superpower teased with Daredevil back when his cup was announced, but who knows at this point, we’ll just have to wait and see!

As we learn anything we’ll be sure to let you know!