Nintendo May Have Leaked A New Metroid Title for the Switch

It has now been over a decade since the last Metroid Prime game was released to the public.

This does not look like it is going to change anytime soon as well.

With Nintendo being hush regarding Metroid Prime 4; fans of the series have lost all hope it seems.

Until today! As it appears Nintendo may have missed a massive oversight and could have alluded to a new Metroid game for the Switch.

This was originally spotted by PapeGenos who found the following image, showing someone using a Nintendo Switch playing the Metroid title.

If this leak pans out to be true, this would not be the first time Nintendo has accidentally leaked a game.

Earlier in the year, they over-looked a listing on their website which ultimately leaked Kirby Fighters 2. 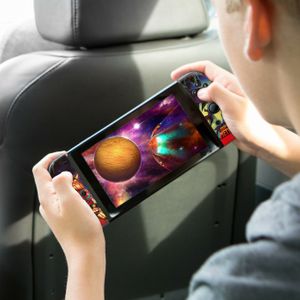 They note the following:

There are rumours circulating of a 'leaked' Samus Returns title for Nintendo Switch. Despite this appearing on Nintendo of America's website showing an image from Samus Returns, it is from a Super Metroid Switch skin product by brand "Controller Gear"

Other products in the range feature screenshots from relevant games connected to the product, that have been superimposed to the Switch. With all of this in mind, we are confident that this isn't confirmation of Metroid: Samus Returns arriving on Nintendo Switch.

So, this advertisement could just be a convenient image to use to show off games being played on the Switch.

But, to the regular fan, it does seem a tad odd that they chose to use an unreleased Nintendo game.

While it looks unlikely this game ever releases on the Switch, fans of the series are hoping this was another misstep by Nintendo!

Pokemon GO: Pokemon Tagging Release Date, How Does It Work And Everything You Need To Know

Save £90 On This ASTRO Headset, Perfect For Black Ops Cold War