Destiny 2 Beyond Light: How To Get The Lament Exotic Sword

This guide is based on leaked information and may be a spoiler for Beyond Light content that Bungie hasn’t yet released.

If you want to wait, you can come back when The Lament is officially released, or you can take a sneak peek now to get the hype train rolling!

Either way, we hope this guide helps you when The Lament officially releases in the game.

What is The Lament Exotic Sword?

The Lament is a new exotic weapon in Destiny 2 Beyond Light.

It’s a giant sword-chainsaw, a chain-sword if you will, and will absolutely decimate foes.

The weapon may not be officially released, but details can be found in the Exotics Collection with Destiny 2, where we can see details of the weapon’s perks.

The first is Banshee’s Wail, by pressing the Aim button (LT on Xbox, L2 on PlayStation and the Right Mouse click on PC) you can rev the blade.

This will bypass shields and deal shield-piercing damage to those annoying Strike foes!

If this wasn’t good enough, Tireless Blade will make The Lament produce Sword Ammo every other kill, and damage dealt while revved heals you thanks to Revved Consumption.

This thing not only looks cool but is absolutely ready to just kill.

How to Unlock The Lament Exotic Sword

Now that the raid has been completed, the quest has unlocked.

This is your last warning! 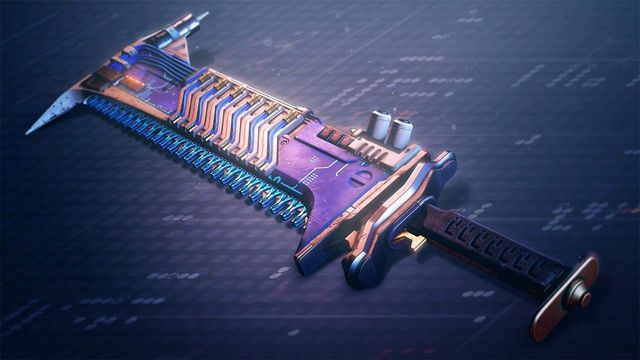 Step 2 - Locate the Giant Exo hidden in the Exo facility

Our recommendation is to head to the Perdition Lost Sector.

The post-campaign missions can be grabbed from Zavala and Variks, but if you've already done it, the game will skip this step.

You'll need to stay close to torches (or collect red motes from Vex) to avoid freezing to death and beat the boss at the end.

This doesn't need to be done via the Strike playlist, so you just head to the strike from the Director and grab the blade pieces from one of the final enemies.

Head to lost sector Bunker E15 in Eventide Ruins, clear out the enemies, kill the boss and open the chest.

Trigger the quest and fight your way through the enemies to reach the Giant Exo again.

There are quite a lot of steps, but The Lament certainly looks worth it.