Who are we all supporting for Europa League this season?

The UEFA Europa League Road to the Final cards have dropped in FIFA 21 Ultimate Team, with a selection of superstars that will be featuring in this years’ Europa League competition.

Just like the UCL Road to the Final cards, these will receive a +1 upgrade for each new stage of the competition that the player's team reaches.

5 new cards have been released into packs, with another released through SBCs, with Youcef Atal’s good value SBC being released as well!

How Europa League Road to the Final Cards Upgrade

Unlike Ones To Watch, Road to the Final card upgrades aren’t based on individual player performances, but are instead based on how the overall team performs throughout the UEFA Europa League.

For those that are familiar with the Champions League RTTF cards, the Europa League RTTF items upgrade in a similar fashion, with upgrades occurring when teams of players: 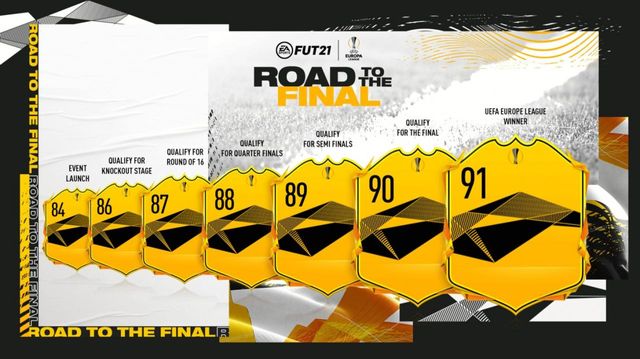 Napoli would appear to be one of the real powerhouses in the Europa League this season, and while they’re in a tight battle for the knockouts with AZ Alkmaar and Real Sociedad, look to be a likely candidate to go far in the tournament, which would make Koulibaly an incredible Serie A CB later in the FUT calendar. 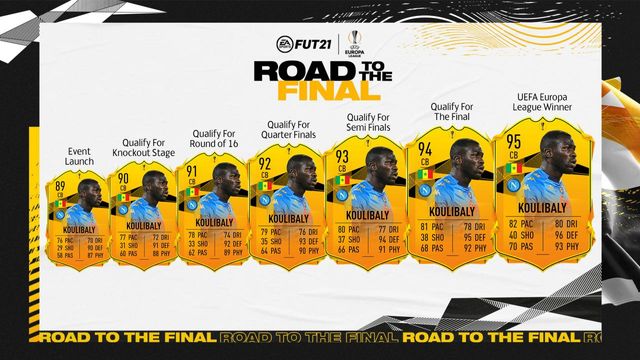 Benfica have been strong performers in Group D, sitting on 7 points with Rangers currently. While Liga NOS and Benfica may not have the best link possibilities for FUT teams, Grimaldo could easily become one of the best LBs in the game with a few upgrades. 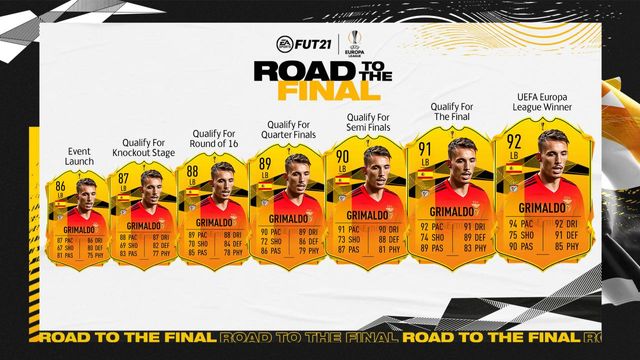 With right sided attackers being a scarce position for usable options, it’s great to see a usable, upgradeable Portu card added! Real Sociedad join Napoli in a tight group, however if the Spaniards go far, Portu would easily become one of the most sought after right wingers not only in La Liga, but in FUT.

Without doubt the most sought after card in the Europa League RTTF set, Sissoko would be an incredible addition to most people’s FUT teams, linking in to popular meta French players as well as Premier League teams. If Spurs were to go far in the tournament, this card would be a scary midfielder to come up against.

Milan currently sit 2nd in Group H behind LOSC Lille, however they seem like good candidates for progression into the knockout stages. We love the look of Kessie’s card should he receive a few upgrades, and could easily become one of the leading Serie A midfielders in FUT 21.

While Bebou may be the lowest rated card in the Europa League set, if Hoffenheim progress through the next couple of stages of the Europa League, he’ll become a very usable card, getting a +5 rating boost for the next 2 upgrades. With Hoffenheim currently leading Group L, they seem to be firm favourites to go into the knockouts.

Should they progress, Atal’s card will become even more monstrous, so it may be worth taking a chance on him and hope the French team can get through the group stages. 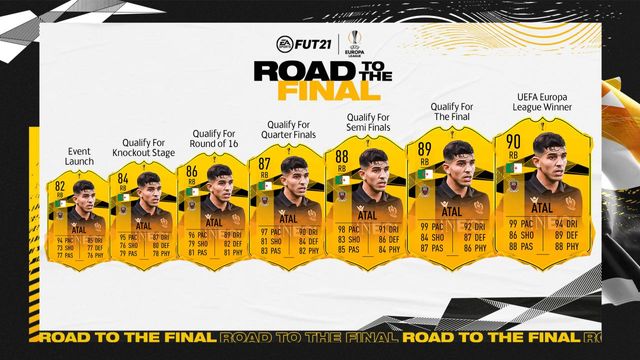 Arsenal stand a decent chance of progressing well into the Europa League given their strong run of results currently in the competition, meaning Aubameyang has some serious upgrade potential.

Whether he’ll be worth the hefty price tag until later on in the year when he receives his big upgrades though is a slight concern, but he’s still a top tier talent. 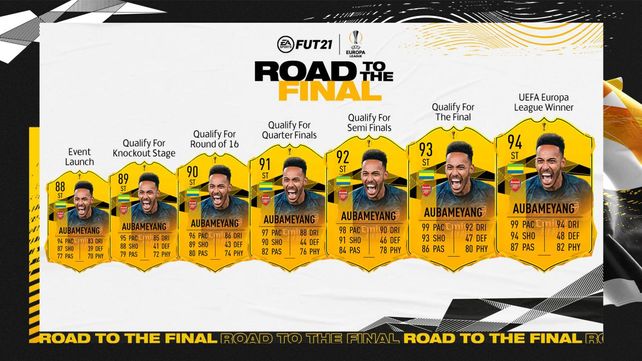 Sitting high at the top of Group A on 7 points, Roma look very likely to progress to the knockout stages of the competition, meaning Bruno Peres has a +3 boost already locked up, taking him to a very well rounded 84 RB.

With Serie A and Brazil somewhat lacking in RB options, we’re all hoping Roma can perform in Europe to plug that squad building gap in FUT.

While Diaby isn’t necessarily the best card for FUT, with only a 2* weak foot and relatively poor shooting and physical stats, he could still become a good card should Leverkusen progress well into the competition.

Currently sitting 2nd in Group C, it’s somewhat of a tight group, so definitely worth keeping an eye on these fixtures just in case Leverkusen don’t manage to make it through.

Leicester have had an awesome start to the season both domestically and on the continent, sitting at the top of both the Premier League and Group G in the Europa League.

While there may be better CDM options currently in FUT, should Leicester go all the way, Ndidi could be a force to be reckoned with in midfield.

Arguably the most hyped card in the Road to the Final selection, Renato Sanches is the epitome of an all-round midfielder.

With big initial upgrades, going from an 82 > 84 > 86, and with Lille looking very likely to progress to the knockouts, Renato Sanches could become one of the best midfielders in the game, and with links between CR7 and Neymar/Mbappe, will be very demanded for high-level teams!