New items have been spotted in Verdansk!

Patch 1.29 for Modern Warfare and Warzone has gone live across all platforms.

The latest patch has introduced a wave of brand-new content including Warzone Private Matches for the very first time.

Alongside Private Matches, Warzone players are beginning to spot some new items of loot in Verdansk.

One of the new items is a Radiation Counter.

First reported by @ModernWarzone, the new piece of tactical equipment can be found in Supply Crates.

It is currently unclear as to what purpose it serves in the current Warzone map, but several people have suggested that the Radiation Counter could well be a part of the impending nuclear device launch which has been teased for several months.

Could this item coincide with the rumoured “Rebirth” event said to be arriving in Warzone in the coming weeks?

Could this relate to the Rebirth event?

It’s more than likely that this is the case. It feels like an age since the nuclear device in Bunker 10 was first discovered.

Widely believed to be the trigger of the integration of Black Ops Cold War into Warzone, more and more clues are pointing to the Rebirth event taking place very soon.

Alongside the Radiation Counter, an iconic Black Ops item has also been spotted.

A fully functional RC-XD can be acquired from Supply Crates too! The remote-control killstreak can be used in a variety of ways to eliminate the opposition.

Its presence in the game all but confirms that the Black Ops Cold War integration is imminent. 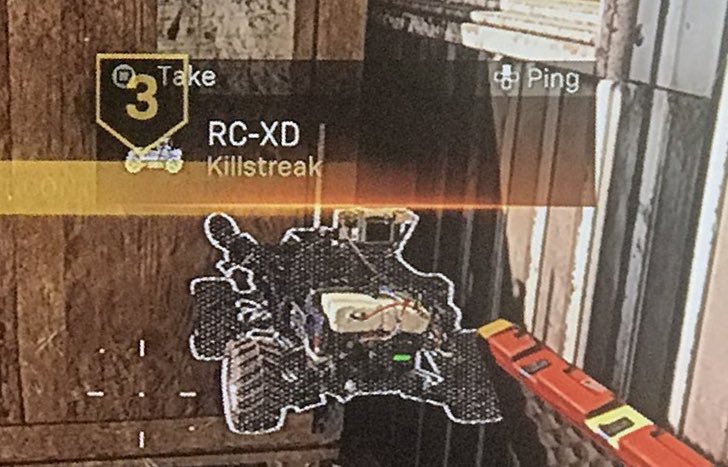 The RC-XD is in Warzone!

Beginning on November 13th, the integration will begin with all Black Ops Cold War Operators being added into Warzone.

Coinciding with the launch of Season One on December 10th, the entire Black Ops Cold War weapon arsenal will be added into Warzone before a new map is expected in the first half of 2021.

See the RC-XD in action below!