Decades before Game Pass and digital storefronts and no end of mainstream gaming publications, folks would walk into their local video store, gas station, or grocery store and find walls of video-game box art. Players didn’t have Twitch or YouTube or even ubiquitous access to the internet. And so for years, a game had pretty much one way to make a first impression: its cover art.

Director Rob McCallum (Nintendo Quest, Power of Grayskull) realized he wanted to document some of the history behind these images, and his new eight-part docuseries Video Game Box Art: The Stories Behind the Covers aims to do just that. It’s set to premiere on Tuesday, December 15, from The Nacelle Company (The Toys That Made Us, Down to Earth with Zac Efron), and you’ll be able to stream it on Amazon Prime, Apple TV, Google Play, and other on-demand platforms.

Curious to know more, I reached out to McCallum to chat about the series.

Alex Kane: I vividly remember a time when people bought or rented games based on the cover art, or because of a write-up in a magazine with a certain illustration. In exploring this stuff, did you get the sense that it’s something of a lost art? Do you think it’s fundamentally changed over the years?

Rob McCallum: When I was growing up, we bought games based on the cover. I sound like such a crotchety old man, but it’s true. There’s so much information nowadays that no one ever buys a game based on the cover, or an illustration, or a single screenshot they found in a magazine. There are reviews, trailers, forums, and AMAs that detail nearly everything about a game — save a few plot twists, perhaps — before anything is released.

That change also means that a lot of the magic of discovery is gone, as well as the magic of seeing and imagining the world of the game as presented on the cover. We don’t see illustrative game covers now. We see carefully arranged screenshots or game-engine models lit to evoke a mood. I always say it’s like that line in Jurassic Park: “T-rex doesn’t wanna be fed; he wants to hunt.”

Kane: The Nintendo documentary you made was sort of a road-trip story, and of course now we’re in the midst of this horrible pandemic. Did that impact the process? Were you able to travel for interviews on this one at all?

McCallum: Thankfully, we shot the bulk of this series in 2016 and 2017, way before the pandemic hit. And — like Nintendo Quest and the upcoming Action Figure Adventure — I love a good road trip, and earlier drafts of the treatment for VGBA had a road-trip element happening.

But that’s when I was going to make this a feature-length experience, which, ultimately, I decided would’ve been counterintuitive to the purpose behind the project — to shed light on the unknown cover illustrators. You can share and show more across eight episodes than you can in 90 minutes.

Kane: Care to tease one or two of the people you spoke with, or any video game whose cover comes up as particularly important? Anything like that?

McCallum: Of course! Mark Ericksen shares his infamous tale about Mega Man 2, but we also hear about his process on so many other covers, and we see materials that showcase different stages of the cover production, too. Tom duBois, who crushed so many awesome Konami covers, shares a wealth of insight on his favorite covers — plus a legal entanglement over the cover for Blades of Steel.

I also talked with Brom about the events of Columbine, and how it tied into his covers for Doom II and Diablo II. And Tim Girvin discusses the overall packaging approach to NES and SNES games. I love that it was his decision to change from a portrait to landscape orientation for the game boxes.

Most episodes feature two artists who created dozens of game covers, so there’s no shortage of games discussed or things to learn. 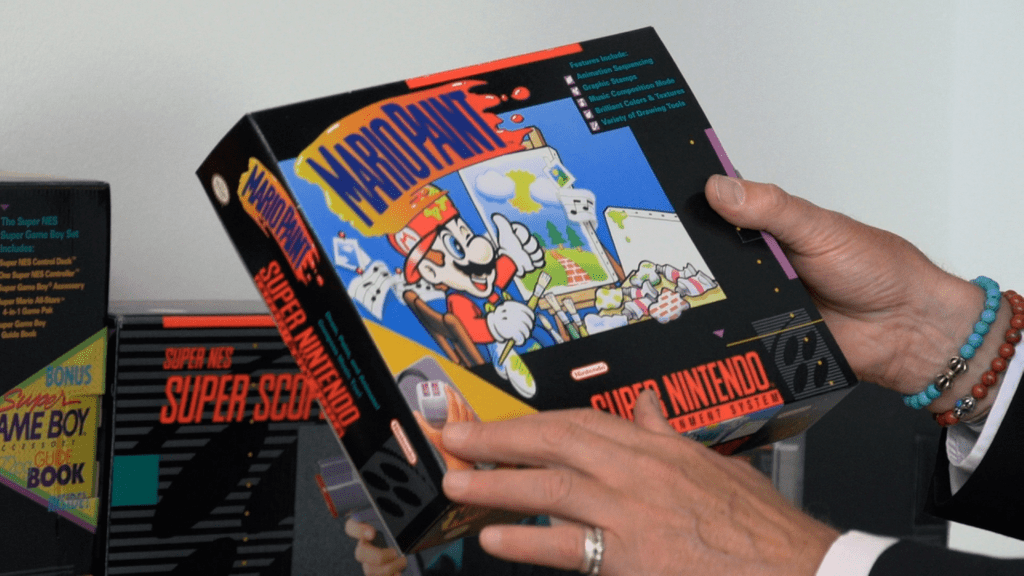 Kane: Did you learn anything especially surprising about the way games are marketed, or the process behind these illustrations, that shaped the doc in some way?

McCallum: A million things. In the early days of the game industry, there was a lot more freedom and less of a marketing department for more companies, so the artists had a lot more freedom to create the covers without interference.

By the mid-nineties, when Photoshop came into use, marketing departments were a known entity, and making game covers was never the same. That’s also around the time that logos came into fashion instead of unique covers. So just seeing how all these little things that happen on their own, but suddenly line up, was really enlightening. I liked learning about the Fairchild game covers and the use of numbers on them — so it compelled the family to collect them all and not have any gaps in their libraries.

I also liked learning how games nowadays will create key art — since physical covers aren’t always part of the equation — and really try to showcase a world in a unique size that gets reformatted across web banners, store displays, thumbnails, and other digital hot spots. It’s really clever.

Kane: What was the moment you knew this was a history you wanted to delve into? Did you start with one particular question or story?

McCallum: After Nintendo Quest, I didn’t know if I ever wanted to make a doc in gaming again, and three other projects of mine had been produced or nearly finished before the idea for this came to be. It was rooted in events that you’ll see in episode eight, where good friends of mine who own a game store bought some game art but didn’t know much about the game company, and certainly couldn’t find anything about the illustrators.

Then I realized I barely knew any of the illustrators that created these iconic covers. This led me back to my favorite segment in Nintendo Quest, on box art, with Mark Ericksen. I just thought these people deserve more credit for their impact, so I’m gonna go out and find them and share their story, and learn more about these game covers that, for most of us, is still the image that flashes in our brain when we think of those games.

We put out a call for gaming illustrators when we greenlit this project, and in short order had about 150 willing participants. This is a series that could delve into so many video-game covers for years to come.

The conversation has been edited and condensed for clarity.