Borderlands 3's first season pass may be over, but a second one is launching this month.

Adding two DLCs that remix existing content as well as adding fresh new additions, fans of Gearbox's looter/shooter/RPG hybrid have plenty to look forward to – alongside next-gen versions of the game for PS5 and Xbox Series S/X.

Here's everything we know about Season Pass 2.

That means you can pick it up now and be playing once it's downloaded, but there are no pre-loads available.

While the first season pass added in a variety of campaign and story additions, Season Pass 2 is a little more... meta.

There are two expansions included (down from four in the first pass), but each is different to anything Gearbox has previously released.

Available at the time of writing, Designer's Cut is available for purchase and remixes the game's existing Vault Hunter classes by adding new classes.

Each also gets their own "Multiverse Final Form Cosmetics", but these are available to all owners of Season Pass 1, too. 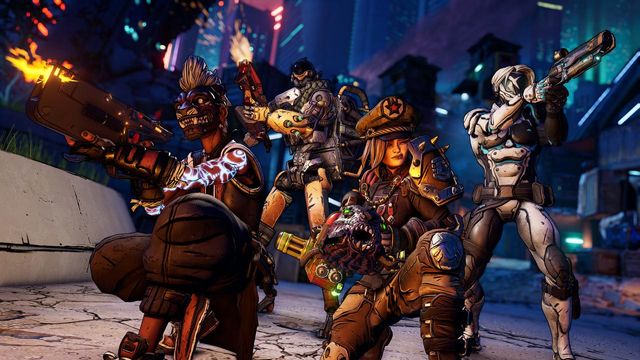 Perhaps the biggest addition, though, is a new Arms Race mode. Players jump in with no gear at all, and scavenge to battle off waves of enemies and make it to an extraction point. Make it out alive and keep any high-level loot, but die and you lose everything.

Read more: Everything we know about the Borderlands movie

The second piece of DLC included in the second Season Pass, the game's "Director's Cut" DLC is expected in Spring of next year.

Unfortunately, that's all the news we have at the moment, but we'll keep updating this as soon as we hear further.