Whether you’re an esports veteran or newbie you need to be on Planet9.gg (Sponsored)

Have you ever wanted to create your own League of Legends tournament but didn’t know where to find competitors? Maybe you want a chance to prove your superiority in Apex Legends but are tired of playing with randoms? Or perhaps you’re looking to sharpen your gaming skills but online guides just aren’t cutting it?

Whether you’re an experienced esports veteran looking to offer your services as a coach, or a newcomer looking for advice to help boost your KDR - Planet9 is the platform you need to be on.

We’ve got all the information about this cutting-edge site down below, as well as first details on the Planet9 University Invitational (one of the hottest esports tournaments of the year).

Here are all the details you need to know….

Train with the experts, compete with the pros, win it all 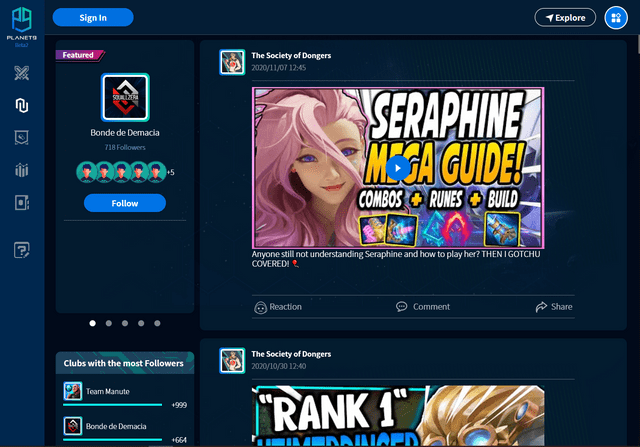 Battle allows you to create and compete in online tournaments for the hottest games around, from Fortnite to Rainbow Six: Siege. You can set the number of participants, prize pool and the format, allowing you to create the esports tournament you’ve always wanted to compete in.

Clubs enables you to create your own gaming teams, as well as interact with brands, communities, influencers and pro esports groups. Once you’ve got your team assembled, you can challenge other teams to compete with yours.

Stats is your own personal data room, where you can review your gameplay and track your progress. Want to see why you were defeated in that last match? Or look at what areas of your game need the most improvement? Then this is where you need to be. 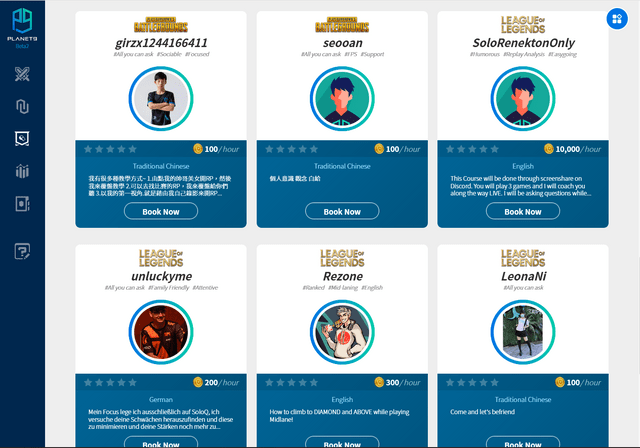 LEARN FROM THE BEST: Planet9 offers you the chance to be coached by real-world pros

The Coach function offers you the chance to be mentored, 1-to-1, by experienced pros in your favourite games. You can select your ideal trainer based on a variety of factors including skill level, experience and price. And if you think you’re good enough, you can sign up to be a coach yourself and pass on your wisdom to help train the next generation of top gaming talent.

Planet9 is so much more than merely a social platform: it’s a community hub where you make new friends (and maybe develop a few rivalries), sharpen your skills and, crucially, rise to the top.

This November, in partnership with Acer and Predator Gaming, Planet9 are pitting eight ultra-competitive esports teams against each other in the ultimate League of Legends tournament, and you’re being given a front-row seat to all of the action.

Each of the eight teams comes from a different London university, with institutions including King’s College London, London School of Economics and Royal Holloway University among those competing.

The group stages will kick off on 12th November, with the teams being split into two brackets: one is comprised of the Central London teams, and the other is the Greater London teams. It’s a battle of the capital’s top talent.

From these qualification heats, four universities will progress to the final for the chance to be named champions of the Planet9 University Invitational and win a share of the £2,000 prize pool.

The event will be supported by HudL.gg with the grand finals being live-streamed on HudL.gg’s Twitch channel on 21st November, and it’s sure to be one of the most highly-contested esports tournaments of the whole year. Each team isn’t just competing for the cash, after all, but also for bragging rights over all their rival universities.

We’ll be bringing you plenty of updates on the tournament as it progresses to make sure you don’t miss a moment of the action. In the meantime, why not head over to Planet9.gg and get your very own esports tournament underway!