Xbox is the way.

Accessed through the perks menu on Xbox, PC, or the mobile app, users can grab a 30-day pass for the streaming service – perfect for flying through a season or two of The Mandalorian.

"Starting today, Ultimate members will be able to stream all of the great entertainment available with Disney+, including content from Disney, Pixar, Marvel, Star Wars, and National Geographic. From old favorites to the latest epic movies, series and Originals from the world’s best storytellers, including the new season of The Mandalorian, we’re excited to provide this trial as a Perk to our members."

Could Xbox Game Pass be collaborating with Disney+ sometime soon?

The two subscription services already seem like amazing offers, and a tie-in would only be an improvement!

Here is our breakdown of the announcements so far, and our take on the rumours flying around right now!

Is Xbox Teaming Up WIth Disney?

The tweet includes a picture of the Mandalorian and Child from the hit Disney+ exclusive Star Wars show, The Mandalorian.

All we're gonna say is that we're not posting The Mandalorian and The Child for no reason pic.twitter.com/LK5iDuzDcn

The caption “All we're gonna say is that we're not posting The Mandalorian and The Child for no reason” hints heavily at some kind of Disney+ collab, but details aren’t yet known.

This wouldn’t be Disney’s first Disney+ deal with a video game company, Epic Games announced a partnership just the other day.

The Fortnite developers revealed that if you make a V-Buck purchase from November 10 until December 31, you’ll receive two free months of Disney+.

This looks like a one time deal, so you won’t be able to buy Disney+ subscriptions on the cheap, but it gives us an insight into what we could see from Xbox Game Pass.

What is the Disney+/Xbox Game Pass Deal?

So far we have two options.

For us, this seems a bit too wild. We’d love it for sure, but it’s not super realistic, unfortunately.

Though if this is the case, we expect the deal might be tied to Game Pass Ultimate exclusively, or lead to a slightly more expensive tier to be able to afford the cost of all the services. 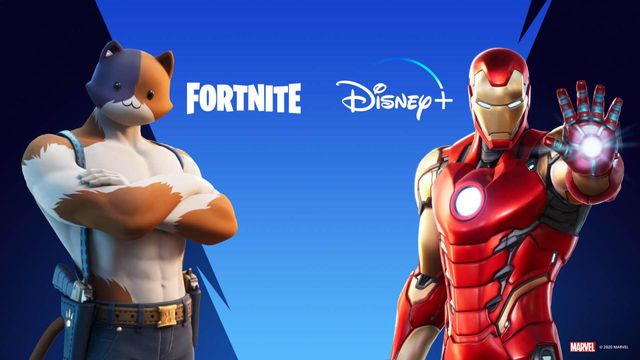 Disney and Fortnite have already struck up a few deals, is Xbox next?

Instead, we expect a deal akin to the Xbox Game Pass perk system.

Most perks net you in-game rewards for Game Pass titles, like currency and exclusive skins, but they have also earned players free months of Discord Nitro or Spotify.

Most likely the Disney+ subscription will match these, likely giving you a few months free before requiring you to purchase to continue!

As we said Xbox Game Pass and Disney+ already offer some amazing hits, be it games like Destiny, Halo and Kingdom Hearts, or whether it’s the Star Wars, Avengers and classic Disney films we all love.

Any kind of partnership seems like a win-win for us!