How Will The Prestige System Work In Black Ops Cold War?

Black Ops Cold War is the next Call of Duty title to coincide with Warzone.

It was confirmed that Warzone will evolve and connect the Call of Duty universe for years to come.

The game is releasing in just under a week, but we now know that the first season isn't kicking off until December 10th.

Still over a month away, Treyarch has now detailed news regarding the long-awaited return of the prestige system.

Call of Duty posted an official blog post detailing an ample amount of intel leading up to the release of Cold War.

This post can be viewed here for further reference as well.

Throughout the blog post, they have noted some key details about the new and revamped prestige system for Black Ops Cold War.

We’ve heard from countless community members who live for the “grind,” putting in the time and effort to earn unique Prestige Icons with each new milestone and showing off their Prestige Level to the rest of the world. We know the thrill of chasing the coveted title of Prestige Master, and the bragging rights that come along with it with each new game.

So, yes the prestige system is back! But this time around they have tweaked and fine-tuned the system around seasons rather than your own playtime.

There is a brand new way that the prestige system is going to work over the course of Black Ops Cold War.

They have noted it as Seasonal Prestige and they have referred to it as their Deepest Progression yet. 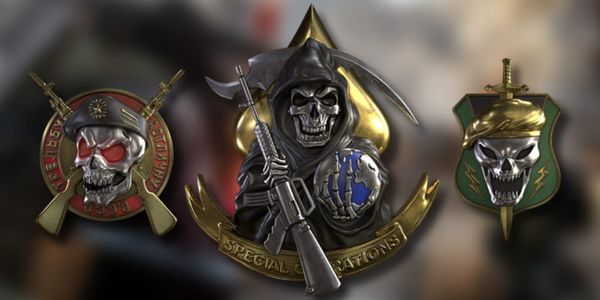 Before the first season kicks off on December 10th, you will be able to earn three prestige symbols; which they have noted is the pre-season.

Once the season beings this is how the system is going to work:

Then, starting with Season One in December, your level will reset with each new Season and your progress will resume from the highest Prestige you achieved in the previous Season. Each Season will offer four additional Prestiges to achieve across the first 200 levels, plus a new Weapon Blueprint to earn at level 50:

In total, you are able to unlock over 25 prestiges over the course of Black Ops Cold War's life span, which is significantly more than any other Call of Duty!

One final note from the blog post is the integration between the leveling of Black Ops Cold War, Warzone, and Modern Warfare;

Players will also be able to unlock new content for Black Ops Cold War and Warzone through the Battle Pass system whether they’re playing Black Ops Cold War, Warzone, or Modern Warfare. For more intel on how progression will work across all three games and all the ways Black Ops Cold War will integrate into the future of Warzone,