Here are all the confirmed winners so far, as well as all the predictions and potential investments you can make for the October POTM SBCs! 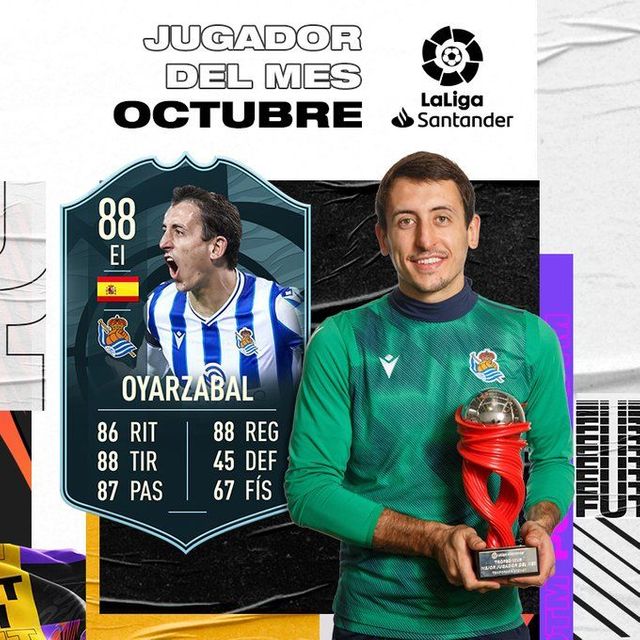 The October Player of the Month for La Liga has been confirmed with Mikel Oyarzabal taking the award!

With 7 goal contributions in 4 games, as well as 4 wins for Real Sociedad, it was hard to ignore the Spaniard, with his SBC looking to be a solid, well rounded card with the 4 key stats for an attacker being 86 rated or higher.

In terms of investments, we wouldn’t really recommend doing too much outside of general high rated SBC fodder. Specific investments are a thing of the past it seems when it comes to POTM investing, so just making sure to have a few high rated La Liga/Spanish cards could be the best way to go. 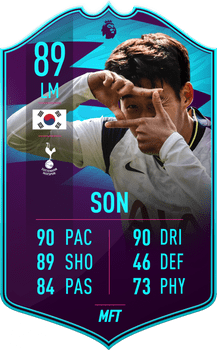 For our Premier League POTM for October, while it’s a close race between Son, Kane and Grealish, we believe that the fan vote will swing in Sonny’s favour given his extraordinary start to the season, and lack of an IF upgrade thus far in FUT 21.

You can view all the nominees and vote for your Premier League October POTM here.

As far as investments go, we’d once again recommend looking at the higher rated SBC fodder cards. Plenty of high end SBCs are coming up over the next month, including the start of icon SBCs, as well as other high end POTM cards, so stocking up on higher rated cards for the near certain high rated squad requirements would be the best way to go.

While Lewandowski POTM is strictly a prediction at this stage, it’s basically confirmed, with 10 goal contributions in only 3 games (double that of the other competitors), and a perfect record with Bayern.

His 94 rated POTM SBC will definitely shake things up, with Lewa beginning to creep up the pace ratings slowly, making him even more usable in higher end meta teams.

We’re expecting voting to commence at some point next week, and you’ll be able to cast your vote here once voting opens and nominees are announced.

Once again, we’re not going to advise specific POTM investments. Instead, we recommend a broader investment into high rated SBC fodder cards that will be needed to complete what will be a group of high rated SBCs. With other top level POTM cards predicted, as well as Icon SBCs, these cards should rise well in value over the next month.

The Ligue 1 POTM race has been one to watch this month, with both Neymar and Mbappe notching a fair amount of goal contributions between them.

Nevertheless, Mbappe would appear to be the favourite with 8 goal contributions in 4 games, 2 ahead of his teammate Pablo Sarabia, and 3 ahead of Neymar.

With these sorts of returns, it’s highly unlikely that Mbappe will miss out on Ligue 1 POTM, and you’ll be able to vote for him here once the voting opens and nominees are revealed later this month.

Once again, high end SBC fodder will be the play here, making sure to stock up on some French and Ligue 1 high rated cards also to cover some semi-specific Mbappe related objectives. This will be a VERY expensive SBC to complete, we’re estimating at least 1.5-2 million coins, so there will be plenty of high rated squads to complete, meaning a big demand for high rated SBC fodder cards.