Harmonix sure knows how to mix things up.

Fuser arrives during unprecedented times, but its timing couldn’t have been better. 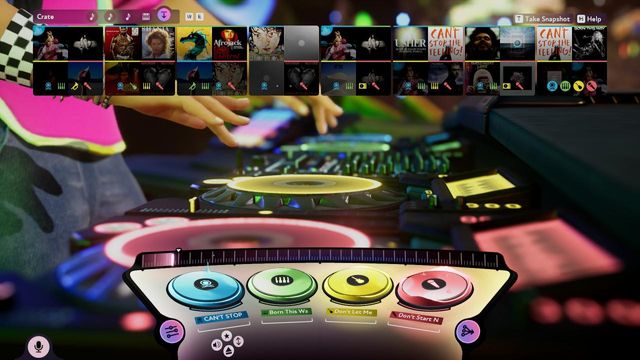 Fuser allows you to live out your DJ dreams

The promise of standing in front of a crowd mixing dozens of songs was appealing from the start, but there’s more to it. Everything is built upon Dropmix’s foundation, the studio’s hybrid that combined a physical card game with music mixing. The sentiment remains the same - you take individual rhythms and instruments from songs to create all sorts of mixes on the fly - but it’s all digital now. And what better setting for a game like this than behind a DJ cabin in vibrant and colorful stages?

Your journey begins creating your own character (it’s worth mentioning that nothing is gender-based) with all sorts of customizable clothing and accessories. From there, you can jump into an array of game modes, including a singleplayer campaign, both single and multiplayer freestyle, head-to-head online battles, and weekly events where players obtain rewards for submitting mixes following certain criteria. 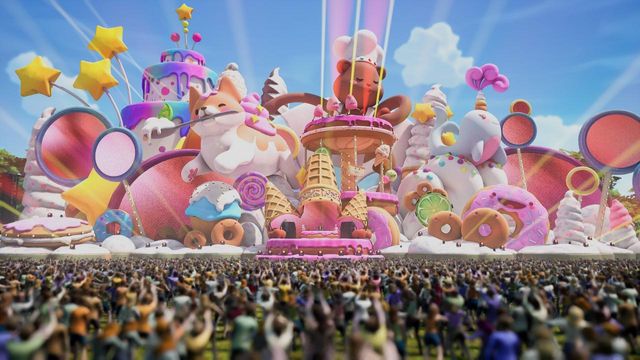 Fuser’s campaign follows a “rags to riches” structure, which works well enough to provide a backstory and not much else. For the sake of providing eye-catching stages, one doesn’t get to see our character doing gigs in smaller venues, which made me miss the progression from crappy bars to colossal stadiums from the Guitar Hero days.

It doesn’t help that it feels more like an extended tutorial than a storyline in and on itself. You meet an instructor of sorts in each stage who teaches you a couple of new tricks as you create mixes and respond to requests from the crowd. The problem is that these are completely random, which makes for some odd combinations, and there are usually gaps between completing a request and waiting for the next task, which leads you to drop as many discs as possible in a quick manner to maintain a high score.

This contradicts what makes the game so engaging in the first place. Fuser presents a new way to experience music without the need of prior knowledge or complex software, and it’s at its best when you take your time to dive into it, and just play around with its features.

This Is How We Do It

Creating a mix is as simple as choosing a song, deciding on which part of it you want to take, and pressing a button to drop it on the timeline. These are all divided into four colours, with a cabin slot for each, but they can be mixed in any way you like (Neil Cicierega fans rejoice).

Placing tunes from Lady Gaga, Childish Gambino, Megadeth, and Erasure at the same time and hearing them coexist never gets old, and there are over a hundred songs to unlock using in-game currency gained from levelling up. 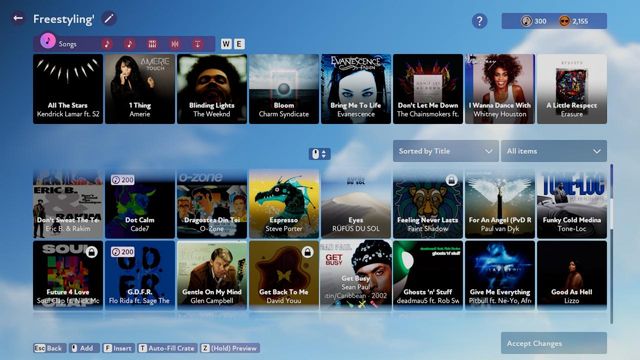 The game's tracklist is impressively varied

The technology isn’t flawless, however, and I found myself adjusting the key and tempo of mixes more often than I was expecting, but it seems more like a learning curve than anything else. Knowing the songs you’re playing definitely helps, too, but the biggest joy comes from unexpected combinations that create all-time bangers.

Harmonix understands that part of the joy is to share these creations, and that’s where the social aspect of Fuser comes in. Not only you can record your mixes and export them as clips ready to be uploaded anywhere - there’s an actual social platform intertwined with everything you do. You can follow people, give likes to their mixes, and share your own for the community to see, as well as taking part in multiplayer matches and events that have their own set of rules and progression levels.

Fuser sets an ambition foundation. It takes the sheer novelty of Dropmix to an unexpected realm and makes the most out of its social potential. It’s a game that invites you to set in for the long haul, rewarding you for your time and effort in multiple ways.

I already see myself returning to it often. Taking part of weekly events, competing against others and ranking up online, or just spending an hour in Freestyle before heading to bed. Live performances might still be far from our grasp, but here, everyone shares the same passion for music. And I can’t wait to see what the future holds.

Neoverse Trinity Edition Review: A Deck In Need Of A Reshuffle

Valheim Review: Is The Latest Steam Hit Worth Buying?