We are well underway with the fourth month of the Dreamhack Online Open Solo event.

Now, a brand new format and event have been announced minutes before the EU Finals.

This new game mode will be showcased during the November month of Dreamhack Open Featuring Fortnite, which is kicking off soon!

Just minutes before the EU Grand Finals, there was a major announcement made on stream.

Everyone was in the stream in anticipation of the announcement and we were not disappointed.

Dreamhack has announced that next month they will be kicking off the next wave of their events with Dreamhack Duos.

Check out the official format via the Dreamhack stream! 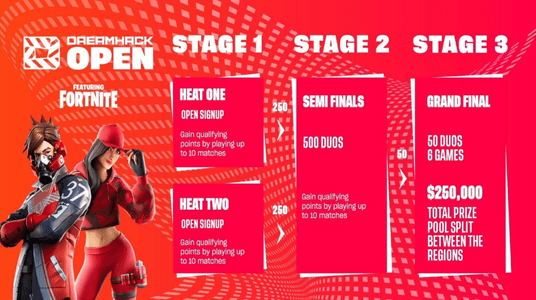 This format is relatively the same as the solo format they were using in previous months.

The prize pool is of course going to be split among the three regions, so the winners will be rewarded heavily!

The same regions will be competing once again in November, this means it will only be Europe, NAW, and NAE!

As well, check out the start dates below. 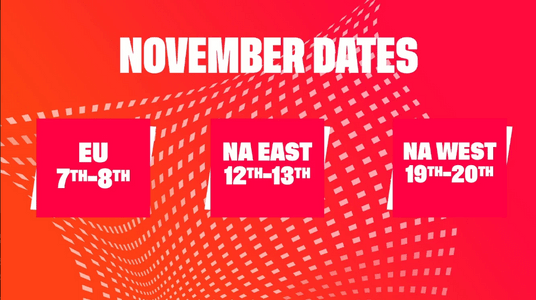 Sign Ups are going to be opening at Dreamhack.com/fortnite

Be sure to get you and your duo signed up.

Here are some notable duos that have been practicing over the course of the last couple of days!