Road To The Final Team 1 could be looking tasty this Friday, check out our predictions now!

Road to the Final is arriving this Friday in FIFA 21 Ultimate Team, bringing the UEFA Champions League and Europa League competitions firmly into the limelight in FUT with crazy new dynamic cards that upgrade depending on team successes during the European competition.

With loads of new top tier cards from the very best clubs in Europe coming into FUT 21, we’re eager to see who gets added this Friday in Road To the Final Team 1!

M20 2ZN was teased, which is in fact the postcode of Fletcher Moss Rangers CFC, the boyhood team of both Marcus Rashford and Jesse Lingard. Out of the two the more appealing RTTF option would be Marcus Rashford!

Another teaser was the number 070118, which would appear to be the date in which Phillipe Coutinho was announced as an FC Barcelona player back in 2018, suggesting he could be the next inclusion in Road to the Final! 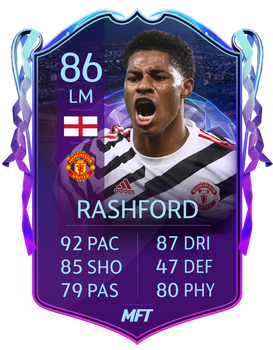 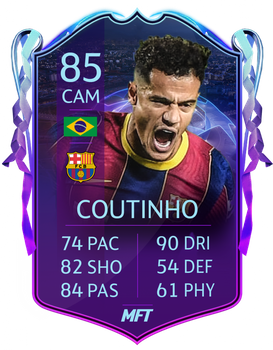 Road To The Final Team 1 Prediction 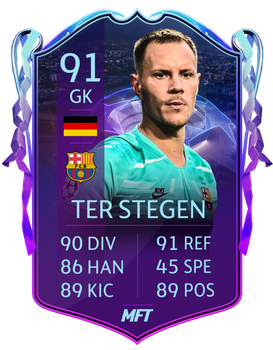 The RTTF team selection always features at least 1 high-end goalkeeper, and this year we think Ter Stegen may be in the selection for Barcelona, offering a high tier, meta GK option that is likely to see good upgrades over time. 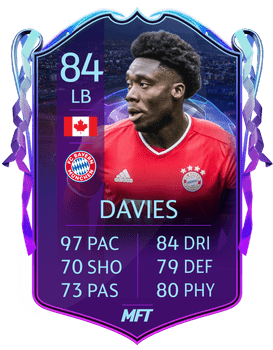 The Canadian really made his mark in world football in the Champions League this year, stepping up in the biggest club competition in the world to become a vital part of Bayern’s Champions League-winning squad last season.

He would be the perfect addition to the RTTF promo, offering a big initial boost with tonnes of upgrade potential if Bayern go far in the tournament once again.

Ruben Dias missed out on a OTW card following his transfer from Benfica, so he could always be lined up for another dynamic item this year in the form of a RTTF card. With solid all round stats, after a few upgrades Dias would become someone to look out for without a doubt!

De Ligt would be another perfect inclusion for the Road to the Final promo, as he’s already a usable player, but after further upgrades, would creep nicely up the power curve. We’re interested to see how Juventus can do in the Champions League this year, and a De Ligt RTTF card would keep our eyes on their performances 100%! 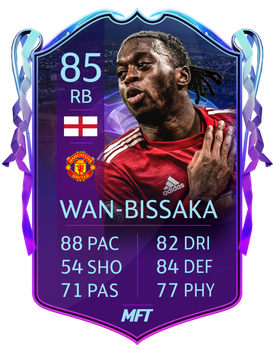 With Manchester United in the Champions League, the possibilities are endless for top meta cards to receive dynamic items. Wan Bissaka would be the perfect option with the likes of Pogba/Fernandes/Rashford etc all having received upgrades and promo cards, with more cards likely to arrive.

Moving into the midfield, we have Konrad Laimer, who we believe would be the perfect RB Leipzig inclusion this year. A nice initial upgrade to his card would create interesting options in the Bundesliga for meta teams, and with big upgrade potential, would keep us checking our phones for the latest Leipzig scores.

SMS may have had a live card in the UCL Road to the Final promotion previously back in FIFA 19, but we believe he’d still be the perfect addition to the FIFA 21 edition for Lazio, with few meta options available in the side.

Representing Atletico Madrid, we have Angel Correa, who adds a little extra depth to the right side of midfield, a position that’s rather scarce currently in FUT 21. Another card with big upgrade potential given Atletico’s difficult to break down style in recent years, he’d be a big addition to FUT 21. 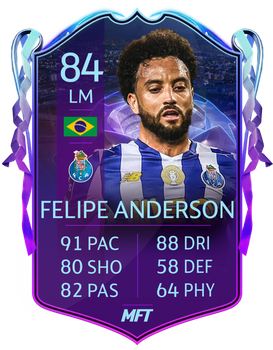 Felipe Anderson missed out on a OTW after moving to Porto from West Ham, however a Road to the Final card could definitely make up for that. He’d be the perfect Porto representative for the promo, offering an exciting new Brazilian LM option into FUT 21, with the possibility for big upgrades should Porto reach the knockout stages.

Promes is without doubt the man everyone wants to see in Road to the Final this year from Ajax. A 5* skiller, his initial upgrade would certainly attract attention, and if Ajax were to recreate their Champions League success from 2 seasons ago, could be an incredible card later in the year.

It’s no secret that Hazard’s time at Real Madrid has been somewhat of a turbulent period, with injuries and lapses in form. The RTTF promo could be EA’s way of offering an upgraded, dynamic Eden Hazard card that isn’t reliant on his own individual performances for upgrades. Furthermore, he’d add a top tier option into the promo with major upgrade potential.

Despite already having an IF, Haland would be an incredible addition to the Road to the Final promotion, given his prolific goalscoring record in the Champions League especially. This is somewhat of a wish, given that he’ll be in line for tonnes more IFs throughout the year no doubt, but we’d love to see where Dortmund could go in the Champions League this year!

Rounding off our Road to the Final Team 1 prediction we have Bobby Firmino, who may not be in the greatest goalscoring form of his career, but is still a valuable asset to Liverpool’s attack. We’d expect a couple of Liverpool players to make the selection, and Firmino would be a prime candidate.